First stop, 2,608km from Perth, was Christmas Island where the band kicked off the tour with a series of workshops. Over two days, 75 local school students practiced their rhythm and singing and were taught moves and grooves from Grace Barbé’s native Seychelles in Sega Dance workshops. 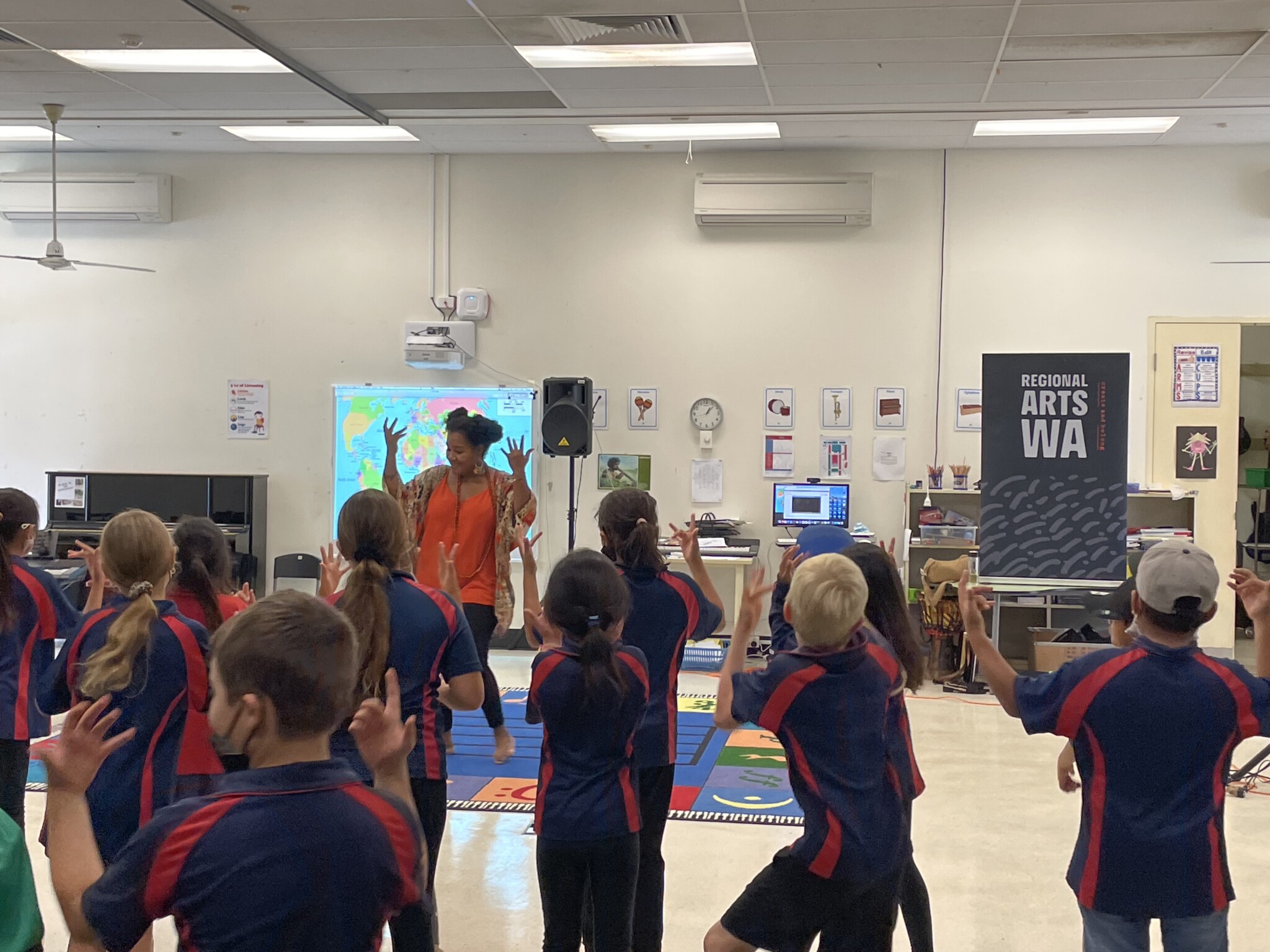 Wrapping up their time on Christmas Island the band performed to a 230+ strong crowd with a concert at the Cricket and Sporting Club, clearly a hit once again with the Christmas Island community.

“You are so insanely talented! I love your music, your vibe, and your spirit! Thank you for the dance I have needed to spark my soul.”.

“This day has really made me happy. Thank you for bringing joy.”.

“A breath of fresh air for Christmas Island.”. 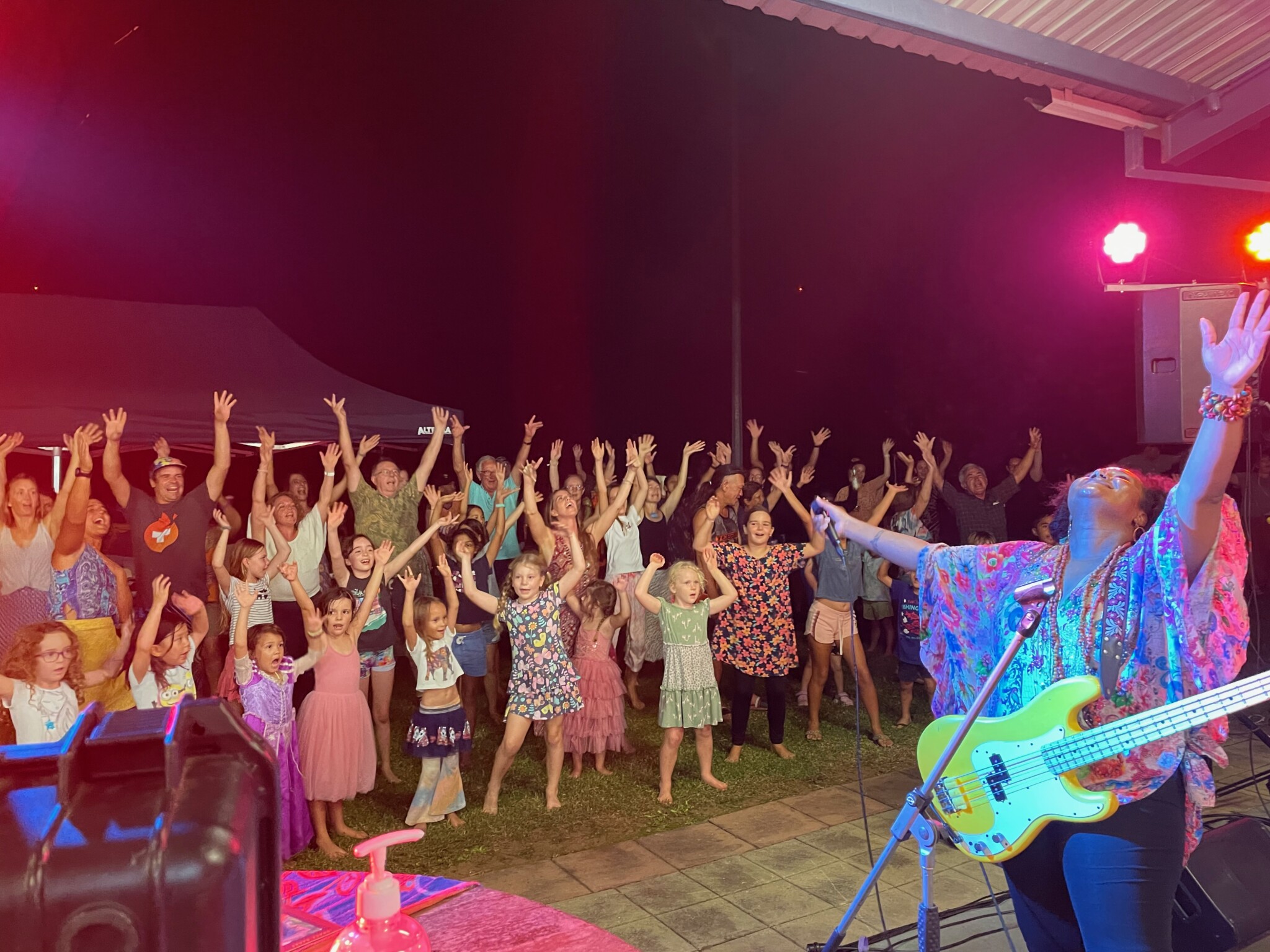 On their next stop, travelling 980km to Cocos (Keeling) Islands, the band was due to perform on West Island at Scout Park when torrential rains threatened to ruin everyone’s fun. Some quick thinking allowed the event to be relocated to the High School where, despite the heavy rain, 48 attendees turned up in support until the very end. Grace Barbé Afro Kreol continued to leave their mark.

“It was such a brilliant performance! Loved hearing music I’ve never been exposed to before. Come back anytime!”.

“I loved it. One day I want to be a great singer just like you. Maybe we could play together one day”. 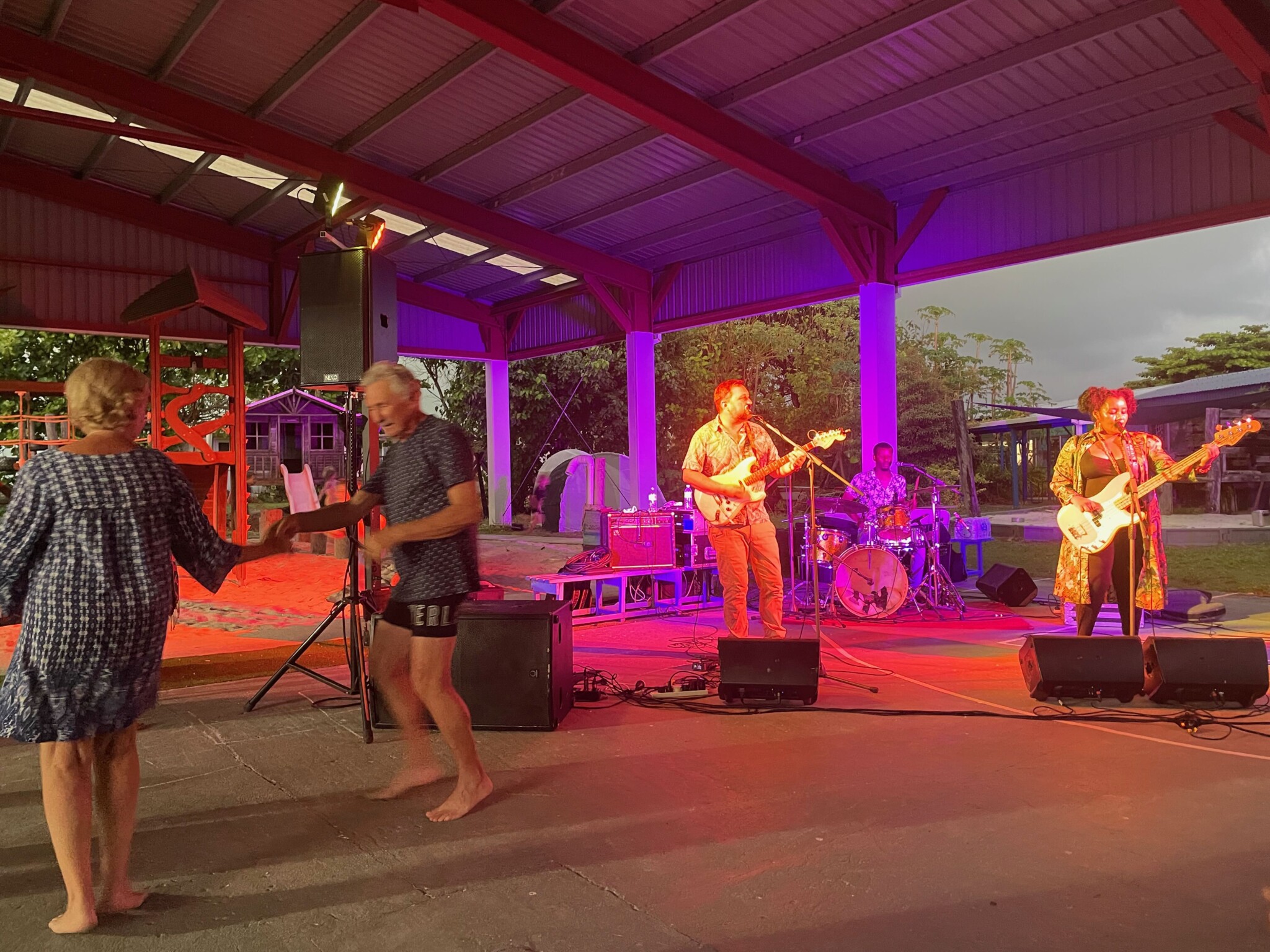 Travelling by ferry across the lagoon to Home Island, the only other inhabited island in this magical chain of 27 islands, required an early start. 600kgs of production equipment and instruments needed to be driven down to the end of the jetty and loaded on to the ferry before the “rush” of workers heading over to the island for the day.

On Home Island, workshops were run at for 60 excited students at the local school. The first group, aged kindergarten to year four, were taught about the culture and language of Grace’s native neighbouring Indian Ocean island, Seychelles (a mere 4,618km away!) and then taught a Creole lullaby and a dance to go with it.

The second group of students from years 9-10 were taught about the island rhythms of Sega and Seggae (a Sega version of reggae) and how the band use the rhythms in their music.

“Awesome performance. We loved it!”.

“I really love your songs.”.

The finally cherry on this coconut flavoured cake of a tour was a Creole Cuisine Cooking Workshop, held for the community the day after the performance on the southern foreshore of Home Island. A market day and a traditional sailing boat race were also lovingly organised by the local Shire to compliment the event.

The majority of Home Island residents were in attendance, some 300 people out of the tiny 440 population of the island. The cooking workshop surprised and delighted the community with 20 community members attentively engaged in the workshop. There were repeated requests for Grace to perform again. 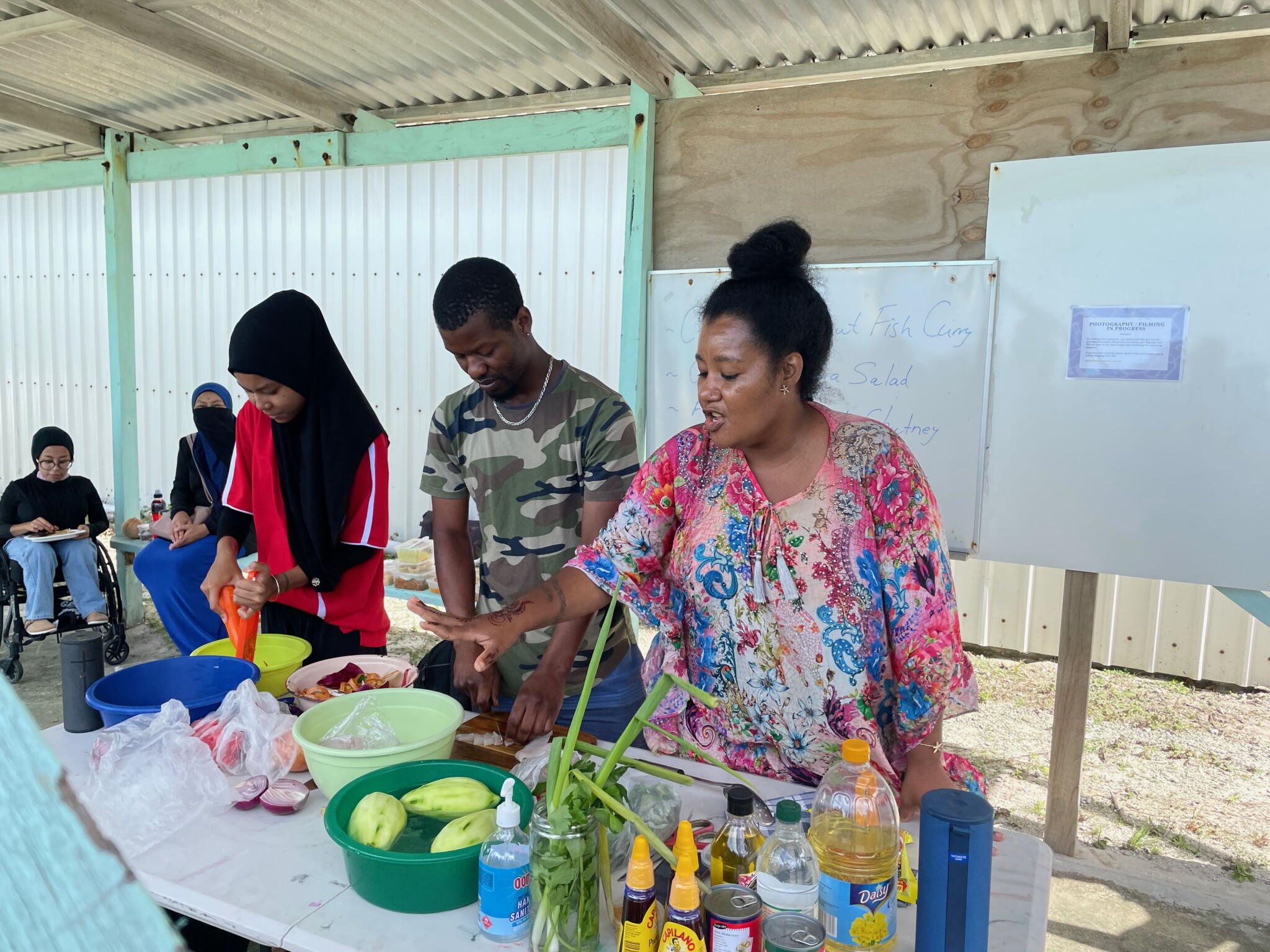 “[It was] An incredible tour to be part of. Immense gratitude for the magic and connections made. The sharing of music and culture, the funding and assistance made possible, the ability to work together with presenters, venues and schools, and the opportunity to engage with communities. What a wonderful way for artists to experience the Indian Ocean Island Territories”.

On Grace Barbé’s second tour of the Islands, it’s safe to say, coconuts were definitely shaken!! 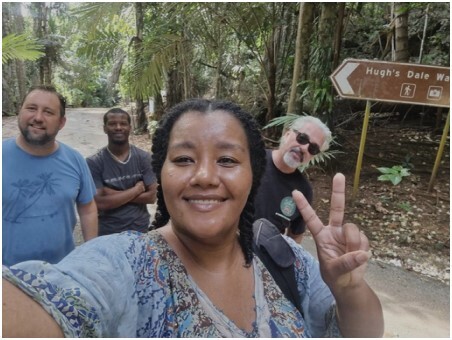