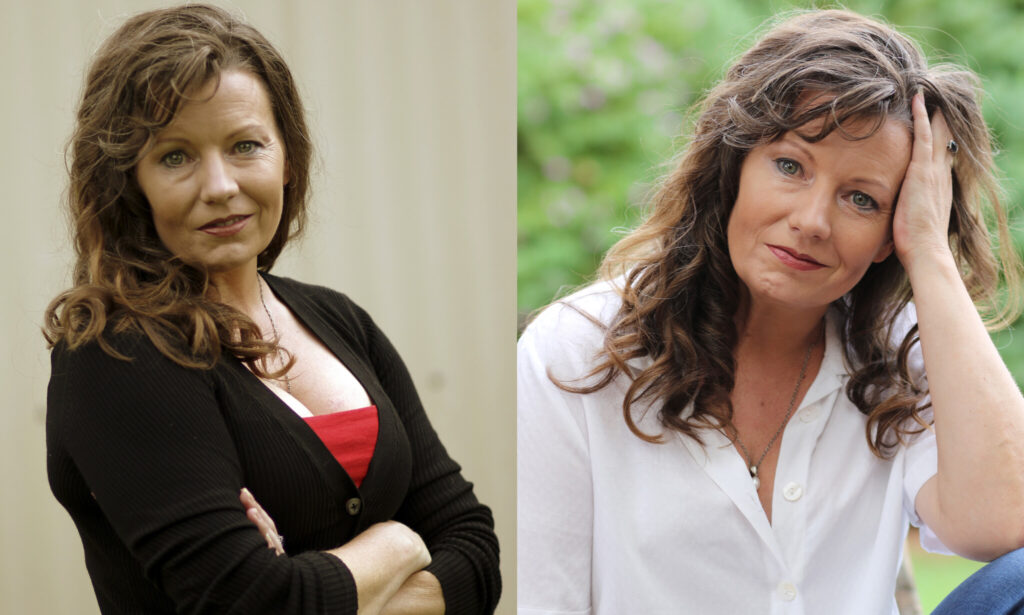 On the left, SJ Eeles – Interviewer and Copywriter, and to the right, SJ Eeles – Author and Creative. Photos by Ten Sharks Photography

Thanks for agreeing to this interview, you look fabulous.
A – Why thank you, you too.

Before we get too involved, what’s one question you get asked that you hate the most?
A – This one… But there’s one question I’m often asked, that I don’t hate, I just don’t really know how to answer it.

And what’s that one?
‘Where do you get your ideas from?’ For me it can be anywhere and everywhere… it can start as simply as ‘I wonder what it would be like if…’ or can come across a random thing that instead of giving me ideas down that path, it will send me in the completely opposite direction, but I would never have thought of it if I hadn’t seen that one thing.

I read on another author’s website Kay Hooper, who probably answered it best for me… it’s hard to answer, because she’s never not had ideas, it’s just the way her brain works, like a person with synaesthesia – they actually see colours and lights when they hear music… how is that person meant to understand someone who doesn’t?

I get ideas from conversations, everyday actions and idle thoughts, but my best ideas do come from when I allow my mind to be bored. I don’t reach for my phone, or turn on the TV or grab a book, I just wait and be bored, and then my mind starts wondering and wandering and I’m no longer bored, instead I’m suddenly exploring new trains of thought and story arcs.

When you are being interviewed do you sometimes find the answer is already said for you? … I mean, do you find some interviewers elaborate on their questions so much that they basically say all the information you could give for the answer, leaving you with nothing extra to say?

How did you get started on this creative path?

I’ve kind of always been on it, but it’s only in the last few years I’ve really been working at it hard. I’ve always loved writing, performing, singing, stand-up comedy, pretty much anything that gets me on a stage. Writing is my number one passion, but I’ve also found all the other disciplines can teach me so much about writing too, and that’s not something everyone thinks of.

For example, stand-up comedy, learning to craft a joke, taught me so much more about sentence structure and word arrangement to make the most impact than any other study I’ve done. The order of the words is critical in whether a joke is ultimately funny or not, and the most impactful words, the punchline needs to be last. If people are laughing, you don’t need to keep adding extra words… the sentence/joke has done its job, move on to the next one.

And acting and improvisation have taught me much about painting the scene and character development. No one likes playing Tree #3 or Rock Bunny #4, so if they are the characters you are writing, either give them a motivation, trait, and something to do, or delete them from the story. They aren’t necessary.

And how did you get from that, to now?

A few years before a milestone birthday, I was having a lot of fun dabbling in all these things, and had always been convinced I would be a full time writer and author one day, but when I looked around and thought ‘where is this life I’ve always been convinced I would have? If it’s not here by now, when is it going to happen? And that’s when I realised if that’s what I wanted, I was going to have work for that life and work hard. So I vowed to finish writing projects – it wasn’t that I didn’t have finished works at that stage, but the ‘Drawer of Unfinished Projects’ was full of well begun, but never done works – I would book comedy gigs in at least three other towns and practice a new song once a month to add to my repertoire that could be performed. It’s the kind of decision people make after a life changing event, but I didn’t have any of that, just a realisation that to be living the life I wanted, this is want I was going to have to do… then the doctors found the tumour.

Yes, a big one, in my head, putting pressure on my brain. I called it Earnest.

You named your tumour?

Yes, it was much easier to refer to it as Earnest, than great-big-scary-white-blob in my head. But for those playing at home, its official name was a Vestibular Schwannoma, and mine was a fat ball about the diameter of a 20-cent piece. It wasn’t malignant, so once it was removed there was no extra treatment, just about three month’s recovery to get back to normal. Which really put a dampener on my creative dream plans. But here we are six years later and I’m definitely on track. Since Earnest,
I’ve thrown myself into my creative career full time and written two novels with a third hopefully out by the end of this year.

What do you love most about writing?

Everything! I even enjoy the bread and butter jobs I do for others with website copywriting and grant applications. Crafting words into sentences to say what I want them to say, and make people feel what I what them to feel is a kind of magic to me, and I love all of it. As for creative writing, yes it’s all about creating and exploring new worlds, but I also find writing a story is like being in a play where you get to play every single character and be the director too! It’s brilliant. Even when I’m having a day when nothing works, it all seems obvious and clunky and I hate what I’m writing, I still love it. It’s like that saying a bad day’s fishing is better than a good day’s work… well a bad day writing is still a bloody good day.

You’ve said before you’re a writer and author, aren’t they the same thing?

Yes and no. Not all writers write books. And not all authors write anything else but books. I love writing novels, but I also love writing on many other different projects too…. short stories, monologues for special events, immersive theatre murder mysteries, historical ghost walks with scripted characters playing ‘ghosts’, pretty much anything that grabs my attention or a story that wants to be written in that particular format. I even wrote a storyline and concept for an Escape Room recently and that was a lot of fun working with a team who created and designed all the FX, computer programming, logistics, props and mechanics… I just did the fun stuff of a bit of storyline and now there is a completed kitted out, portable Escape Room touring regional WA. So much fun.

And what does the Creative part of your title cover?

It’s an umbrella term for everything else I do. Depending on the project I’m working on or application I’m applying for, I’ll be more specific with stand-up comedy, improv, project coordinator etc… whatever is the most relevant. As I mentioned before, I’ve found that many of the skills in one discipline have a bleed-over beneficial effect on others that you wouldn’t necessarily think have much in common. It also covers the various projects I’ve been part of or are working to make happen like shows, performances, art trails etc, I love working with others to make something happen for others to enjoy, anything that scratches that creative itch and brings something positive to the community.

Thank you SJ, it’s been a pleasure interviewing you.

Thank you SJ, it’s been fun. You’ve made this very easy.

SJ Eeles is a WA author with two novels, Original Sin and Dire Conditions available in select bookstores and online and lives in both Kalgoorlie-Boulder and Esperance. She recently completed a series of successful in-school creative development workshops in five towns across the Ravensthorpe Shire in March 2021 and a month-long residency in Carnamah as part of the North Midlands’ Ebb+Flow Project.