It’s been another epic year for Sand Tracks, as the tour travelled 5,487km to bring bands from Australia’s Top End and Tableland to the desert heart of our nation.

Sand Tracks 2019 kicked off at the Bush Bands Business conference at Ross River, where six bands and three Desert Divas were selected alongside the two Sand Tracks Bands to receive guidance and mentoring from some of Australia’s finest music industry professionals.

Bush Bands Business is an opportunity for these musicians to learn how to market their music, and to develop new music techniques in rehearsals with mentors Drew Goddard (Karnivool) Warren H Williams (performed with John Williamson). This is all capped off with a huge performance at Telegraph Station, Alice Springs – Bush Bands Bash. This is what really starts the tour off with a bang, as thousands cheer on the collection of Australia’s best Central Desert musicians. 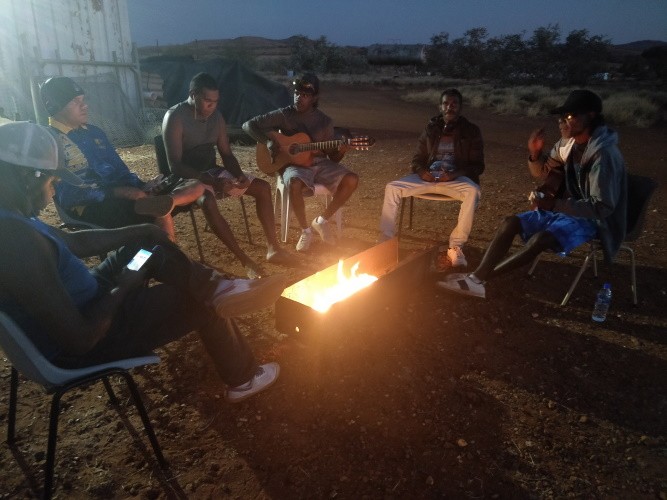 Sand Tracks is a great opportunity for bands to create a few new jams around the campfire. Picture by James Winwood.

In Warburton the Sand Tracks performance was combined with Desert Dust Up, a three-day festival where all the schools from the Ngaanyatjarra Lands come together as one. While on tour Mambali and Barkly Drifters visited the music studios at NG Media and Wilurarra Creative Studio, where they jammed with local bands and Mambali recorded a song in Warburton that was mastered by Barkly Drifters. 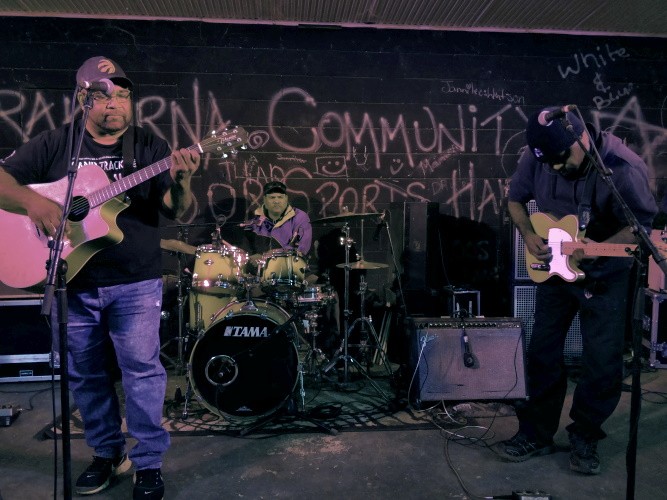 The Barkly Drifters steady country rhythms were loved by all on the Sand Tracks tour. Picture by James Winwood.

Chris Reid, lead singer of Irrunytju band (who toured with Sand Tracks 2017) was thrilled to have the tour back in town.

“It was the best Sand Tracks show ever.”

The last stop on the tour, Kiwirrkurra, looked to be a challenging show with the evening forecast for storms and high winds, but community spirit triumphed as the local shop in Kiwirrkurra Store closed early so the Sand Tracks crew could set up to play the show, using the store’s verandah as a stage! There was an awesome commitment from audience members in Kiwirrkurra, who turned up en masse despite the wild weather, most enjoying the performance from the comfort of their cars and a brave few dancing their hearts out in the rain. 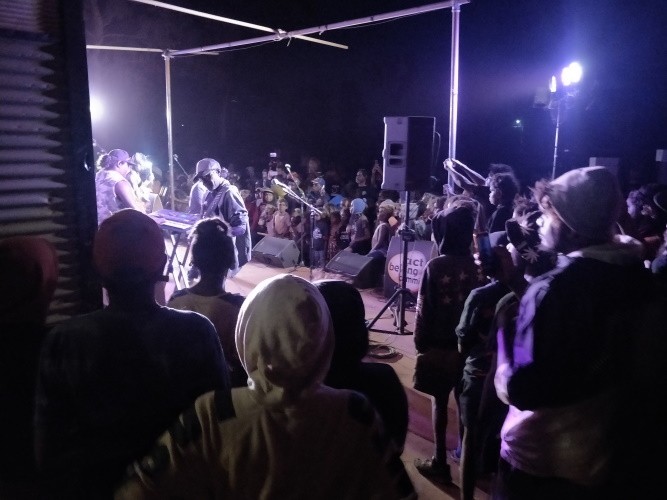 Sand Tracks audiences love to get up close to the bands, and that doesn’t just mean front of stage! Picture by James Winwood.

Matt Griffiths from Warakurna is already looking forward to the Sand Tracks tour in 2020 and is in the process of coordinating monthly music nights in the community.

“We are working towards a hall grant and the fact Sand Tracks used the hall has inspired us to move forward with the application,” he said.

“The fact that [so many] people turned out for the event with competing cultural and sporting interests on the same weekend shows how our community fully supports a great group of artists and supportive roadcrew.” 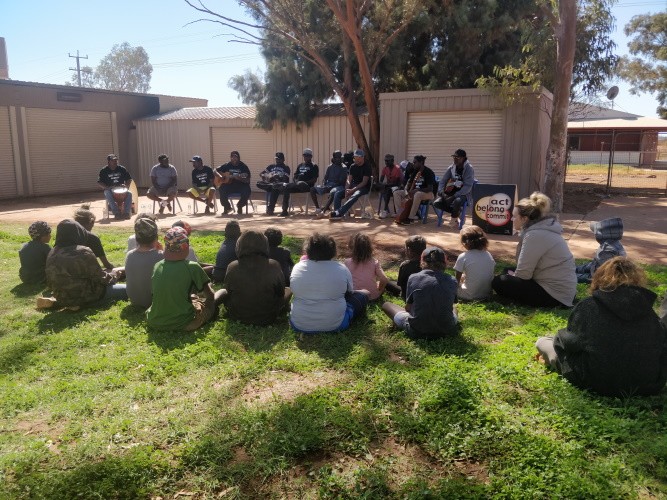 Workshops were conducted in each community, where participants were given personal music tuition by the Sand Tracks bands, and also hear of the country that the bands come from, as the band members share their culture and life story.

This year Regional Arts WA was excited to be able to work with NPY Women’s Council to deliver the Healthway Act-Belong-Commit message to the communities Sand Tracks visited on the tour. A mindfulness colouring book created by ngangkari senior Indigenous women through the Uti Kulingtjaku Project was distributed to workshop attendees. The colouring book helps individuals “colour towards clear thinking”, promoting positive mindfulness. 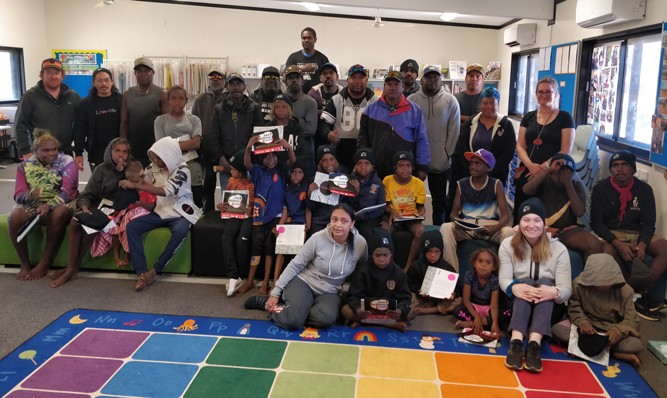 Band members had a lot of fun spreading the Act-Belong-Commit “Stand Strong Together” message of through their own stories and these books in the workshops – and it was great to see the community embracing the message too.

This is the 11th year for Sand Tracks, and while the bands will be hopefully taking a well earned break at home, we can’t wait to get started on the 2020 tour! If you want to know more about the Sand Tracks program or any previous Sand Tracks tours you can find more information here. You can also follow the Sand Tracks Facebook page for more news and updates. 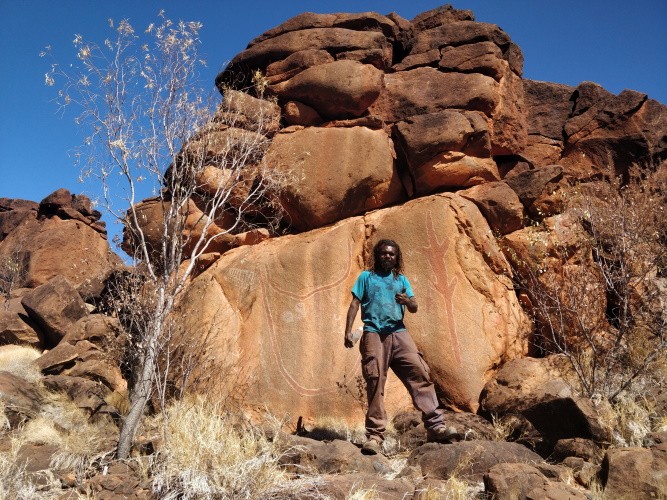