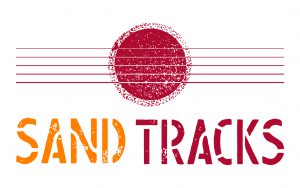 It became increasingly clear that there was an enormous appetite for performances amongst remote Aboriginal communities and the 2009 Sand Tracks Report concluded that communities in the central desert region wanted to see high profile bands tour but also needed an outlet for highly talented local bands to gain industry experience and develop their own audiences.

A pilot tour in WA in 2009 was very successful and each year since then the excitement generated by the headline bands, all extremely popular contemporary Aboriginal musical acts, has been immense. Each band has delivered a uniquely exciting and inspiring tour to the communities of central Australia.

For a look at the 10-year history of the Sand Tracks program check out the video below!

If you would like to receive further information or wish to receive assistance, please contact a Regional Arts WA project officer on regional freecall 1800 811 883, or 08 9200 6200.

In 2019 Sand Tracks toured the hugely popular Mambali, who brought an incredible line up of songs in English and Nunggubuyu all the way from remote coastal community of Numbulwar. They were paired with rapidly rising country stars the Barkly Drifters, a four-piece drawn from around the Barkly area, who forged their sound at Tennant Creek. The 24 day tour visited 5 communities and was even labelled as “the best Sand Tracks tour ever!” by Irrunytju Band’s Chris Reid.

2016 brought the legendary Lajamanu Teenage Band together with the new sounds of Desert Hip Hop, who came together from three remote communities spanning 700 kilometres of distance across the Barkly region. Desert Sevenz from Ampilatwatja community, The Hill Boyz from Epenerra community and The E Town Boyz from Elliott. This was the first time a hip hop group had joined the Sand Tracks tour. The tour put on shows at Bush Bands Bash in Alice Springs, Kiwirrkurra, Mirlirrtjarra (Warburton), Warakruna, the NG Lands Festival in Irrunyjtu (Wingellina) and Amata.

2015 was a year of firsts. The first time a band had completed the full cycle of Sand Tracks. In 2010 Tjintu Desert Band – then known as Sunshine Reggae Band – were invited to Bush Bands Business in the Northern Territory. The following year they were selected as the emerging band to join Nabarlek on the 2011 tour. Four years later they came full circle to be the top voted band by the remote Aboriginal communities of the central desert to headline the tour. Rayella, the emerging band, hailing from the Marlinja Community in the Northern Territory also made Sand Tracks history in 2015 by becoming the first band with a female artist to join the cross-border Sand Tracks tour.

In 2014 the headline act was Blekbala Mujik from Barunga in the NT who music takes ancient knowledge and tradition and reinterprets it for the modern world. Blekbala Mujik carries a message of reconciliation and shared dreams. Running Water were the support act; rallying the crowd to dance and sing along to their Luritja lyrics.

In 2013 Nabarlek’s enduring popularity and professionalism saw them again selected by community vote. They were joined by Sandridge Band from Boroloola in the NT, who create a great atmosphere for dancing when they combine traditional songs and English with positive lyrics about living right in a small community.

In 2012, The Tjupi Band played energetic and emotive desert reggae. Singing in Luritja as well as English, Tjupi Band epitomises central Australian desert reggae – sparse, upbeat, driving kick and snare. Their songs are about loneliness, country, love lost, listening to Elders, following tradition, social issues, skin pride, tribal unity and most importantly pride of culture. Tjupi mentored the Blackstone band from Papulankutja in WA as they toured their home communities performing in both Ngaanyatjarra and English about their land and heritage as well as the social issues surrounding them.

In 2011 Nabarlek delivered a performance that moved from traditional song and dance through acoustic contemporary songs to rock. Nabarlek’s music reflects the ancient stories and customs of the ‘rock country’ people and is usually performed in a  modern arrangement, sung in their language, Kunwinj’ku. They were on the road with Sunshine Reggae Band who are now known as Tjintu.

In 2010 Manuel Ngulupani Dhurrkay from Saltwater Band delivered beatuiful traditional songs such as ‘Gopuru’ and ‘Mala Rrakala’, each sounding as though it were written yesterday but in fact both are over 10,000 years old. Manuel was supported by the Iwantja Band whose unique desert reggae sound had audiences up and dancing.

2009 was the very first year of Sand Tracks, launching a pilot with the award-winning Yabu Band and Moana Dreaming that would tour to Kalgoorlie, Laverton, Warburton and Irrunytju.

To see reports and documents regarding the Sand Tracks tour’s development, click here.

Lotterywest Shows on the Go

Shows on the Go