Applying for funding for the very first time can be overwhelming. But what about when your application is knocked back? We chatted with first-time applicant Leith Alexander about how persistence pays off.

Leith was in her early career as an artist when she applied for the Regional Arts Resilience Grants in 2020. Previously working in sound design for television, and as a Digital Producer for big hART in the Pilbara, she had dabbled in the arts industry but not yet identified as an artist.

“I was always an artist but didn’t realise it. As a kid, I was constantly drawing and things. But when you’re an adult, you just kind of think, ‘No, I’m not allowed to do that. That’s silly.’ My job at big hART and the support of my colleagues there helped me to think maybe I could maybe pursue this.” 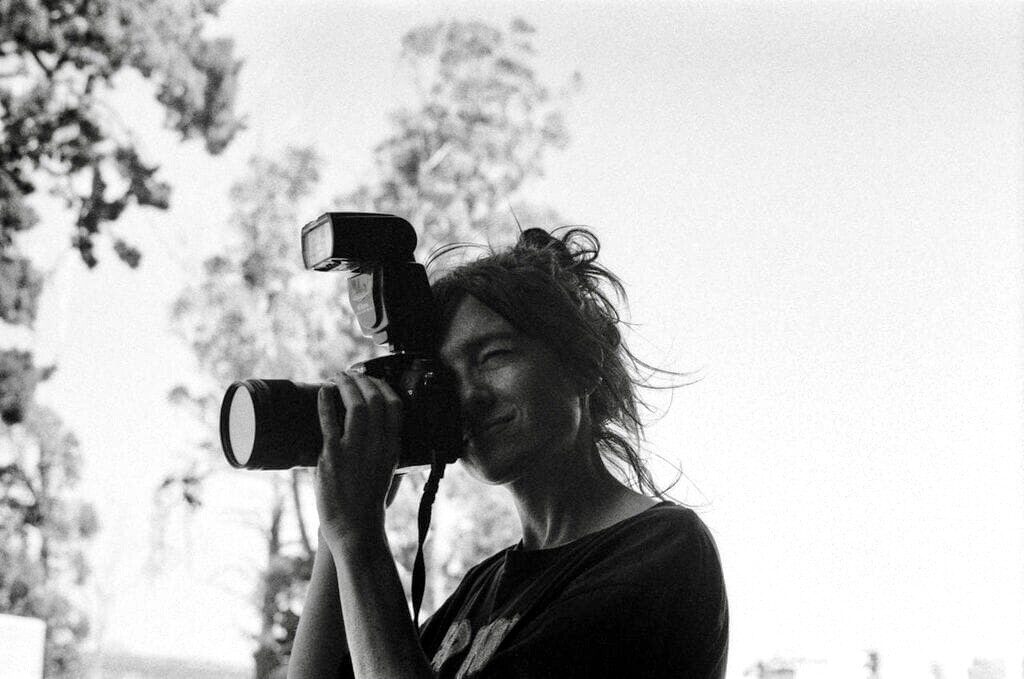 Image: Leith Alexander behind the lens. Photo by Margaret-Ellen Burns.

After COVID-19 forced her out of the Pilbara, and back to her hometown of Narrogin, her desire to capture the shearers of the Wheatbelt put her on the lookout for opportunities that could support her vision.

“I don’t really have an arts background, but an advertisement at the Art Centre in Narrogin caught my eye. They were giving away $1,500 for an arts project. I thought, ‘that could help bring my project to life.’

I’d started taking to the idea of myself as an artist. I had already started taking a few photos of shearers in my own time.  So, I applied… and didn’t get it. But they liked the idea and encouraged me to apply for a grant through Regional Arts WA. Which was daunting, but thought I’d try anyway.” 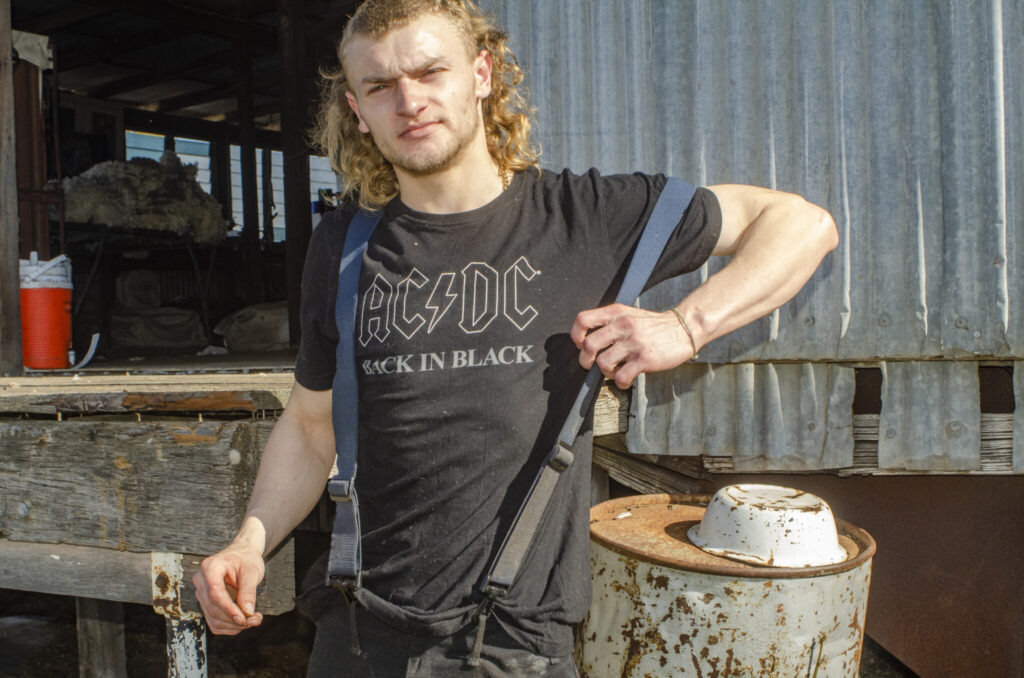 That’s where she found the Regional Arts Resilience Grants of $15,000. Being new to the process, Leith enlisted the help of a friend.

“Looking at the application form… it was like a whole new language for me. I thought it’d be a good idea to get a mentor, because I’m so new to the industry. So, I contacted a professional photographer based in Sydney and asked him to be a mentor for the project.”

Leith soon discovered that putting together an application is no quick task. After getting in contact with Regional Arts WA’s Project Officer Hannah Chambers for a quick chat about her idea, she put aside several days to get all the information she needed together.

“I probably drafted each answer about three or four times before finalising them. It’s a really good idea to draft your answers and then just copy and paste them into the application form. Part of the process for me was taking photos of shearers and editing them to put into the submission. I also contacted my project mentor to get a letter of support. This helped demonstrate that I could deliver on the project. I didn’t realise you had to do all that kind of stuff, but it makes complete sense!” 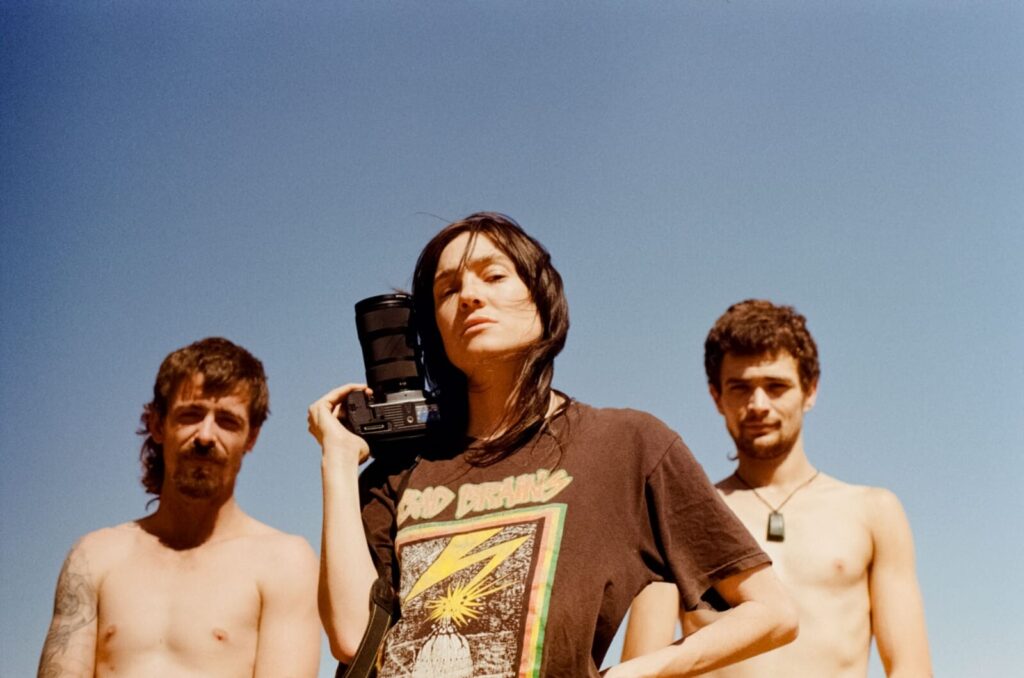 Image: Leith and the Boys. Photo by Margaret Ellen Burns.

After dedicating so much time to her application, Leith hit the ‘Submit’ button and waited patiently. Several weeks later, the email came in to say she wasn’t successful.

“It didn’t feel good. But it wasn’t like I was expecting to get it. Because again, it was like a new world to me.”

Luckily, the Regional Arts Resilience Grants had multiple rounds, so Leith had the opportunity to reapply for the next round.

“I wasn’t going to give up. I knew that my idea was strong. Plus, the fact that I had received feedback about what to fix made me think ‘this is not impossible’. All I needed to do is listen to the advice and make those amendments.” 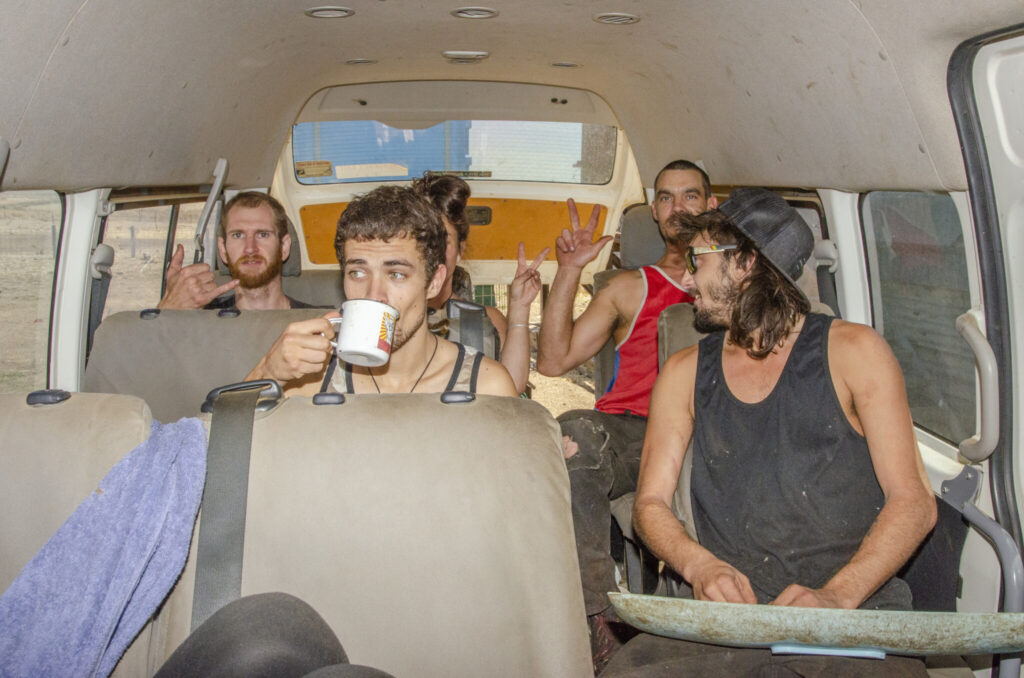 For Leith it wasn’t exactly back to the drawing board. It was just about strengthening the work that she had already done.

“I needed to get a few more letters of support, including from one of the galleries. Also, the panel wanted to hear more about how my mentor would be involved.

Through this process, I ended up changing my mentor to another photographer named Margaret-Ellen Burns. We already had a great rapport because she was also based in regional WA (Kalgoorlie) and was a good friend of mine. She really understood my vision and was able to help me realise the potential of this project.

When answering the questions, I would talk about my idea out loud, and she would repeat it back to me. That really helped me to write my application in a way that others could understand. She was also able to come on the road with me for the first two weeks, and the grant would enable me to pay her a decent mentor fee.”

Spoiler alert: Following her resubmission, Leith was successful in receiving the grant and went on to do some pretty awesome things.

In a perfect circle moment, her funded project S H E A R was exhibited at Arts Narrogin in April 2021, followed by a showing at Nyisztor Studio in Palmyra, Perth. 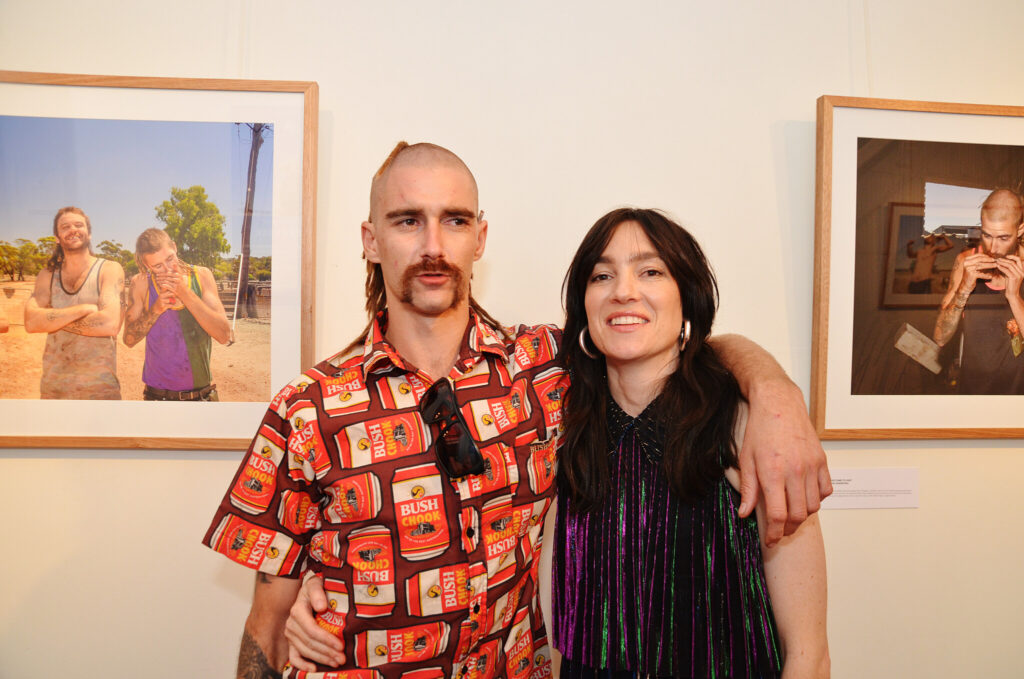 Image: Leith Alexander and Bradley Pauley (one of the shearers featured in the series, also in exhibited photos behind Leith and Bradley) celebrating the official opening of the SHEAR Exhibition at Arts Narrogin’s NEXIS Gallery space. Photo by Darren Mok, courtesy Arts Narrogin.

So, what advice does Leith have for first-time applicants?

“One thing I learned is that the assessors want you to succeed! They want to pick up your application and be like ‘this is the next project we fund’. So, it’s important to make their job easy, double check things, triple check them, make sure nothing is missing.

I think language can be a huge barrier. The art world sometimes has its own language. And I didn’t have that language, so I found others in the industry who I could talk to. And if you don’t have anyone like that in your life, then call a Project Officer at Regional Arts WA. They are always happy to talk things out with you.

And if you get knocked back, that’s not a reflection on you, or your ideas. Maybe you just didn’t write in a way that spoke to the person reading your application, or maybe it was just competitive. Don’t be discouraged. Try again.”

To keep up to date with current grant opportunities visit regionalartswa.org.au/funding