The symbiotic benefits of having a School-Based Trainee

This story was submitted by a member of the regional arts sector: Julian Canny from Euphorium Creative. We love sharing stories from the sector. If you want to find out how to submit your own stories, take a look at the submit your story page. We can’t wait to hear from you!

Joel, a passionate young circus student and performer, always saw the separation of his school studies and dreams of working as a performing artist were at odds with each other. Originally unsure about his future pathways, Joel met with Arts Producer Euphorium through volunteering at a community event and by pure chance shared his dreams with some of their team. A week later he found himself doing work experience with the company as part of his Year 11 studies. 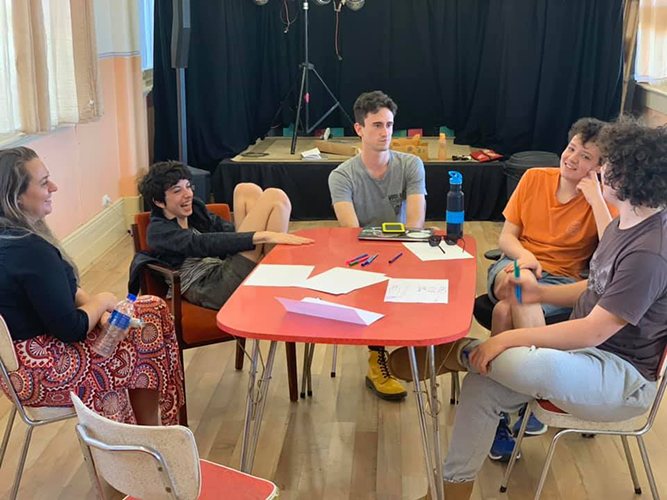 During this time, Joel and the team at Euphorium were able to discuss the possibilities of a traineeship and accompanying qualification with the help of the school’s VET Coordinator.

“At first, we all felt good about the opportunities, real world experience, training, and guidance we could bestow upon and share with this enthusiastic young person, but in reality Euphorium got as much value from Joel as he did from us!”

Although not the determining factor, government incentives provided Euphorium with financial support to help cover the risk of bringing on a trainee for a 12 month commitment.

“After about 3 months I had learned a lot which I was able to bring into my own artistic practice. I was given overtime hours to partake in more activities and projects resulting in being able to leave my other job, and get the opportunity to follow my passion.”

After 9 months, Joel started support work in the research and development side of the business. In doing so he realised he had an aptitude for understanding systems and workflows. Over this period of time he has worked closely with our Business Development Coordinator, Julian  to develop systems, tools, and solutions to problems in the arts sector.

“Having Joel involved in development really showcases the value of his work. His input enabled us to progress the development of new programs, which are now a big part of the value our company creates. We did not even know that we needed someone with these skills!”

Now that Joel is in the last few months of his traineeship, Euphorium is budgeting and planning to introduce a new role for an Arts Systems Analyst. This role will allow Joel to continue working on his own performance career while having  a job in the industry he is passionate about to transition into as he finishes Year 12.

How the program works:

Joel exchanges one day a week of school with working for Euphorium – either in the office or out in the field – on various projects under the guidance of our other employees. Euphorium engages Joel as a part time employee, paid on school based traineeship wages.

Joel gets to acquire real-life experiences in planning, logistics, and strategy implementation through the delivery of a diverse range of arts projects, initiatives, and events. He has been involved in many processes across the board, including website design, blogging, creating and providing content, systems analysis, data collection, and data analysis, which are all critical in delivering the core objectives of our business.

What Euphorium as the Employer gets:

The resource of a younger person’s fresh eyes and fresh attitude on the team when tackling issues, solving problems and researching new ways to do things.  From a younger person new to the industry, you are never going to get a “but that’s the way it’s always been done” attitude, because every experience is new to them, and they have no prior prejudices.

Joel has been instrumental in designing some of Euphorium’s new processes, providing new perspectives, and working with various stakeholders.  His contagious delight, fresh enthusiasm, and indefatigable passion for the industry is invigorating to our team… as well as sometimes being a little disruptive. 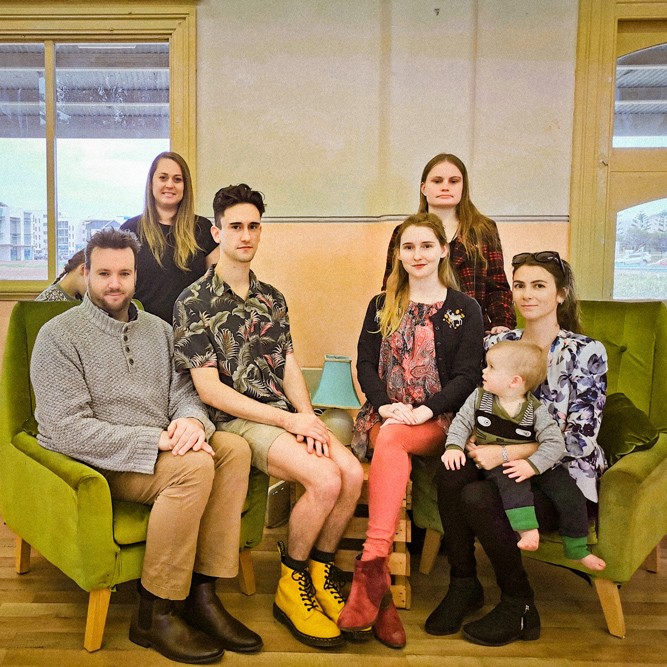 The Euphorium team, hard at work and play. Picture courtesy of Euphorium Creative.

What Joel leaves with when he finishes his Traineeship:

What a Trainee could do for your organisation

Having a School-Based Trainee was beneficial and eye-opening for Euphorium, and would likely work well for any business. It not only turns your business into a training ground and launching pad to the right candidate for a career in your industry, but it also adds a member to your team, who, as they develop under the guidance of your training, can only enhance your business and contribute to a better future for all parties involved.

Euphorium is currently engaged in conversations with a second Year 10 student from Nagle Catholic College about the Work Experience Jumpstart Program.

Those who wish to know more about Euphorium, or their Work Experience program, are welcome to contact Julian Canny on 0458 306 111. You can also visit the Euphorium website here.