The Ballad of Penelope and Marlin – A Uniquely Great Southern Musical

This story was submitted by a member of the regional arts sector: Anne Sorenson, Southern Edge Arts. We love sharing stories from the sector. If you want to find out how to submit your own stories, take a look at the submit your story page. We can’t wait to hear from you!

In 2016 I responded to a request to attend a creative development at the Vancouver Arts Centre in Albany. The Futures Project was a call to envisage what life would be like in fifty years time. Ten of the Great Southern Region’s contemporary artists gathered to respond to this provocation and The Ballad of Penelope and Marlin was born.

In 2020 when the world was going into lockdown and people were unable to go outside, I felt strongly that, if ever there was a time to stage a play about a future where people did not go outside because it was toxic and people were being jettisoned into outer space to find a new place to live, now was the time. Whilst trying to get our IT sorted to be able to work from home and panicking about the collapse of our industry, we managed to get our DLGSC WA Theatre Development Initiative Grant in on time. I crossed my fingers and hoped that Penelope would “take us to the stars”. 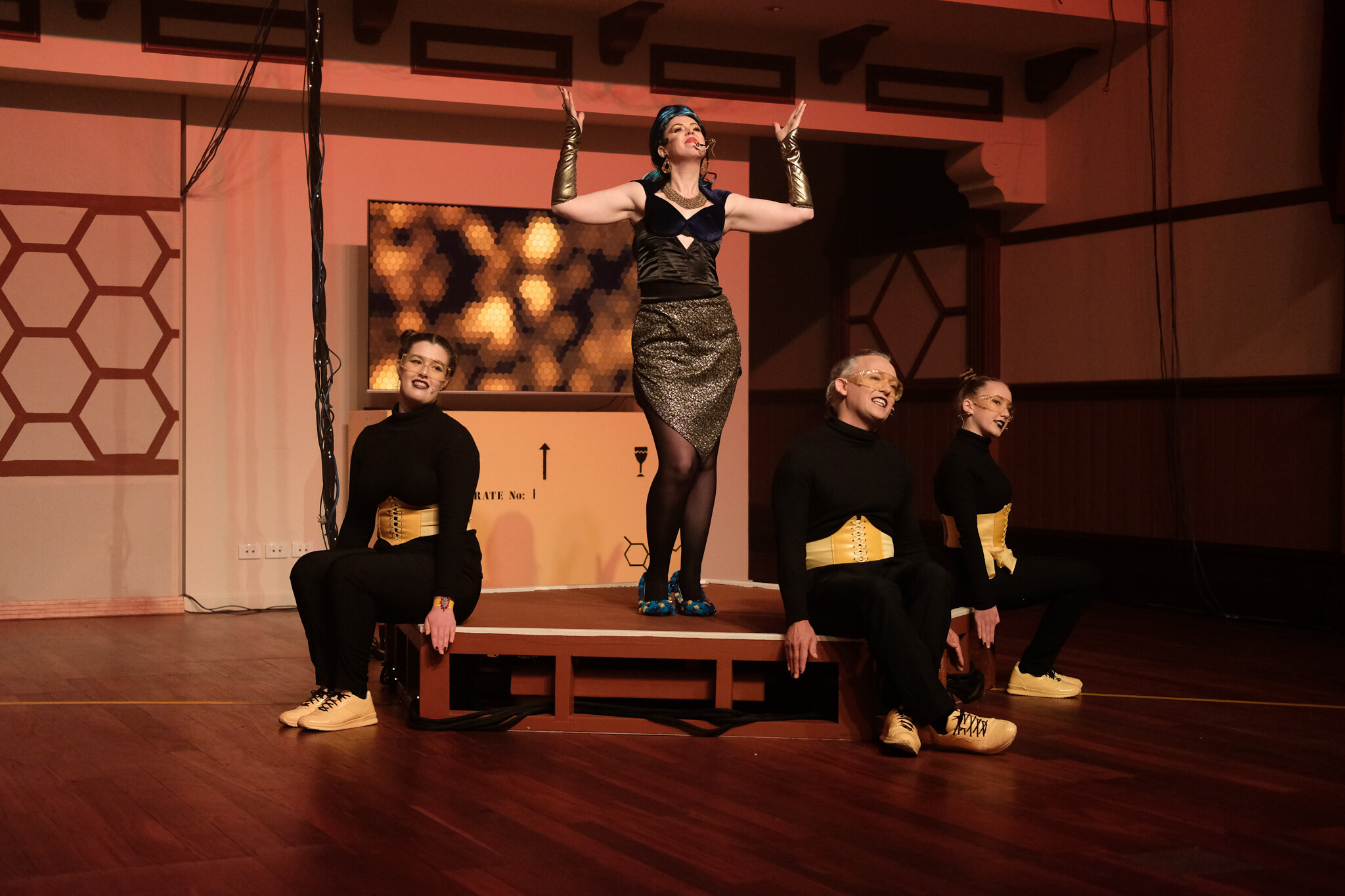 Jasmine Reeves, Sarah Flow, Don Anderson and Imogen Taylor in the Ballad of Penelope and Marlin at the Albany Town Hall. Photo by Warren Lilford.

“A Uniquely Great Southern Musical” it was pitched as when we began marketing the premiere performance to the community. Staged at the newly renovated Albany Town Hall in July 2021, we wanted The Ballad of Penelope and Marlin to showcase contemporary artists in the region and demonstrate the versatility of the Albany Town Hall as a performance venue.

With a cast and crew that was 100% Great Southern, we were committed to employing regional artists to showcase their skills in creating and presenting contemporary theatre. There is an amazing amount of talent in this region so we refused to import any metro based artists just to make it seem more ‘professional’. Most audience members in our region wouldn’t recognise the name of an artist from the city anyway and only a small percentage of people in the industry might deem a production more professional if it included a ‘Big Name from the Big Smoke.’

The Ballad of Penelope and Marlin employed thirtytwo artists and arts workers from this region. Nine of them were regional young people and for three of those young people, this was their first job. Seven hundred people attended the eight performances in July. Culture counts results indicated scores above 70% in the areas of connection, cultural contribution, platform and rigour. Feedback from participants and audience was overwhelmingly positive and the top two reason people cited for attending were “I knew someone in the show” and “I wanted to support local theatre”.

It was a privilege to direct a play with a history of development involving so many talented regional artists. It was a challenge to produce a contemporary play in a regional town due to access to products and services. It was a joy to be able to offer meaningful employment to regional artists through a production that was written, developed, designed, produced and presented by artists from the Great Southern Region. The icing on the cake was the audience feedback that cried out for ‘more of this”.