This story was submitted by a member of the regional arts sector: Artzability Coordinator, Sky River. We love sharing stories from the sector. If you want to find out how to submit your own stories, take a look at the submit your story page. We can’t wait to hear from you!

Lights, Camera and a lot of laughter!

Artzability is a unique arts program that runs weekly in Margaret River for twenty adults living with various disabilities. On May 31st we hosted the Artzability Short Film Festival to the wider community at the Margret River HEART. The ambitious project employed a team of local artists, skilled in their specialised fields, to support Artzability participants in building story ideas, developing characters, costume design, choreography, a soundtrack, photography and film making. 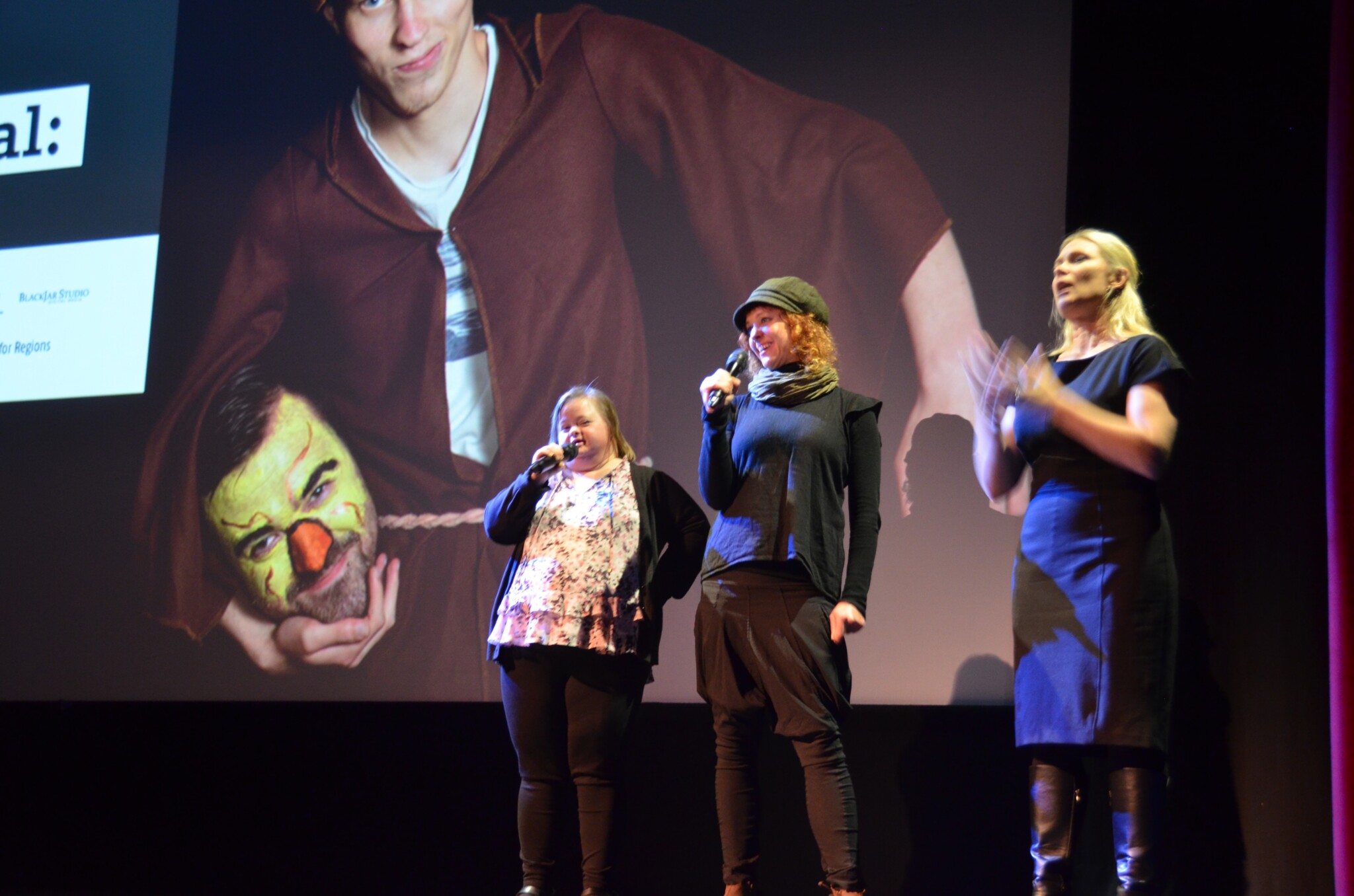 The creative unfolding of ideas and stories led to the making of several original short films, made by three regional film makers. A cast of ‘famous’ Artzability movie characters, all in costume, hit the town to film in various locations with film maker Anton Blume and dramaturg Bec Schofield, to explore their ‘Super Hero’ selves.

Aqua Girl was seen diving into her dreams at the local pool, Mr Abracadabra man dancing through a café with his backup dancers, Collin the hairdresser extraordinaire at the barber shop and Micky-tree making magic grow at the local organic gardens. 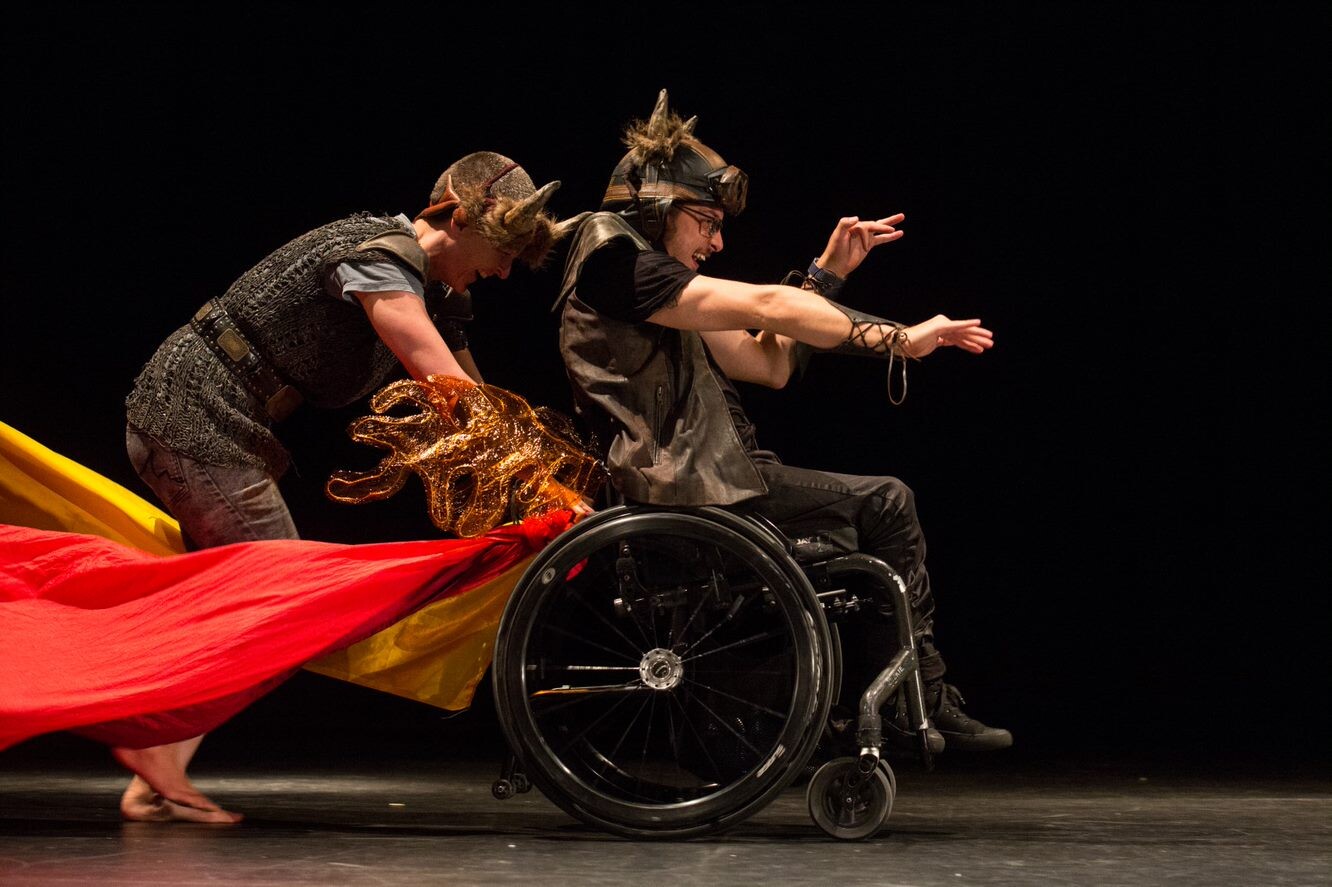 The film ‘Wizard of Artz’ was directed by Artzability participant Marlee Linton, who also doubled as the Wicked Witch. The film was made by Noah Jennings at the Margaret River HEART, with Tin Man Beau wearing an exquisite David Skeats original costume, handcrafted in leather. 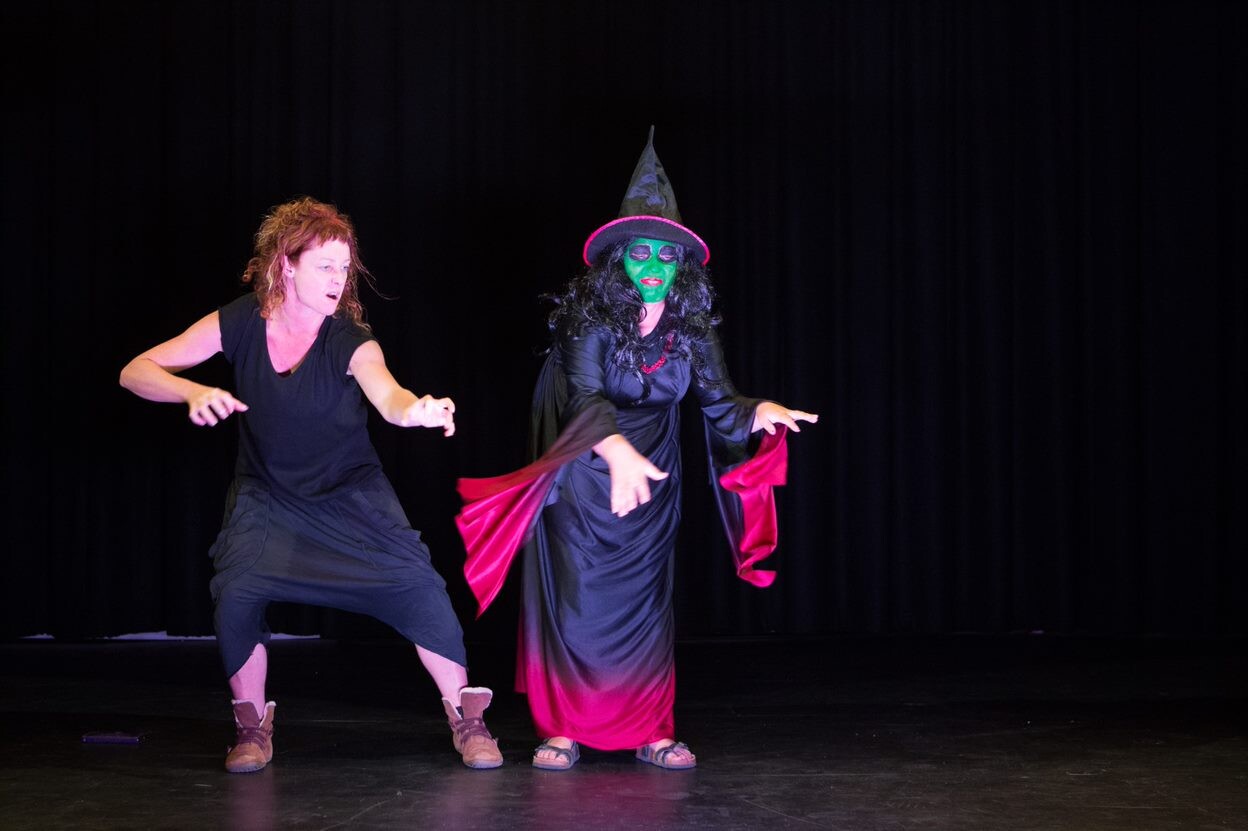 The event theme explored inclusivity and community creativity and invited contributions from community groups, schools and regional artists to showcase their work, with 12 short films shared. The event was well attended and offered opportunities for children from the local independent school to perform live in the theatre in front of a large audience as an introduction to their film contribution and invited Artzability participants onto the stage to introduce their films.

Although most films were non-verbal and featured original musical soundtracks, we employed an AUSLAN interpreter to work with Sky River; the MC. News of our inspiring event even reached Hugo Weaving and Keith Robinson in Sydney, who generously created an ‘official opening film’ especially affirming our Artzability Short Film Festival!

Artzability coordinator and project producer, Sky River, shares that “community engagement and the wild exploration of creative potential were at the heart of this festival, we pushed conventions of short film to share ideas in experimental ways.”

The successful event received an abundance of positive community feedback. Sharing creative quality films offered a sense of pride to the Artzability participants and their families, contributed to a vibrant local arts network and celebrated the diversity of our community.

You can view more short films from the Artzability Film Festival, by heading over to Blackjar Studio on Vimeo: https://vimeo.com/channels/artzibility

Artzability Short Film Festival was funded with the help of a Regional Arts Resilience Grant. For more funding opportunities, head to our funding page: https://regionalartswa.org.au/funding/

Advice, criticism, or information about how good or useful something or somebody’s work is.

Having a range of people or things with different attributes, backgrounds, skills, experiences, and perspectives.

When organisations collaborate with members of the community to keep people inspired by and active in their work.