A few months back, Regional Arts WA Program Manager Philippa Maughan attended her first Philanthropy Australia event and took on a last-minute opportunity to speak about fundraising. We asked her to write about her experience – here’s what she had to say!

What makes you most excited about the future?

I am excited, and relieved! there is a conversation being driven by Philanthropy Australia and philanthropists about fully funding the overhead costs of for-purpose and not-for-profit organisations. Paying What It Takes: Funding Indirect Costs to Create Long-Term Impact

The traditional reluctance of funders to fully fund overhead costs risks ringbarking organisations and ultimately reduces the services to the beneficiaries of the organisation. Philanthropists understanding the risk of the ‘non-profit starvation cycle’ demonstrates a shift to a more long-term thinking when partnering with and building resilient charities that are working to address complex social issues and that can only be a good thing.

What are examples of great granting/funding that you’ve seen in WA and why? How can we do more of that?

Arts Impact WA! Arts impact WA was launched in 2021. It is a donor circle that focuses on supporting the Western Australian arts and cultural sector. It was so gratifying to see regional artists recognised for the ambitious and exemplary work they are creating with four of the six shortlisted and the two winning projects being the work of regional artists and organisations. Acknowledgement must go to its founders for carving out a space for the work of Western Australian artists to be recognised and celebrated.

Secondly, the investment that the Minderoo and Ian Potter Foundations have made in Regional Arts WA’s  program the Regional Arts Network is recognition of the importance of investing in cultural infrastructure and supporting organisations to be larger than the sum of their parts.  This program combats isolation experienced by arts managers, empowers regional leadership and maximises the benefits of cross regional collaborations for the entire regional arts sector and regional WA. It is an example of philanthropists leading the way and playing the long game. 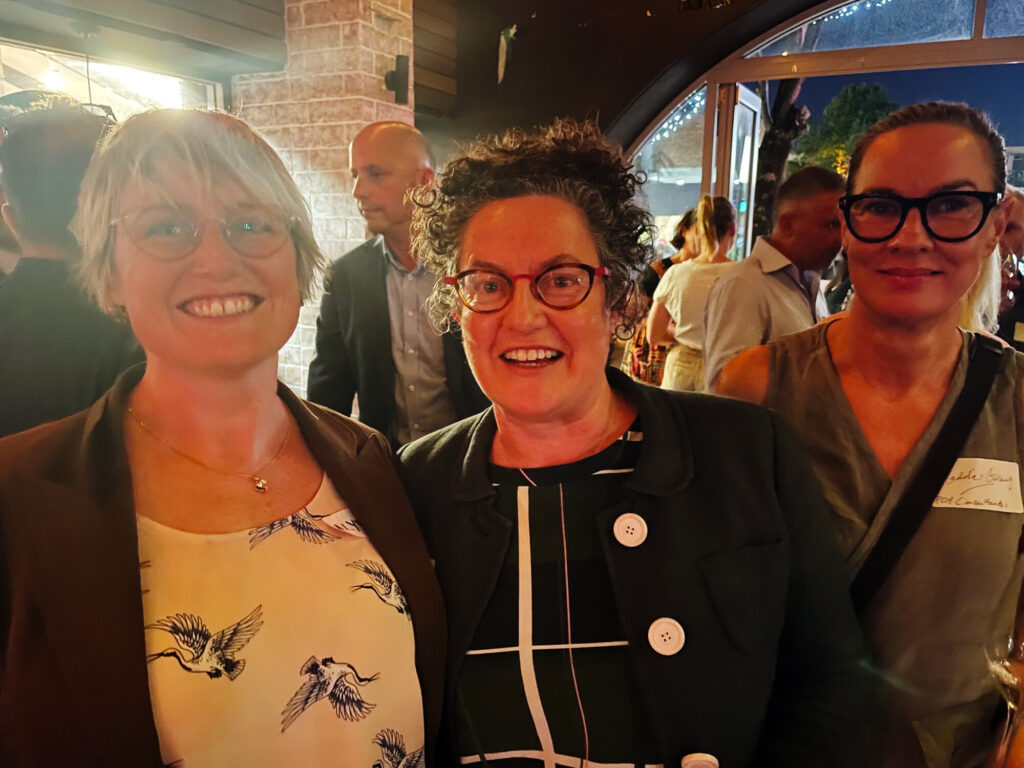 What opportunities do we have ahead of us?

Supporting the arts!  Particularly arts in a community context because you double your impact!

UWA Senior Research Fellow Dr Christina Davies is working towards creating a health promotion message similar to those around doing sport and eating healthily. Just 20 minutes of art per day is good for a person’s mental wellbeing.

People turn to the arts for many reasons and the arts are asked to solve many issues – youth disaffection, cultural tourism, intergenerational relationships, community identity, poor mental health, economic rejuvenation. By materially assisting artists and the arts sector ecology you address a particular social issue and you support the cultural vibrancy of a community and the state – double the bang for your buck.

What have you seen elsewhere that we could do more of in WA?

I haven’t been outside of WA for a while so I changed this question to – what else do you think we could do?

Regional Arts WA commissioned research in 2017 that found that public arts funding is divided roughly in thirds between Federal, State and Local Government, however there is no cultural policy at any of these levels to ensure there is strategic investment of this money. On the back of this research Regional Arts WA has advocated for the development of regional, state and national cultural policies and has been heartened by the Federal Government’s initiative in commencing the conversation about a National Cultural Policy and work that is happening in regional WA communities to drive region-wide cultural policies.

Similarly, I would like to see philanthropists and corporate organisations coming together to have a discussion about how their investment in regional arts in particular can happen strategically to share the unique Western Australian stories.

How do you think we can best grow a culture of giving in WA? What shift needs to take place?

I think the person doing the best work to create a culture of giving in Australia is Scott Pape, the Barefoot Investor.

Scott advocates teaching children to divide their pocket money into three jars – the Splurge Jar for spending, the Smile Jar for saving for something special and the Give Jar for giving to other people. If the idea of giving regularly can be normal for all families and not just those who are exponentially wealthy, then over time we will create a culture of giving that will involve many more Australians in a conversation about values and priorities.

To slowly starve something, in this case organisational resources.

The original definition of this word is: The complete or nearly complete loss of bark from around the circumference of a tree or shrub's limb or trunk.

The act of remembering who somebody is, or identifying what something is; if you are given recognition, people show admiration and respect for your achievements

A set of ideas or plans that is used as a basis for making decisions, especially in political, economics, or business.