This story was submitted by a member of the regional arts sector: Margaret River Region Open Studios. We love sharing stories from the sector. If you want to find out how to submit your own stories, take a look at the submit your story page. We can’t wait to hear from you! 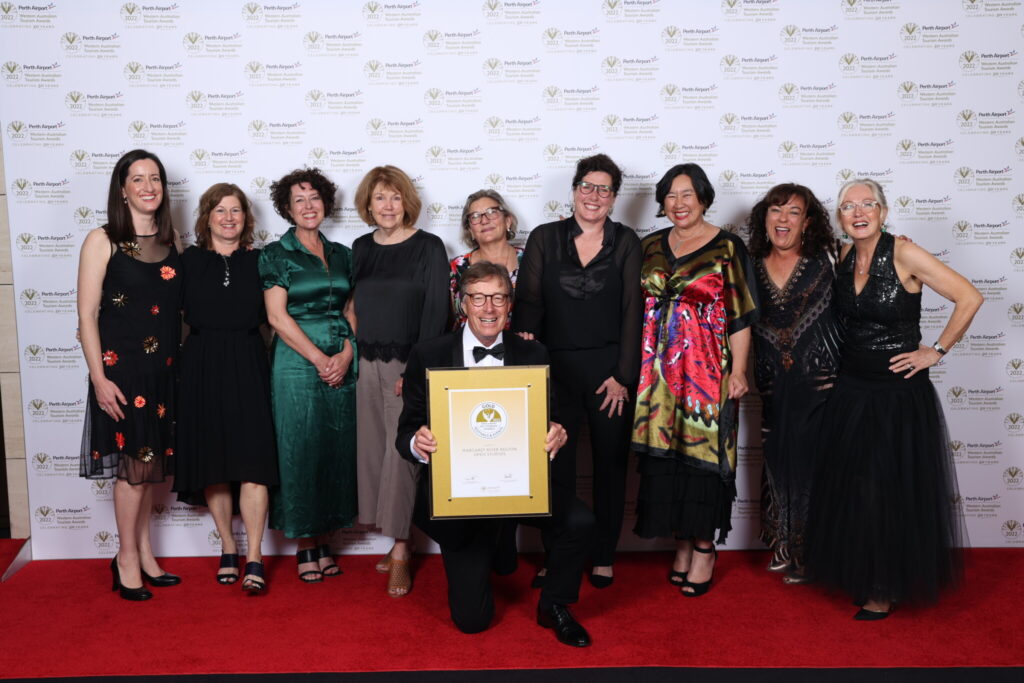 It was the first year Margaret River Region Open Studios entered the awards and Event Chair Jim Davies said he and the team couldn’t be prouder.

“This is a huge acknowledgement for the arts not only in the Margaret River Region and South West but also in WA,” he said.

“Our 168 artists put their hearts and souls into Open Studios, opening their private studios to the public for 16 days to create an artistic adventure throughout the Margaret River Region.

“In 2021 we had over 85,000 studio visits, more than half of our visitors were from Perth, 37% were visiting Margaret River Region Open Studios for the first time and the event generated $10 million in economic benefit for the region.

“The Award was for the 2021 Margaret River Region Open Studios event and we will be announcing the results of the recent 2022 event shortly,” Jim said.

The Perth Airport WA Tourism Awards are the at the industry’s premier awards, recognising businesses for their innovation, perseverance, and commitment to excellence.

The introduction of new things, ideas, or ways of doing something.