Fit In Or F..k Off! gets its message across

This story was submitted by a member of the regional arts sector: Mari Lourey, Goolarri Writers Program. We love sharing stories from the sector. If you want to find out how to submit your own stories, take a look at the submit your story page. We can’t wait to hear from you!

“Dia’s work speaks straight from the heart, yet with subtlety, about the complex relationship experienced by many Aboriginal people whose cultural values conflict with business structures and the demands of consumeristic and materialistic way of living…”
-Barbara Hostalek, Limelight Magazine 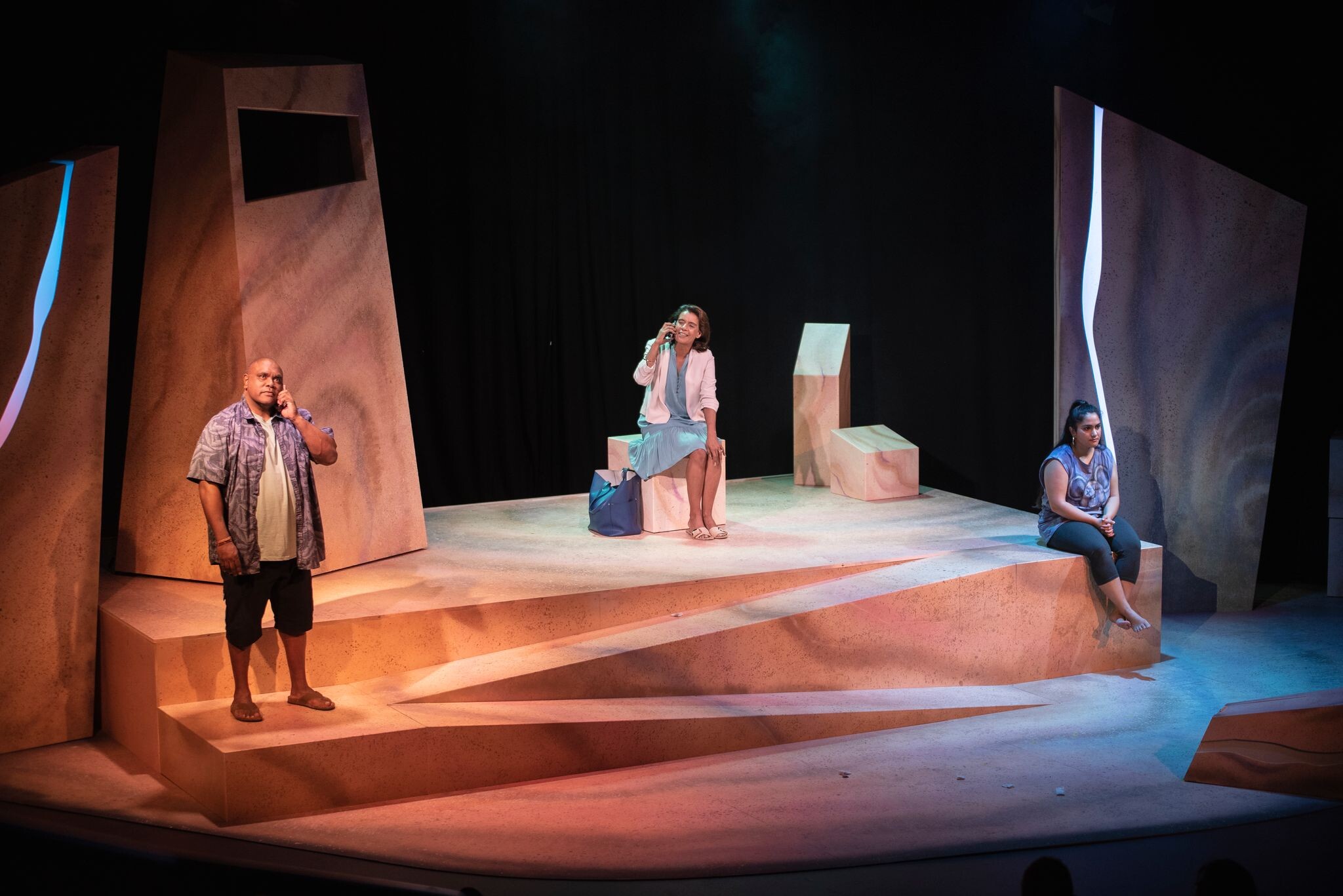 The boom went bust, and Jono’s in a mine site donga, trapped in debt and a life that is slowly strangling his liyarn. In the lonely high-flying lifestyle of a FIFO wife, Mary is just as stuck as her husband and has decided they need to cut their losses and move home to Broome, close to family and her younger sister Janey. But the old neighbourhood isn’t the same and as for her sister, life’s gotten very messy, very fast. Janey is locked in her house; her young daughter Katie is sick in hospital and her husband Brad is nowhere to be seen. Something’s gotta give. What will it take to stop the slide into the deepening pit that threatens to engulf them all?

‘FIFO – Fit In Or F..k Off!’, the first play by Broome’s Melody Dia, premiered in October last year to a delighted and proud home-town audience at Goolarri Media’s Gimme Venue in Broome after transferring directly from Yirra Yaakin’s home theatre base Subiaco Arts Centre. The tautly written dramatic play, exploring the impact of mining on two Indigenous families who are related, pulled no punches. 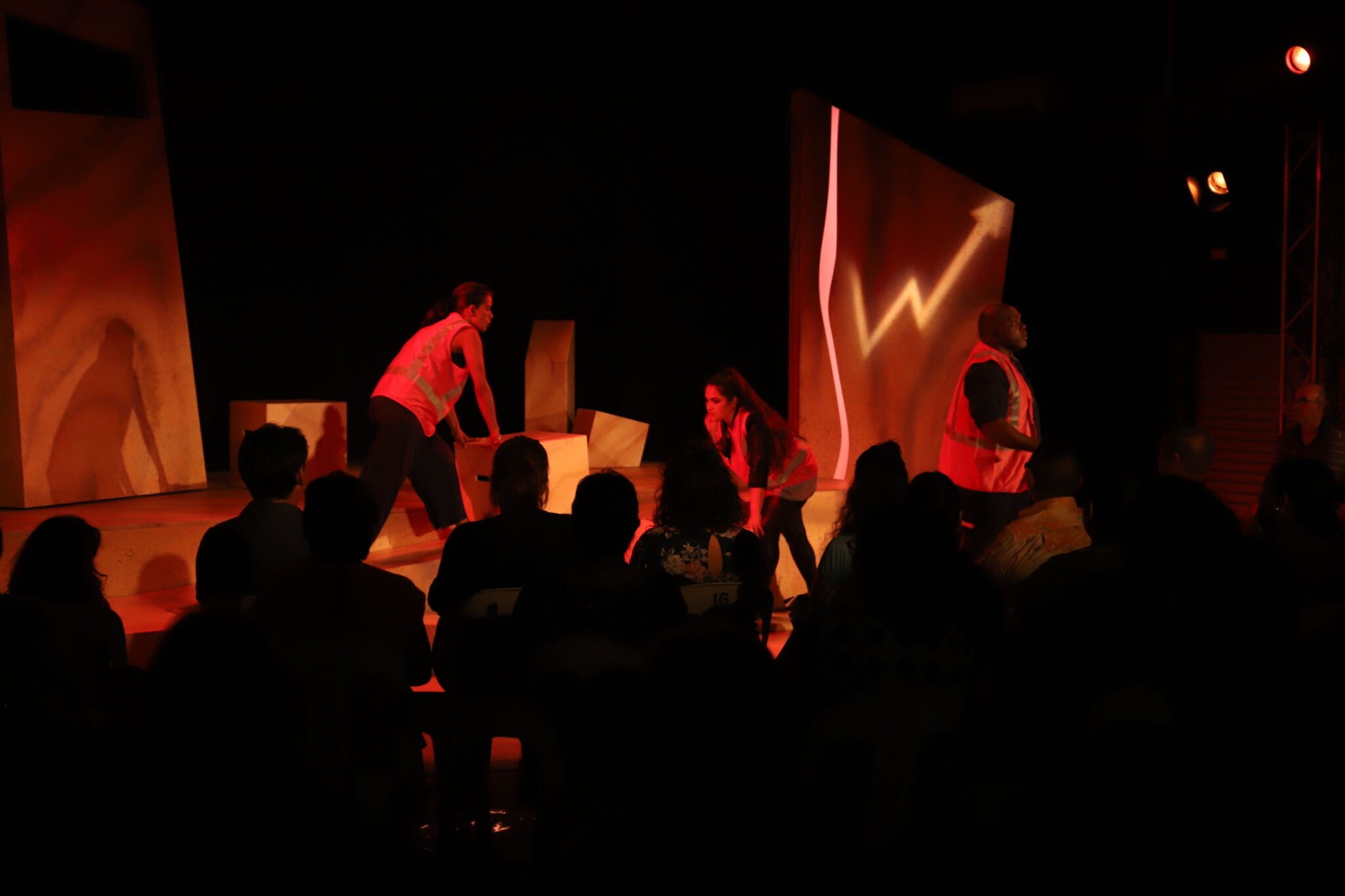 Melody said she didn’t start out to write a drama specifically about the FIFO lifestyle and its impact on Indigenous families, but in a country abundant with natural resources, mining is a way of life, particularly in WA. “It seeps into every part of life in all kinds of ways. Everyone has someone who is connected to FIFO life”, says Melody, a previous FIFO worker herself.

“In Broome it got standing ovations”, says Melody. “One bloke told me he’d burst into tears, and that he and his partner ended up having the first real talk they’d had in ages.” For Melody, a proud Nyul Nyul woman, who was born in Broome to a big family, that is what matters. Opening the lines of communication “between not just our mob, but that it reaches the wider FIFO community, so we can support each other.” Many people Melody knows have been impacted by the effects of the FIFO mining lifestyle, even in ways that weren’t initially obvious. “Nobody wants to admit to the scale of the problem.” 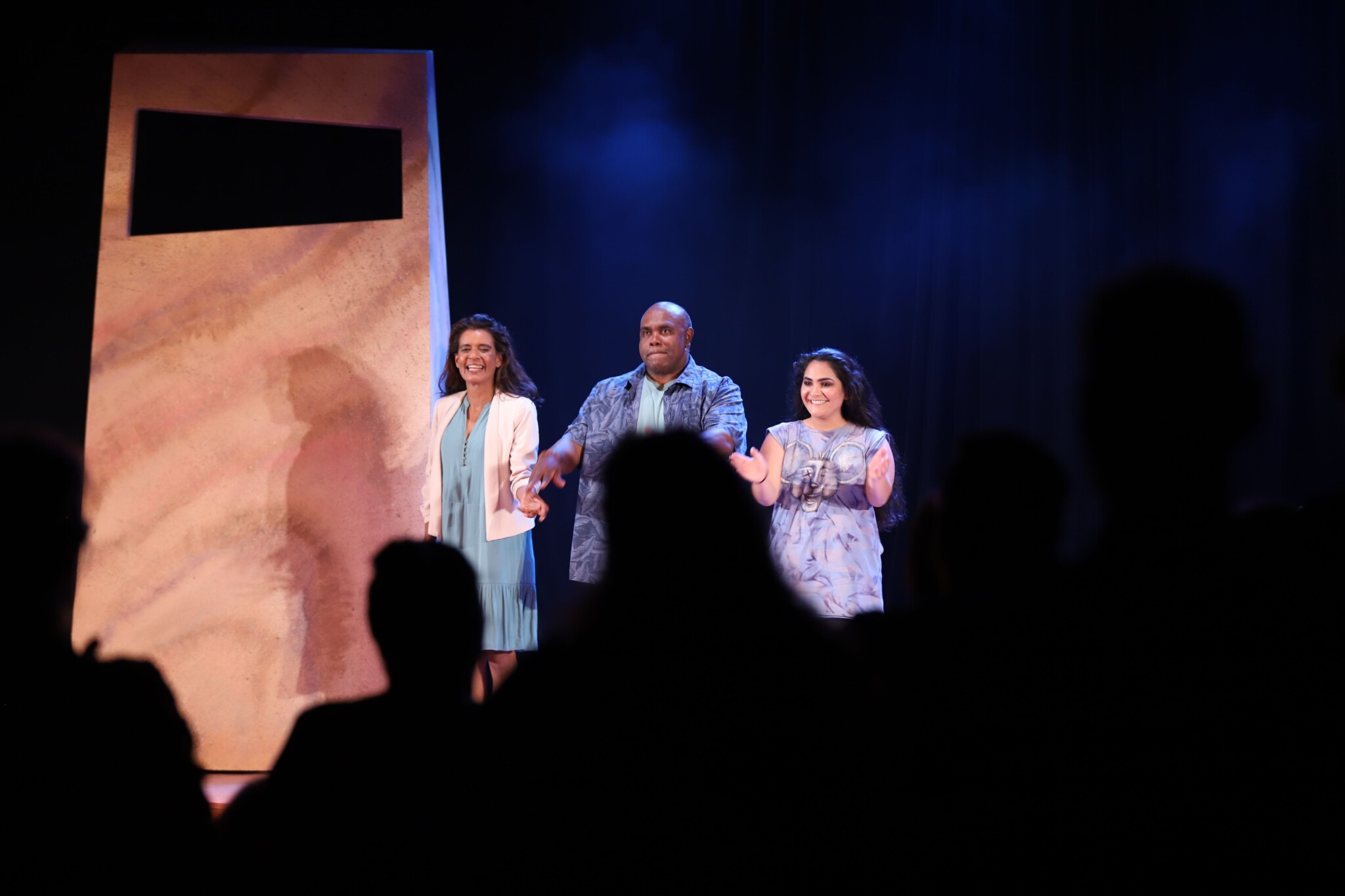 “There’s a saying out on site, ‘What happens on camp, stays on camp’. There is this great separation between FIFO workers and their families – particularly on long swings, and no amount of nightly phone calls can replace the physical reality of being in each other’s lives on a daily basis”, Melody says. “The huge amounts of money you can earn are addictive and the more you spend and extend your line of credit, the happier the banks are, and they reward you with yet more credit”.

“It shouldn’t have been surprising that it resonated deeply with so many diverse people who could relate to it, but it was so gratifying”, said Melody. “And the hometown audience really got all the lingo and local humour that is embedded in the play, which is pretty dark in places.” Emerging from Broome Goolarri Media’s innovative Indigenous Writers Program, it was initially showcased at 2019’s Yellamundie First Nations Play Festival in Sydney after deeply moving responses to local readings in Broome. 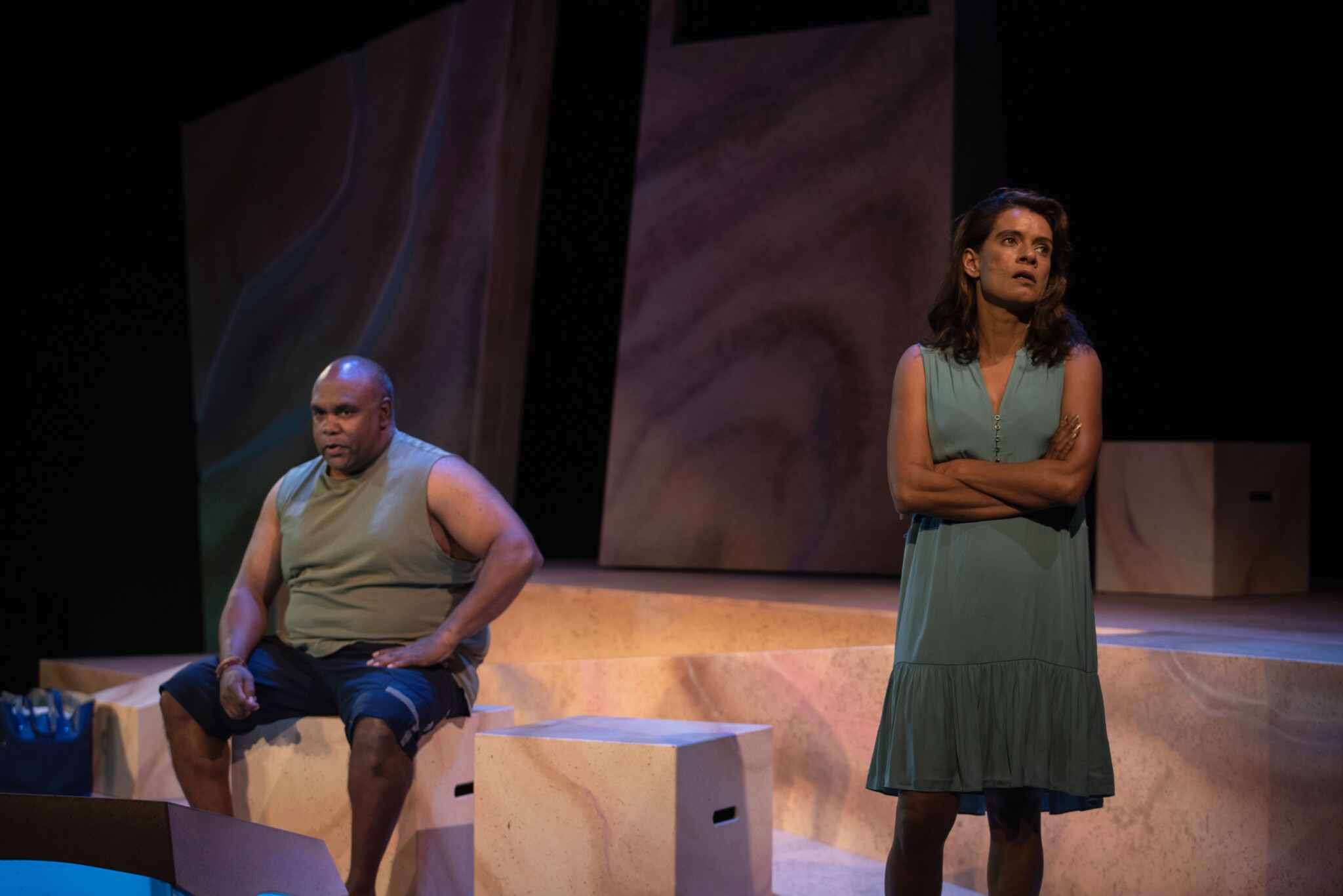 Trevor Ryan as Jono and Bobbi Henry as Mary. Photo by Arthur Hunter.

The play was co-produced by Goolarri Media and Yirra Yaakin Theatre Company directed by Eva Grace Mullaley, Yirra Yaakin’s Artistic Director. It was the first Indigenous play to premiere in its own hometown since Bran Nu Dae 30 years ago and the buzz was electric. These were just some of the comments that audience members left on the feedback forms which were enthusiastically filled out each night:

“Local world class theatre – so lucky to have been part of this theatre experience.”

“So proud to see a local hold her own up on that stage.”

Over two frantic days at Goolarri’s Gimme Bar, the classy tin shed venue was transformed by an expert production team, who installed the stunning purpose-built set trucked up from the Perth season. The set and lighting, designed by Neil Sherrif and Peter Young respectively, reflected the Pilbara, Kimberley and Broome settings of the play. 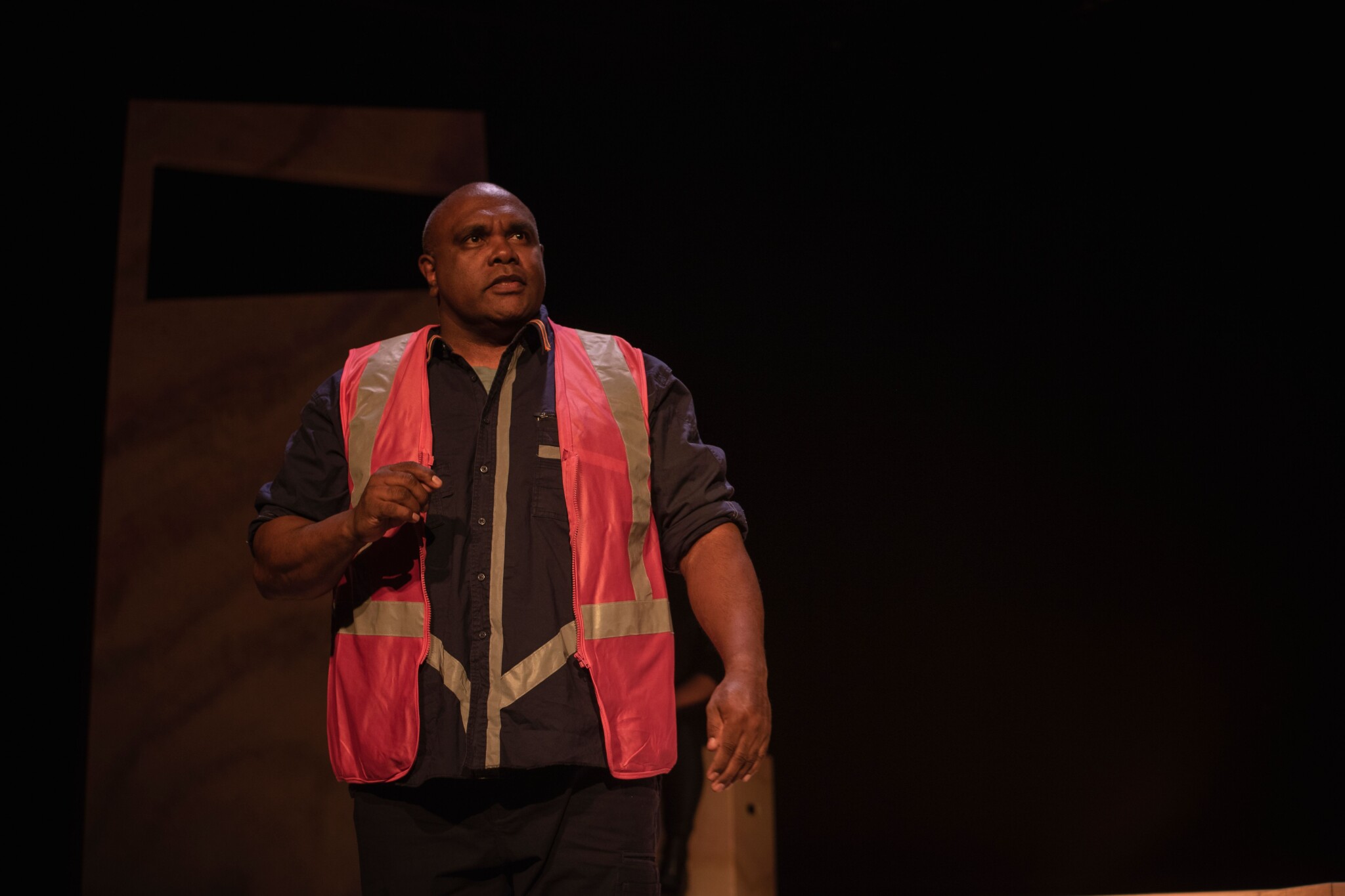 “All week there was this buzz, everyone wanting last minute tickets! The opening night was triumphant!”, said Goolarri Media’s CEO and FIFO producer Jodie Bell. “Everyone was so proud and grateful to celebrate one of our mob having a story be performed for the very community it was written for. The tyranny of distance in this State and country makes it very difficult, we are very grateful to the many funding bodies and partners who helped make this happen.”

The four-night season was sold out to a capacity Covid-safe audience, and two post-show forums were packed with over 50 people each forum, keen to discuss with the cast and writer, the many issues the play brought up. 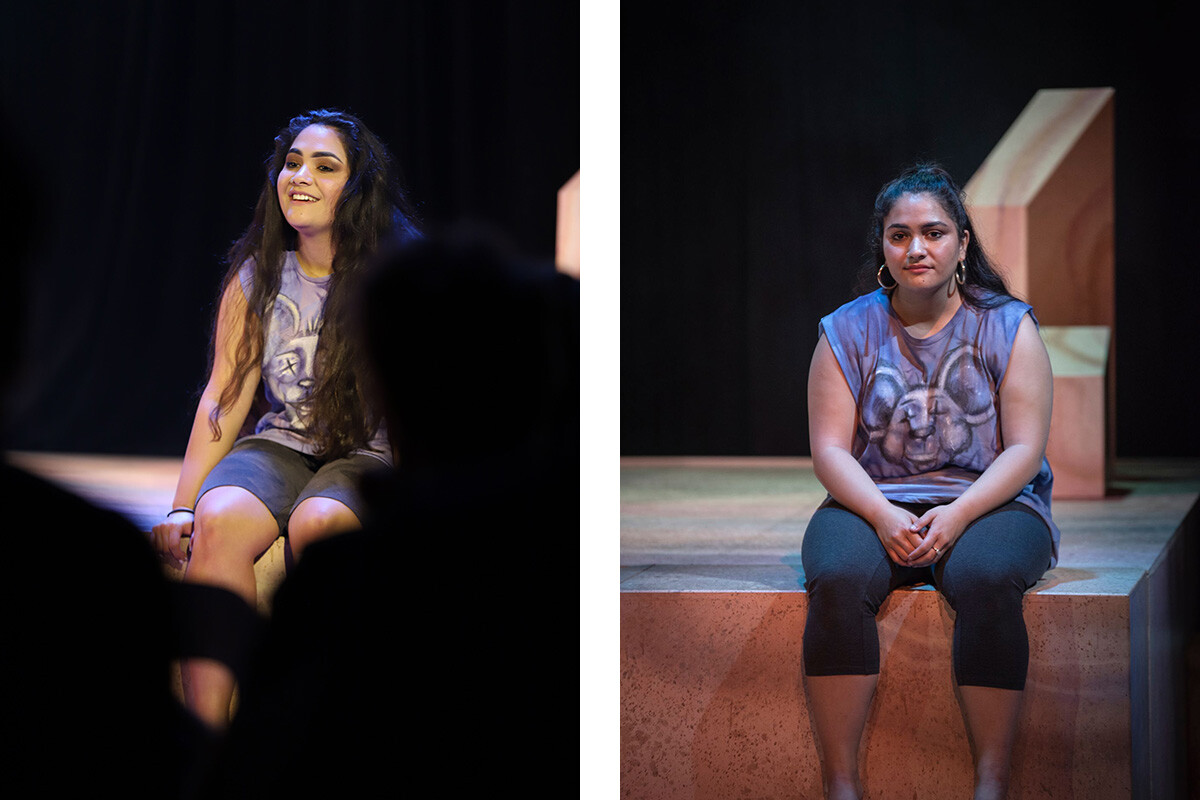 FIFO… starred three exceptionally talented actors: Perth based Bobbi Henry, former FIFO worker Trevor Ryan, and straight from WAPPA’s graduate performance course was Derby’s Marlanie Haerewa stepping into the role of Janey at short notice, who shone. Carloads of people, including her family, came from Derby and were thrilled to see one of their own up on stage.

“It’s a real privilege to have this level of support, and a real boost, especially when we live far from cities where most theatre is created. That my story, which has emerged from mine and other’s experience in this region, has so far reached broader WA and Sydney audiences is deeply satisfying and vindicates me as a writer with something important to say”, said Melody. “Thank you to everyone who made it happen.” 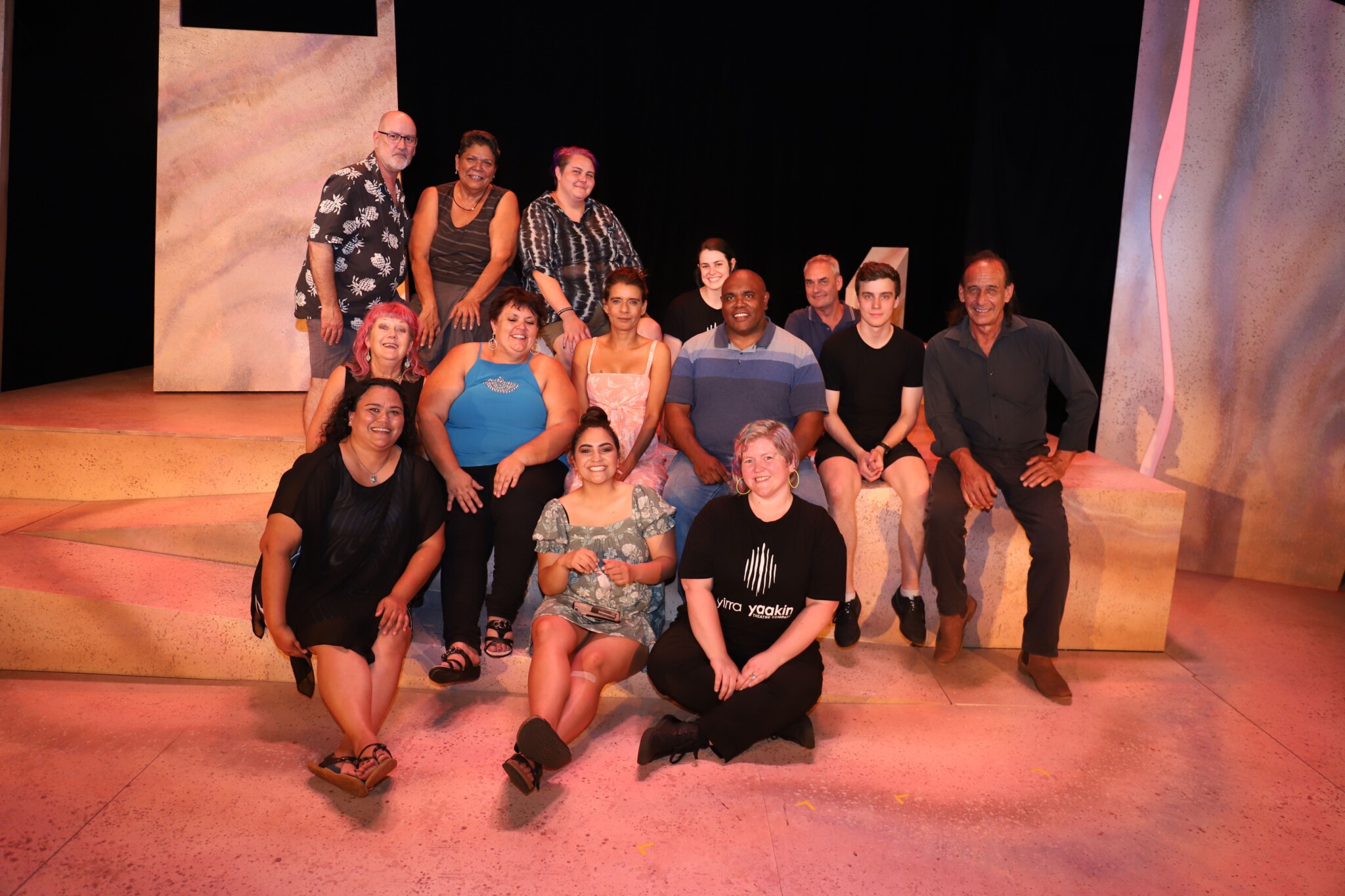 FIFO – Fit In Or F..k Off! is soon to be published by Magabala Books and Australian Plays Transform, check out the full program and credits for production.