Christopher Young grew up in relative isolation. Living in small-town New Zealand, he found it hard to engage with the world at large and would often fantasise about travelling overseas to experience something new.

Academically gifted, Christopher excelled in mathematics and computer science throughout school. By aged 13 he had learned to code, and by aged 15 he was writing accounting software for his father. Instead of pursuing computer science, however, Christopher yearned to find more creative applications for technology and sat down to have an uncomfortable conversation with his parents – he wanted to go to art school. 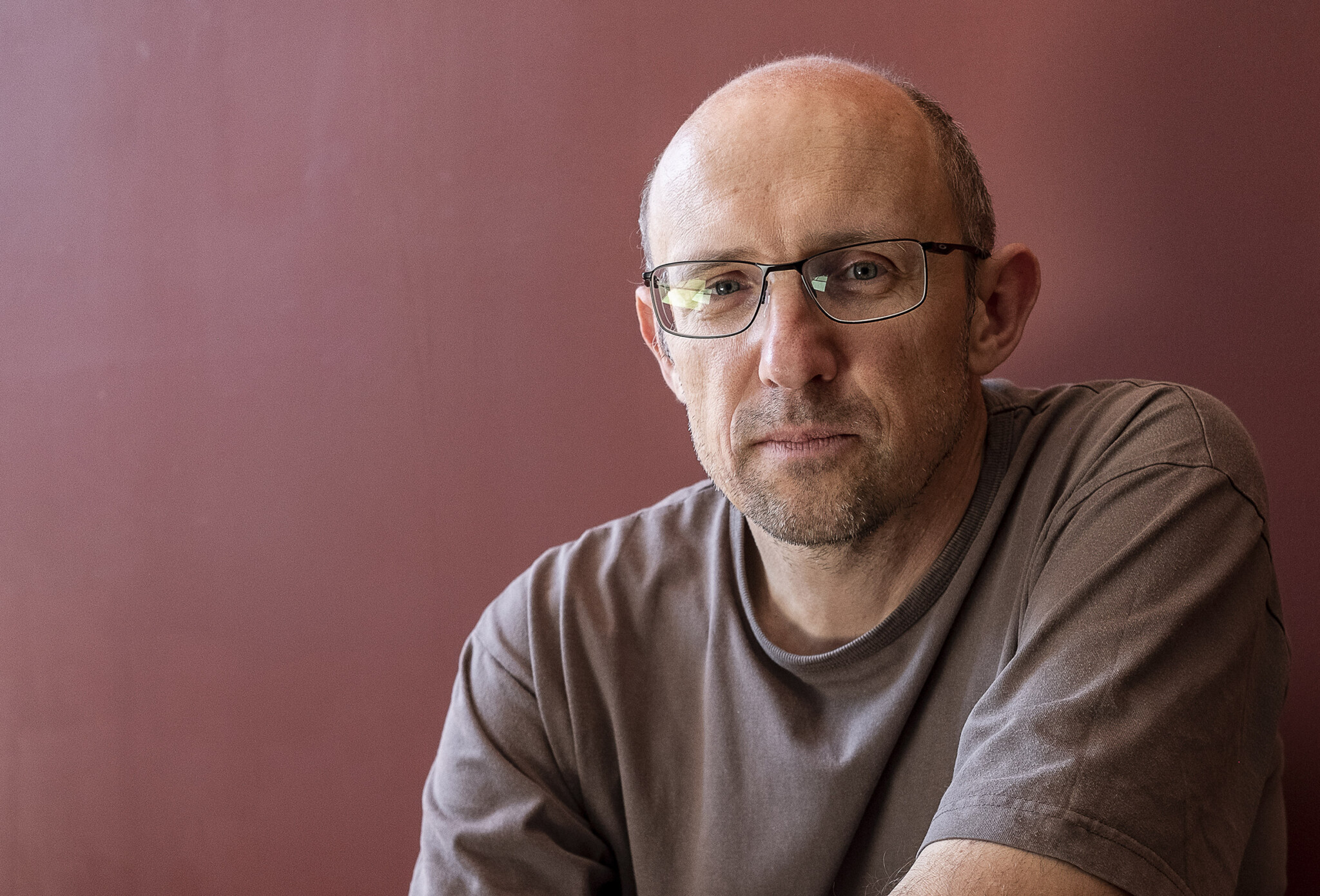 “I had a few family members doing creative things and they were just like rock stars to me. I thought they just had the ideal life, and I desperately wanted to do that. When we had the conversation about me wanting to go to art school… it wasn’t a comfortable conversation at 16, let’s put it that way. My parents were very unhappy with it, my father especially.”

With an academic background, photography was immediately attractive to Christopher. Working with chemistry in dark rooms and using mathematics to create images that would speak to people was the perfect blend of skill and passion.

In art school, Christopher connected with theatre students, explaining, “they were the weirdos, and I was a weirdo at that stage, and we both wanted to make weird things. So, we did.” After leaving school, re-establishing those same relationships quickly became something he struggled with.

While people had been accommodating in school, in the real world everyone had different priorities. They were focused on finding jobs, starting relationships and getting ahead. It was difficult to create new projects, and hard to meet new people who were interested in working together.

“It’s sort of like going up to someone and tapping them on the shoulder and, not just saying would you like to have a drink, it’s like, would you like to do some weird stuff in front of the camera with me. Once you get to a certain age that doesn’t really work.” 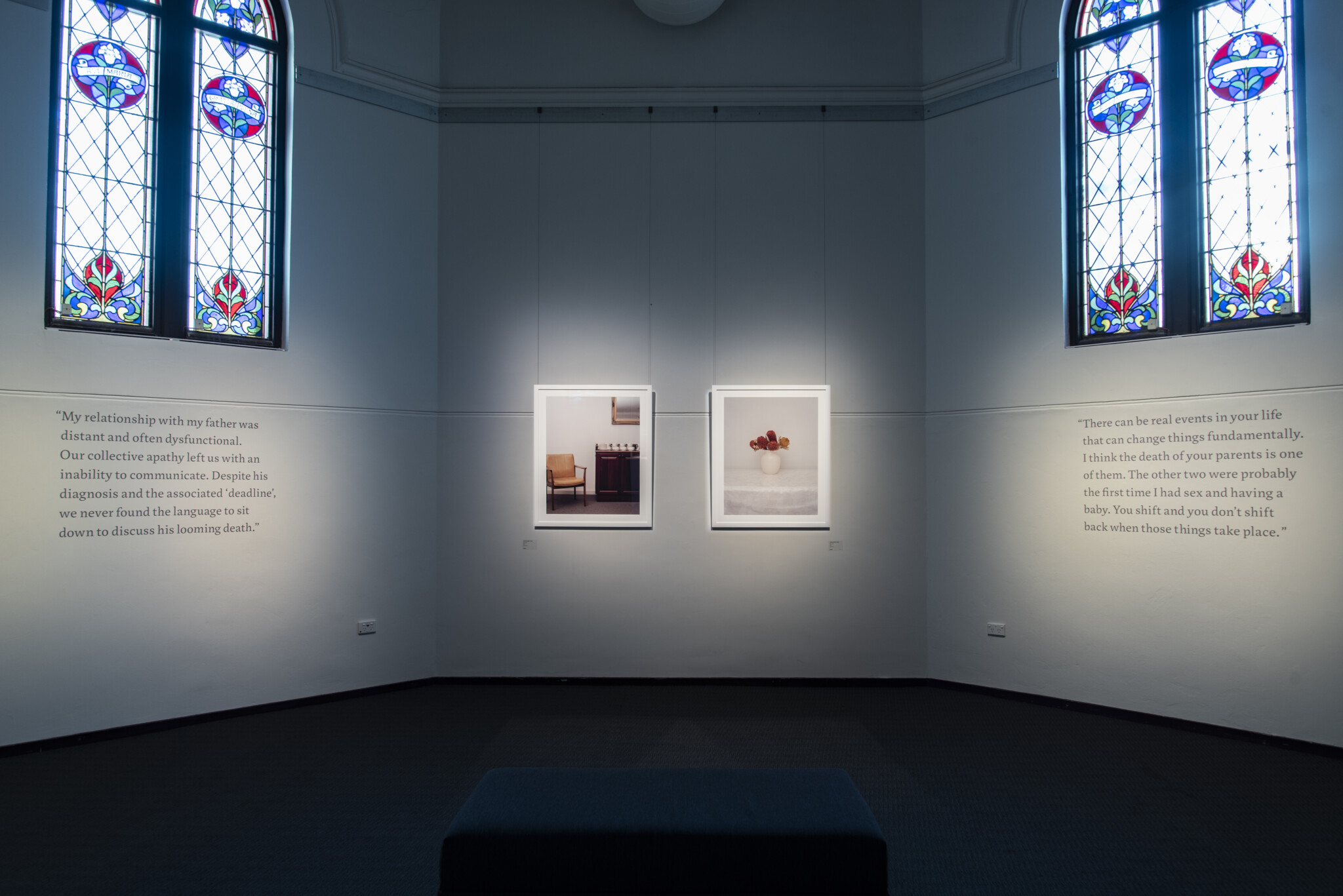 In 1995 Christopher met his wife, polish-born textile artist Elisa Markes-Young, while she was holidaying in New Zealand. By 1996, the pair had moved to her then-home of Germany and married. Fulfilling his fantasy of seeing other parts of the world, Christopher found living in Germany to be both a good and bad experience. While his six years in Germany knocked him around, he credits the country for keeping him professionally alive and shaping the very disciplined way in which he approaches work to this day.

Although Elisa had been living in Germany for close to 15 years, Christopher moved over with little knowledge of the country and no understanding of the language. That didn’t stop him from landing a job in the marketing department of a big biotech company, who then paid for two years of intense German lessons allowing him to get a good head start.

“I have no talent whatsoever for language. When we first moved, I couldn’t speak German at all. If anything, I got lucky. I got genuinely lucky. I imagine many Australians and New Zealanders sort of experience this when they go (overseas), but they’re exotic. Because I was exotic, I got a job that I really shouldn’t have got.” 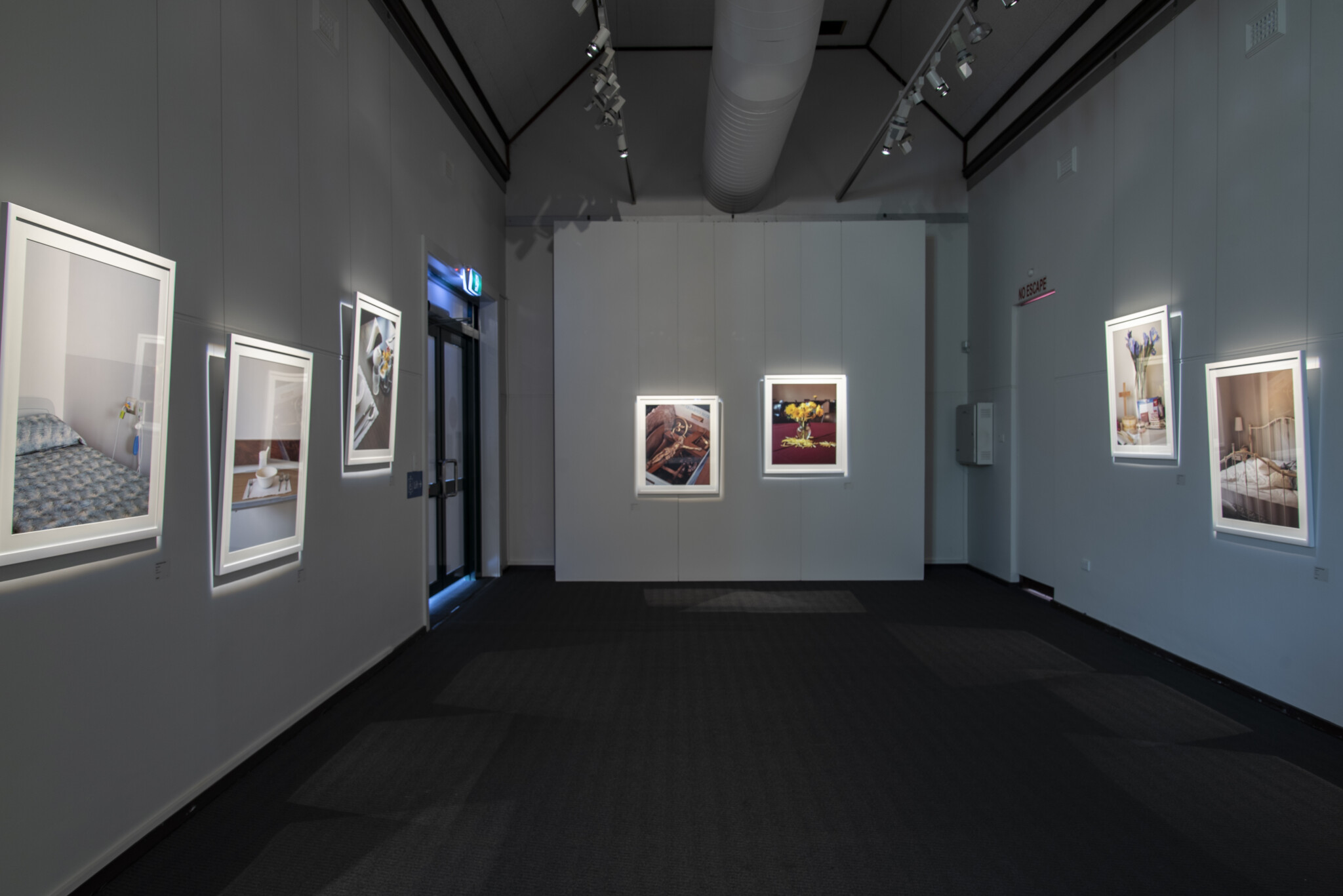 After a few years  in Germany, Christopher found employment in advertising. But, with 12-13 hour days considered normal, the work was exhausting; and with constant staff turnover, he had become the veteran employee after only two years. By 2002, Christopher and Elisa had decided to leave Germany and relocate to Australia.

Getting established in Australia was difficult, especially in the art world. Wanting to live regionally, financial setbacks had resulted in the pair becoming stuck in Perth for ten years before finally being able to call Margaret River home.

But, persevering and choosing to live regionally is the best thing Christopher says he has ever done. While he had struggled creatively in Perth, that wasn’t a problem in Margaret River, and he soon found a strong community of creative and supportive individuals.

“Being miserable in Perth or being miserable somewhere pretty. It was an easy equation. Moving to the regions is probably the best thing for us. We’ve had many more opportunities in different ways, and I’m not too worried anymore about all the bullshit that happens in the art world. I just shut that all out and get on with what I want to do. We have a little group of people down here, and we support each other.”

Themes of isolation, connection, identity and heritage take centre stage in Christopher’s work, as he explores the remoteness of growing up in semi-rural New Zealand, the loneliness of living in Germany and the geographic and ideological seclusion of living in Australia. 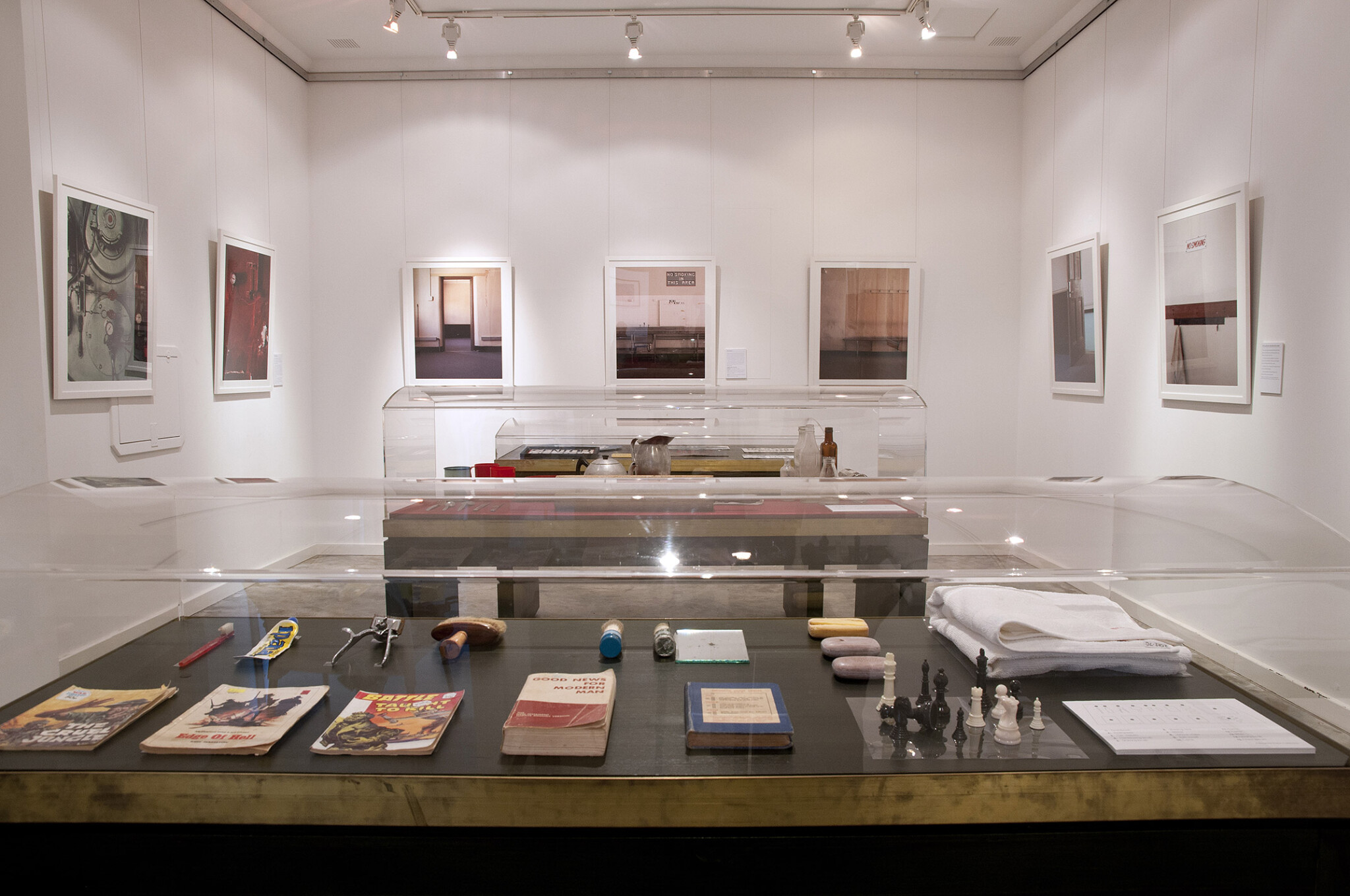 While working on various projects that included museums and museum collections, Christopher became interested in the oral histories he found in their archives. By interviewing people, he has been able to combine his photo media work with conversations to tell rich and deeply complex stories.

No one is perfect, and Christopher has found that seeing the dysfunctional parts of himself reflected in others has been quite a rewarding experience. In fact, normalising his own experiences makes him feel less dysfunctional himself.

“I find it very hard to read people. So, putting myself into those sorts of situations is quite traumatic. At the same time, it’s been incredibly rewarding because quite often the projects I’m doing come from a very personal background. If I’m talking to people about personal issues, those commonalities that pop out between us are quite reassuring for me.”

In some of his most recent work, Christopher has been exploring end-of-life cultural experiences; how people respond to such experiences and the environments and institutions they encounter. Listening to other peoples’ stories, he transcribed 14 hours of interviews for the accompanying book and exhibition, Eight: The Shift.

A few minutes of each interview has been re-recorded by voice actors to play during the exhibition, creating a surreal experience as people walk through the gallery space. It doesn’t matter where you are, you can hear a voice quite clearly reading you someone’s deeply personal story.

The experience tends to be both moving and confronting, with Christopher saying he has encountered more than one person weeping as the experience hits a little too close to home. This isn’t a bad thing, the work is meant to move you, and he would rather a bad reaction than no reaction at all. 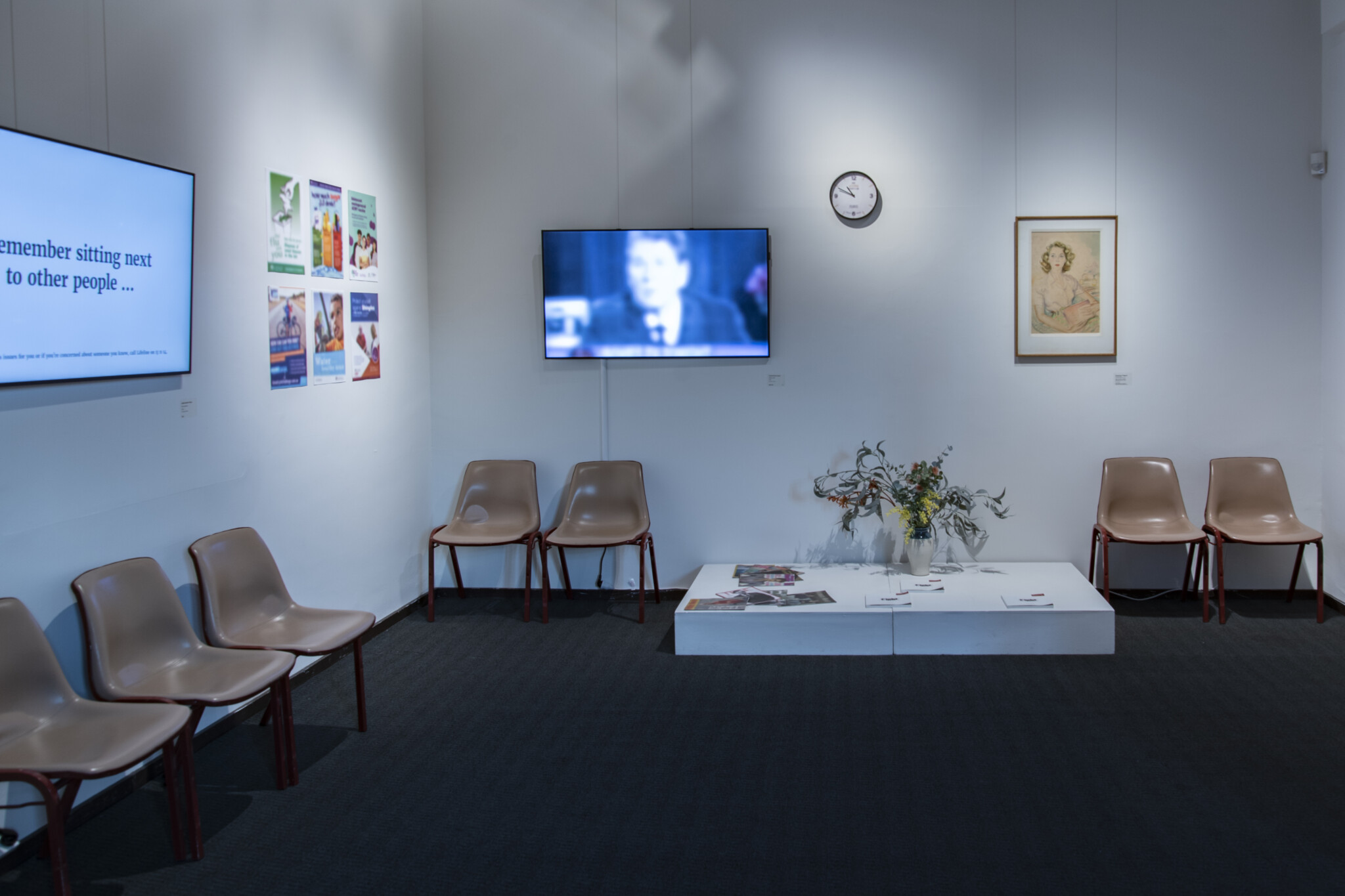 Eight: The Shift came after Christopher’s father received a terminal diagnosis in 2012, before passing away in 2013. With an already distant, and often dysfunctional, relationship, Christopher struggled to communicate with his father during this time. The two of them never found the language to sit down and discuss his fathers’ looming death and, when he passed, Christopher found himself unable to emotionally connect with the event.

“I really struggled with that, and I found it quite distressing that I didn’t really feel anything whatsoever. Because of that lack of feeling, and lot of other circumstances in my family, I didn’t really have anyone to talk to about it.”

Creating the work became a sort of “very expensive therapy” for Christopher, who uses his art to communicate his feelings when he can’t find the right words. The work has now been touring since 2019, showing in Perth, Margaret River and Bunbury. Throughout November, it will be shown at Albany Town Hall – possibly for the last time. 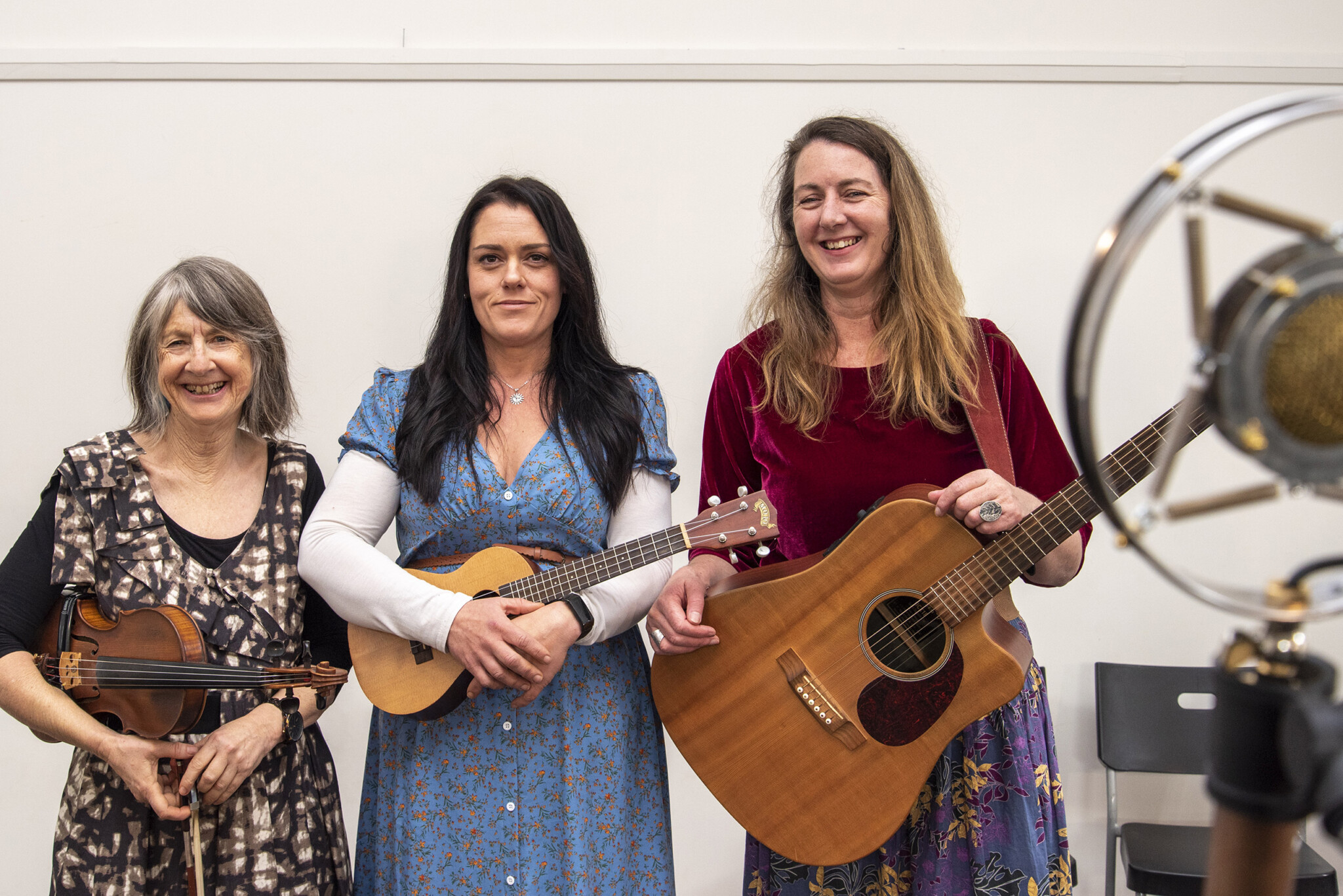 While creating Eight: The Shift, Christopher made work inside an aged care facility and interviewed people working within the sector. These experiences, conversations and interactions led to a virtual reality project he has called ‘The Careful Project’.

Working with musicians, dancers and even a choir, The Careful Project provides virtual reality experiences for aged care residents in the South West with potential to expand across Australia, the US and the UK.

When COVID-19 caused lockdowns around the country in 2020 there were wide-reaching effects. Christopher knew he had to reposition himself and explore new ideas, and virtual reality technology was something he had wanted to try for years.

At the same time, aged-care residents had become isolated and alienated from the community with ongoing restrictions. Having lost his own grandmother about 18 months prior, Christopher was inspired to help make change.

“It was sort of like this perfect nexus. I had this emotional experience, I could see a genuine need, and technology had gotten to the point where it was actually practical to do.”

Whether he uses traditional techniques, embraces new technology, or blends the old with the new, Christopher continues to use his vast talents to reach out and connect with people in amazing and unpredictable ways. With that in mind, for Christopher and his ever-increasing fanbase, the future can’t come quick enough.