Bruce Rock singer songwriter, comedian and musician Alli Butler uses her artistic talents to “address her equilibrium imbalance.” When asked to explain this more clearly she says “it works much better than tequila or triathlons.”

In truth, she sees it as a cathartic process to make sense of the world and the people within it. Alli chooses to express what she is feeling in a positive way and in doing so enlighten and entertain audiences in her path. By creating material with a humorous twist, she shines a light on current issues, and people seem to engage more with the content. 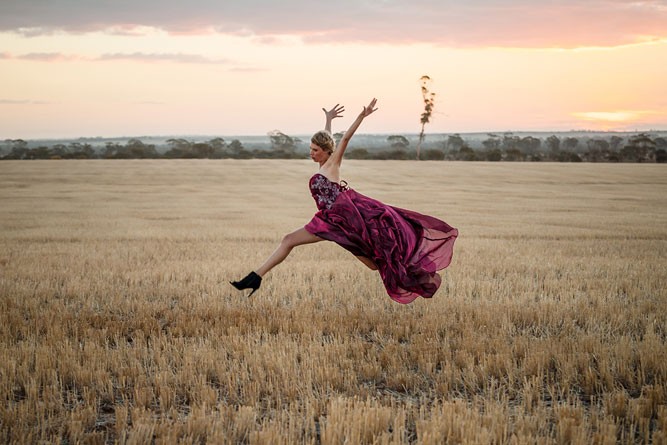 Alli is a Bruce Rock girl through and through; even though her travels took her overseas and at one point she was the resident nurse at the Sydney Opera House.

“Although I had always wanted to be an actor since I was little, I didn’t know how to make that a reality and instead went and studied nursing. Probably not a great fit as my patients didn’t appreciate me doing things like singing ‘Fever’ when they had a raging temp.”

That’s right, this performing artist was foremost a nurse before she turned her talents to singing, acting and comedy. From a young age she taught herself guitar and started doing duo gigs in Kalgoorlie pubs with a fellow muso.

Later in life, working as a nurse in Scotland, she started writing songs and gigging solo, and on her return to Perth began acting classes. Alli headed to Sydney to study at the Actors Centre of Australia. Since then she has worked in TV, cabaret, theatre, and stand-up comedy circles. TV spots include All Saints, Bite Club, Crownies and Itch.

Most recently, Alli launched her new one-woman stand-up show at the York Festival in 2019 and followed up with a very successful season at the Fringe World Festival in Perth in early 2020.

Her show 40-Year-Old Popstar contains stand-up and original songs — some comical, some serious and heartfelt. Alli best explains the show in her own words:

“A stand-up comedian, singer-songwriter, mother and ex-nurse performs a show about fame, fortune and botox, and whether it’s a good idea to leave the city for the Wheatbelt and launch a pop career at the tender age of 40.”

Prior to the recent change in climate with regards to touring shows, Alli was speaking with regional presenters about performing the show in various communities. Unfortunately, all her current shows have been cancelled and postponed to later in the year. She’s raring to organise a micro tour of Regional WA with her show once government regulations are lifted. Alli loves performing to country crowds, which she says generate a great feeling of community amongst the audience.

“In my experience, country audiences always go out ready for a good time. What’s not to love about that as a performer?”

Returning to Bruce Rock in 2018 after having lived in Sydney was a real change for Alli, her partner and seven-year-old daughter. They wanted their child to experience regional life and all its benefits as Alli did. They also wanted space to think and create without the pressures of city living. 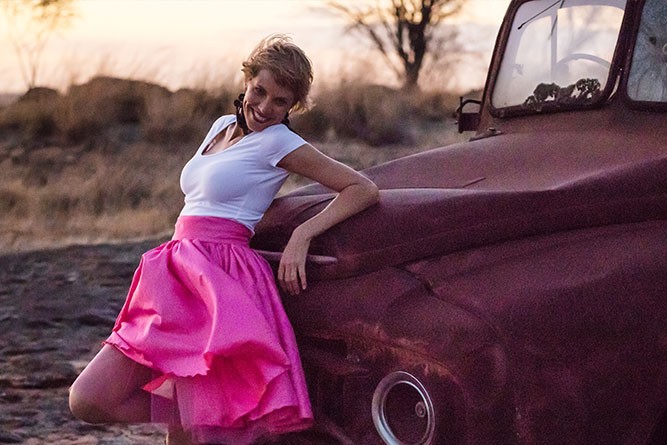 Returning to the regions has given her practice a real boost. Alli says she now feels “more grounded.” Her show is now liberally peppered with references and anecdotes from her experience of regional life, and she feels very supported by her community: When she needed costumes, she put a message out to Bruce Rock and before she knew it tubs of clothes were dropped at her door. She’s also had the opportunity to partner with a mentor through the Wheatbelt Business Network, who has helped clarify her direction and focus, inspiring her to create her solo show.

Right now it’s not possible for Alli to perform live, but life (or in this case, art) finds a way. She’s excitedly preparing to launch a series of videos on social media chronicling her journey, from leaving Sydney to her return to Bruce Rock. This new series explores a comedic comparison between regional and city life, and dives into her personal experiences along the way.

The series doesn’t skip out on Alli’s musical talents either: She’ll be going live on Facebook for Saturday 16 May in a Live at the Lounge session, featuring some of her original songs and covers. This will be part of a whole body of comedic and heartfelt work Alli is releasing as we find our way through this period of isolation together.

Alli is available in future to book as a singer performing a mix of covers and originals songs. Her show 40-Year-Old Popstar is also available for presenters to book for their community to enjoy and, should you ever need an MC, Alli is even happy to bring her particular brand of awesome comedy to your event!

Alli is also very open to hear from anyone who is keen for a creative collaboration in our current environment. To get in touch with Alli Butler email her at allibutler123@gmail.com or send a message through her Facebook page @allibutlertv.