Abdul-Rahman Abdullah lives and creates on a 3,000-acre beef cattle farm in Mundijong, south of Perth. But while his commute to work, a studio he built with his wife on the property, is now a 50m morning walk, it wasn’t always that way.

Growing up in Victoria Park, close to the center of Perth, Abdul-Rahman lived a very suburban experience. He always intended to be an artist and, once finishing high school, enrolled in art school – but he never finished. Unable to see a clear pathway, he decided it wasn’t the right time yet and dropped out to find work as an illustrator.

“I thought of it as the best degree I never finished. It was something I put into the future and looked forward to.” 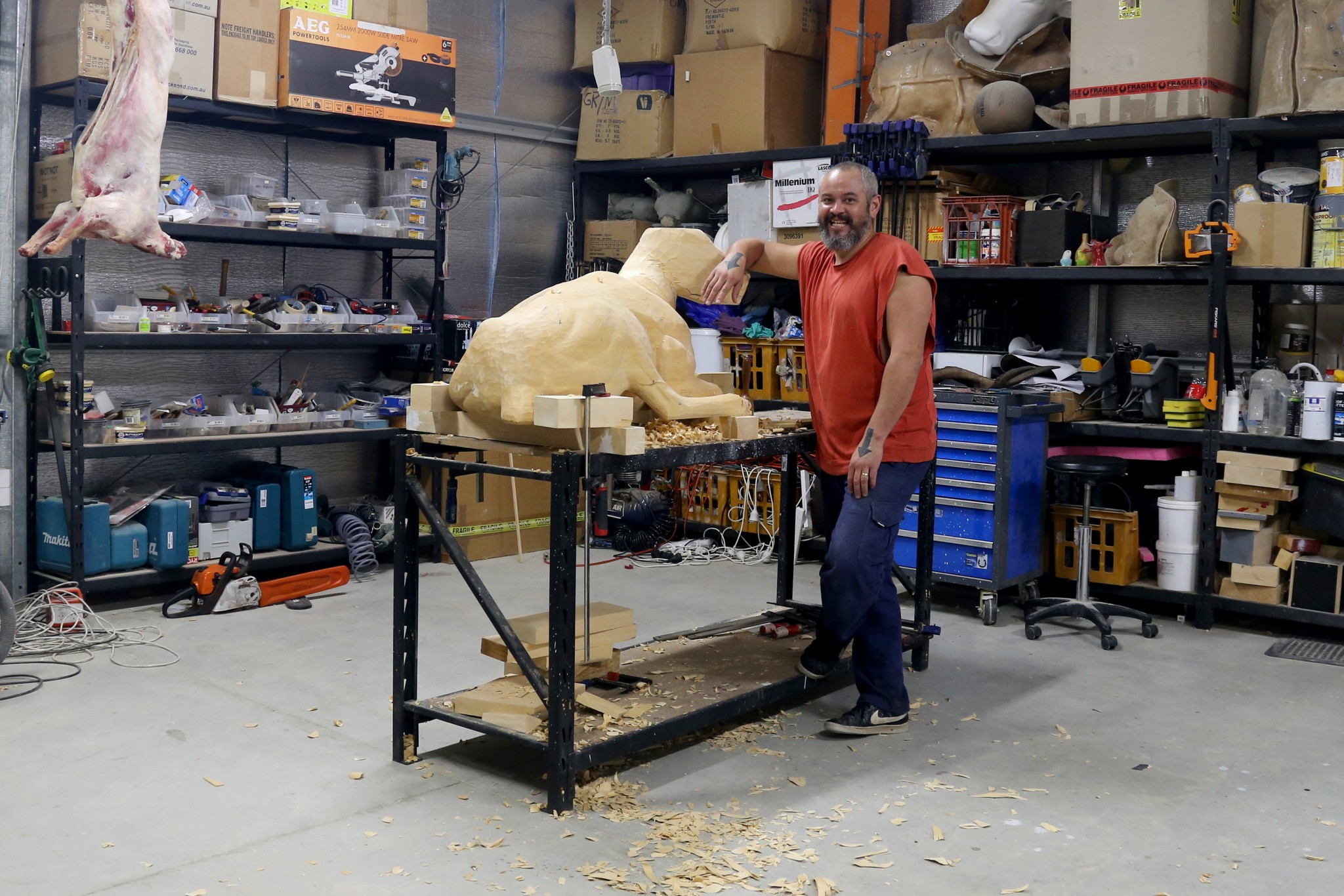 Abdul-Rahman Abdullah in his studio. Photo by Anna Louise Richardson.

For several years, Abdul-Rahman worked as a freelance design contractor, with a specialty in Christmas design. He found himself designing Christmas trees, garlands, and wreaths, and hanging garlands from mall ceilings for major shopping center displays. At the same time, he started working for a company who did model making. Contracts with Perth Zoo allowed Abdul-Rahman to design and build animal habitats and enclosures and create entry statements and animal sculptures.

Abdul-Rahman explained, “I didn’t know what model making was before I started with them, but I was making props for advertising, film sets and things like that. The nature of the industry meant we did a lot of work for museums and visitor centers, making dioramas and educational displays. The biggest and most fun part of that was when we did contracts for Perth zoo.”

He says this all had a direct impact on his visual language as an artist, with his work in sculpture now involving a lot of animals. But throughout these jobs, Abdul-Rahman remained conscious about the difference between art and commercial design. The two had different motivations, different intentions, and different outcomes.

“I always, especially in commercial sculpture, saw it as building skills and adding arrows to the quiver, so to speak, for when I became an artist. Building skills in a way you just can’t easily access through art education.” 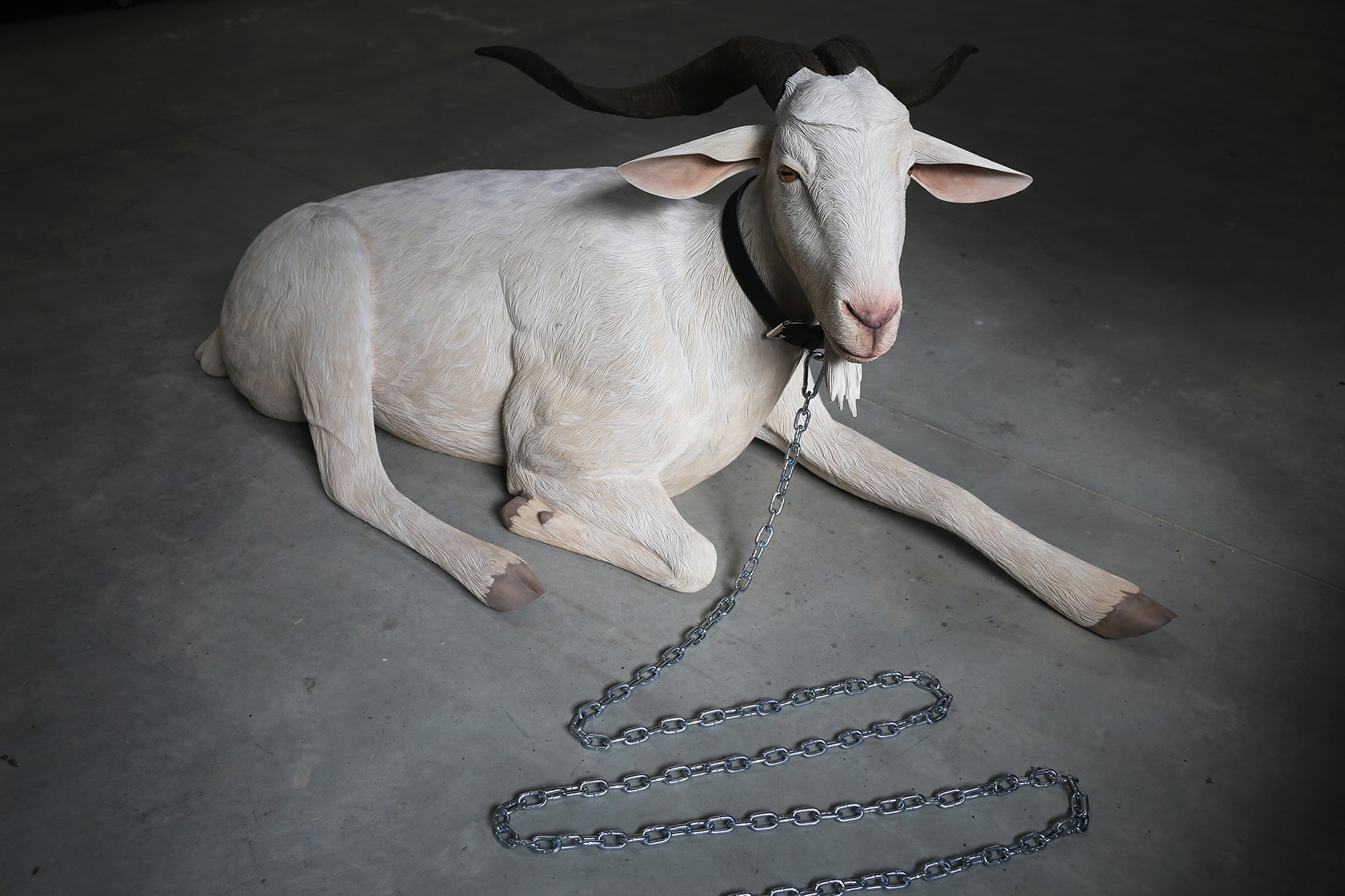 After years of working in illustration and commercial design and watching his younger brother, Abdul Abdullah, finish art school, Abdul-Rahman decided it was his time. In his early 30s, with no kids and no ties, he decided to pick up where he had left off and went back to university to finish his degree, attending first Victorian College of Arts Melbourne in 2010, before returning to Perth and finishing at Curtin University in 2012.

“I feel like I’ve got the record for the longest… not deferral, but longest lunch break at Curtin University. It was a 14-year gap between first and second year!”

These experiences shaped Abdul-Rahman’s work as a sculptor and helped realise his identity as an artist. While he can clearly place himself into categories of cis-gendered, heterosexual man in his 40s, he is also a Muslim Australian, of mixed Malay and Anglo ethnicity, living and working regionally. For Abdul-Rahman, everyone represents various intersections of who they are and how they identify. 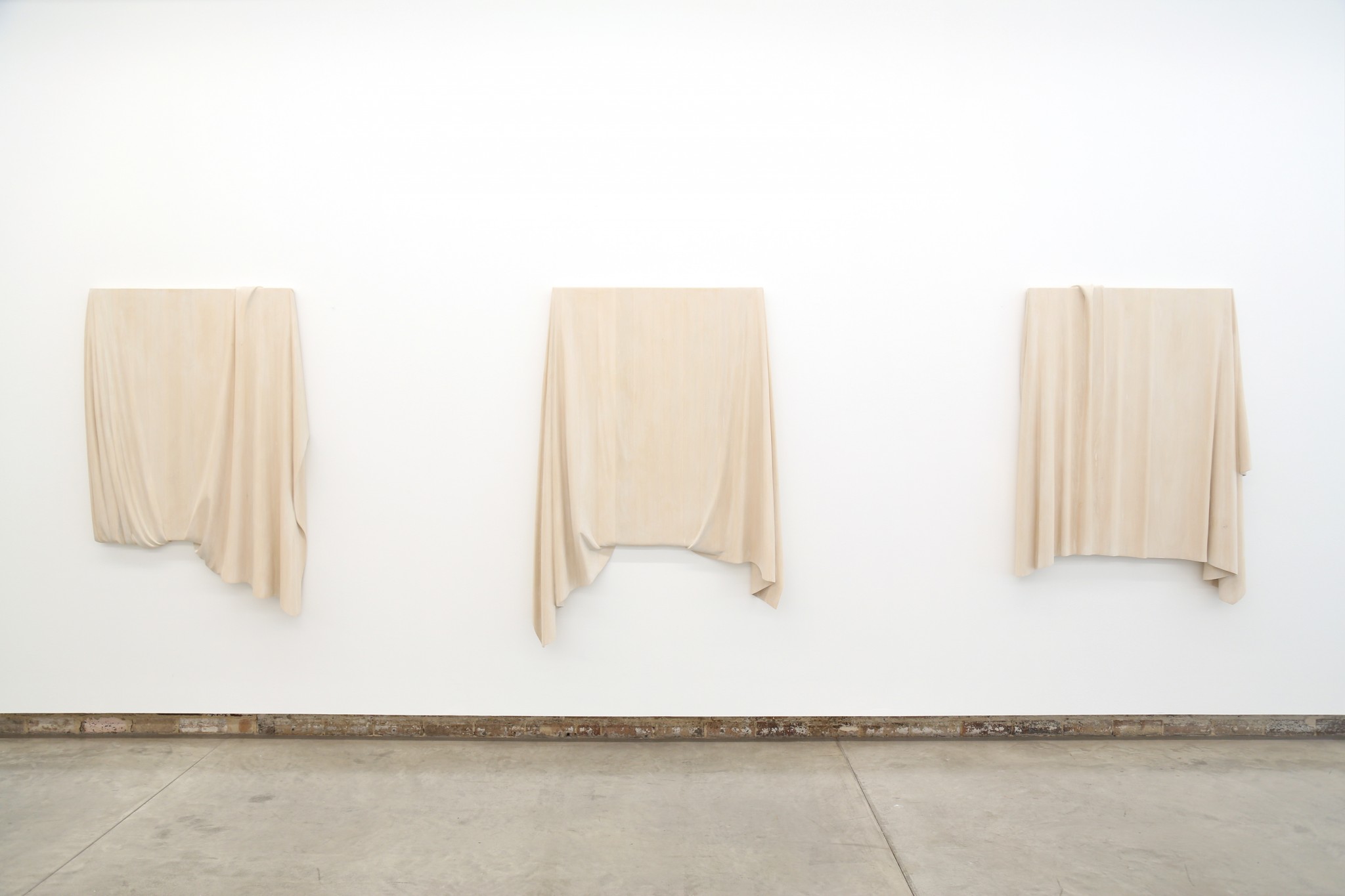 For some people, fitting into many broad and diverse categories can be a disadvantage. It can make it very hard to understand where in the landscape of art you fit. But for Abdul-Rahman, this is a strength. He believes there’s privileges that come with whatever you bring to the table as an artist, and that it’s a privilege to be an artist at all.

“It’s a way of situating yourself in bigger, overlapping circles. I always look at the things that would be considered an obstacle in the real world. I feel these are strengths as an artist, if you want them to be.”

Abdul-Rahman believes clarity about where you might sit in the art world, and what ideas you want to be associated with are essential. This allows people to understand who you are as an artist and helps people access the work you make. He says it’s important to understand what you represent to other people and to clarify what that means to yourself.

Abdul-Rahman’s own experience allows him to explore individual identity from a cross-cultural perspective and the idea of family plays a big part in his practice. 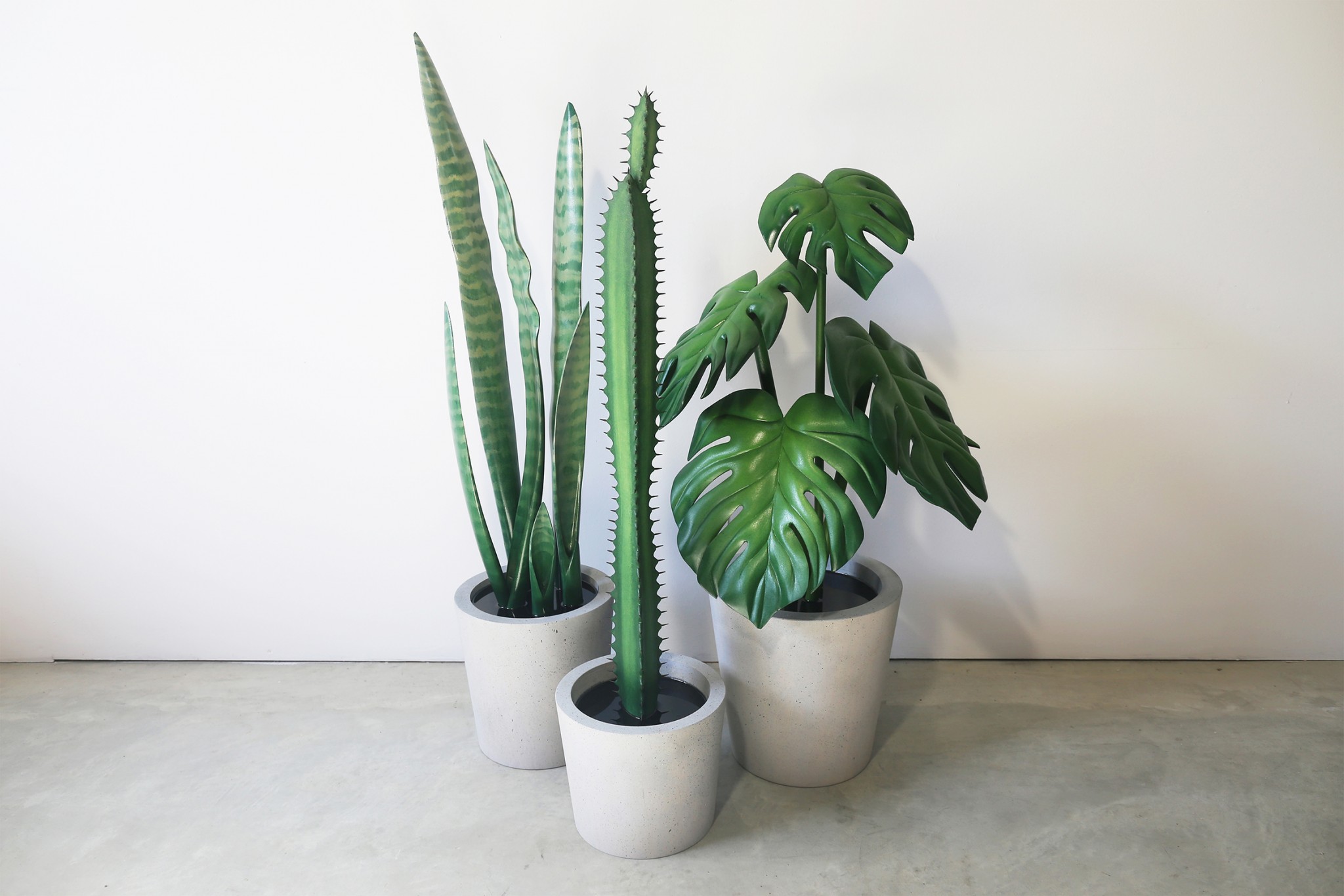 Moving to Mundijong five years ago, he now lives on a beef cattle farm that has been in his wife Anna’s family for 150 years – and, they have started their own family. With two children, and a third on the way, their children will be the seventh generation to grow up on the property.

“Now I have my own kids, I feel quite a bit of responsibility to not really structure their childhood, but to be aware of this childhood that I am responsible for and the impact it will have on someone as an adult.”

Living in a rural environment offers his children an experience full of magic and fun, a different experience to his own growing up in suburbia. Drawing on his own childhood memories, he has been able to explore the diasporic network of his ancestry and expand that to encompass his own family and many new definitions of ‘family’.

Family, to Abdul-Rahman, doesn’t just mean the straightforward genetic and chosen links and bonds. It also means the idea of communities within communities, marginal identities and even links between species. Family includes a connection with the land on which he practices, and his relationship with the animals who live on it.

“So much of my visual language is based on animals, and animal archetypes, what that means in different contexts and how that can be applied to human relationships. Proximity to the natural world has become fundamental to what I do. Some of my references are just outside the door now… if they will stay still!” 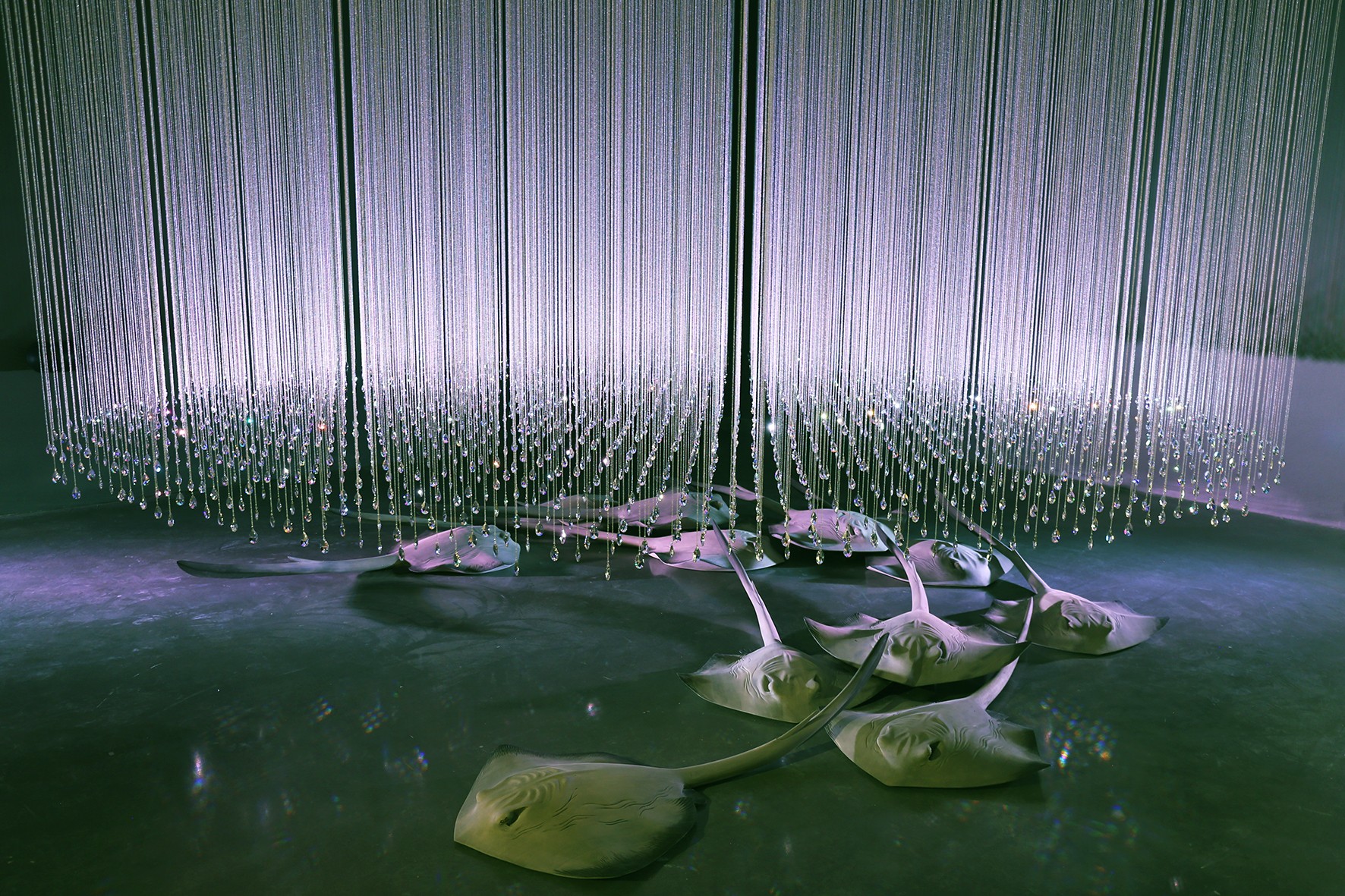 The biggest impact living regionally has had on Abdul-Rahman’s work has been having the time and space to set up a studio. As a studio-based artist, space is fundamental to his work and underwrites everything he does. With much of his practice dedicated to the creation of animal sculpture, where better than on a cattle farm?

During his childhood, Abdul-Rahman was never a pet person. But now he has goat, sheep, an alpaca, and is surrounded by birds. Since moving to Mundijong, he has been converted to living and working in a regional space.

“The animals I am exploring at the moment aren’t necessarily part of the economics of the farm, they’re not trading stock, they just live here. I wouldn’t even call them pets, they’re like housemates.”

Exploring the idea of animal encounters, Abdul-Rahman used to look towards those found in urban areas; cats, dogs, pigeons, and sheep. Now those same roles are being occupied by different animals, like cows, horses, and goats. He has been able to identify the role of animals as an extension of family.

Abdul-Rahman explains that getting to know big animals in a more personal way is quite a new experience for him. But it has just happened that way.

“Quite often you are working by yourself, it’s not a lonely process, but you are by yourself a lot. So sometimes I will talk to them. Chat to whoever is there, whether it’s an alpaca or a sheep, and get some feedback.”

… but they don’t typically answer back. 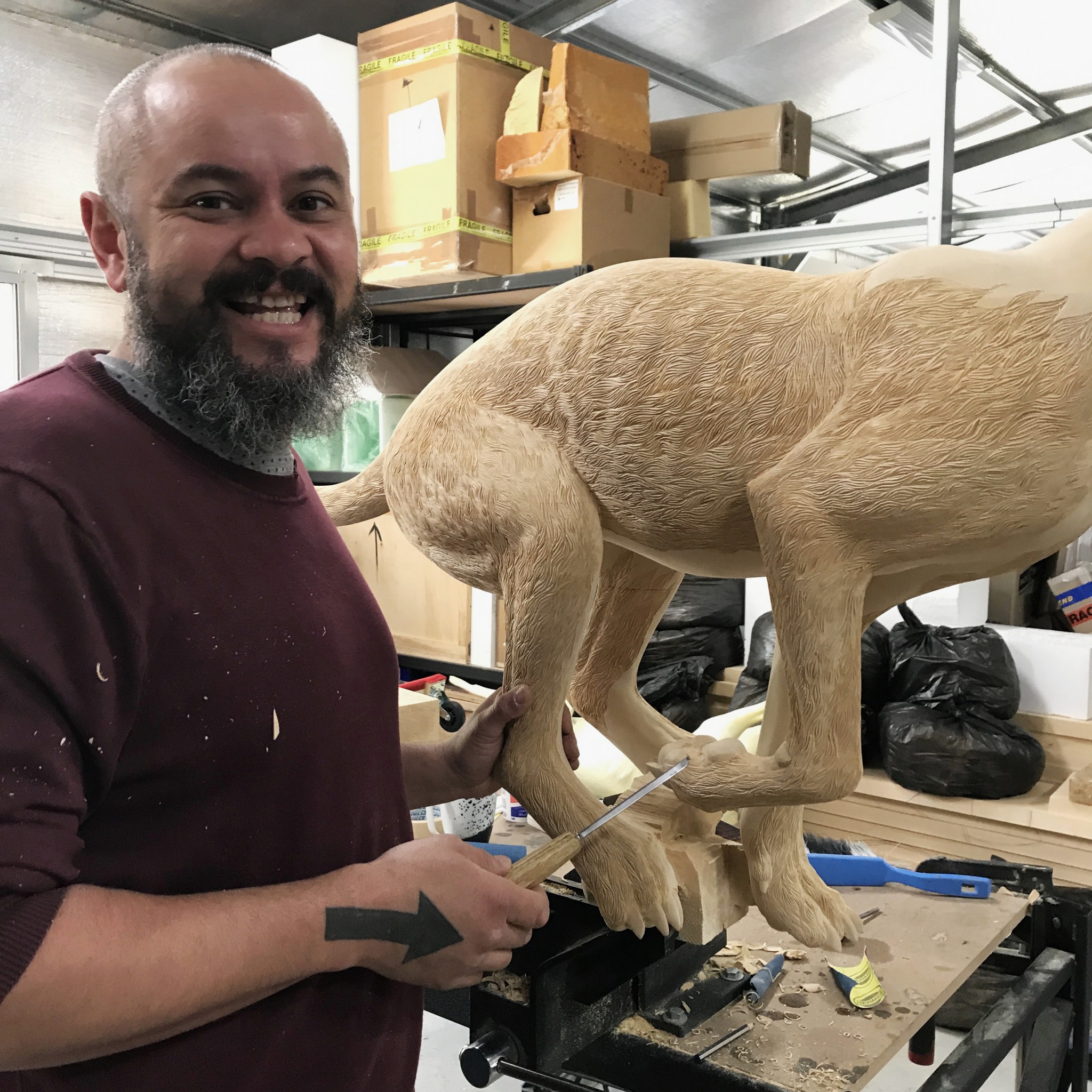 Abdul-Rahman Abdullah in his studio. Photo by Anna Louise Richardson.

As his creative practice has evolved, Abdul-Rahman has been continuously drawn back to animals. As he explains it, “These animals come with their own mythologies and associations that people bring to it. For example, you bring something quite ordinary into a space and people encounter it quite realistically in life size. It’s a way of sneaking into somebody’s unconscious. Everyone has their own narratives around a cat, or a crow, and everyone brings something different do it. It’s a way of tapping into what people already know and applying your own meaning to that.”

He doesn’t know specifically why he is drawn to animals, but it doesn’t matter. He chooses to lean into it and embrace it.

“You don’t have much choice as an artist, you just get drawn to certain things. I always think you don’t get much choice in how you make, whether you dance, sculpt, sing or paint, you will just work in a certain way.”

Abdul-Rahman does go back to some of the same animals over and over again. He sees those as the archetypal animals, representing every different interpretation of the animal they can point to. The most ubiquitous and common encounters, which can be explored in new ways every time. 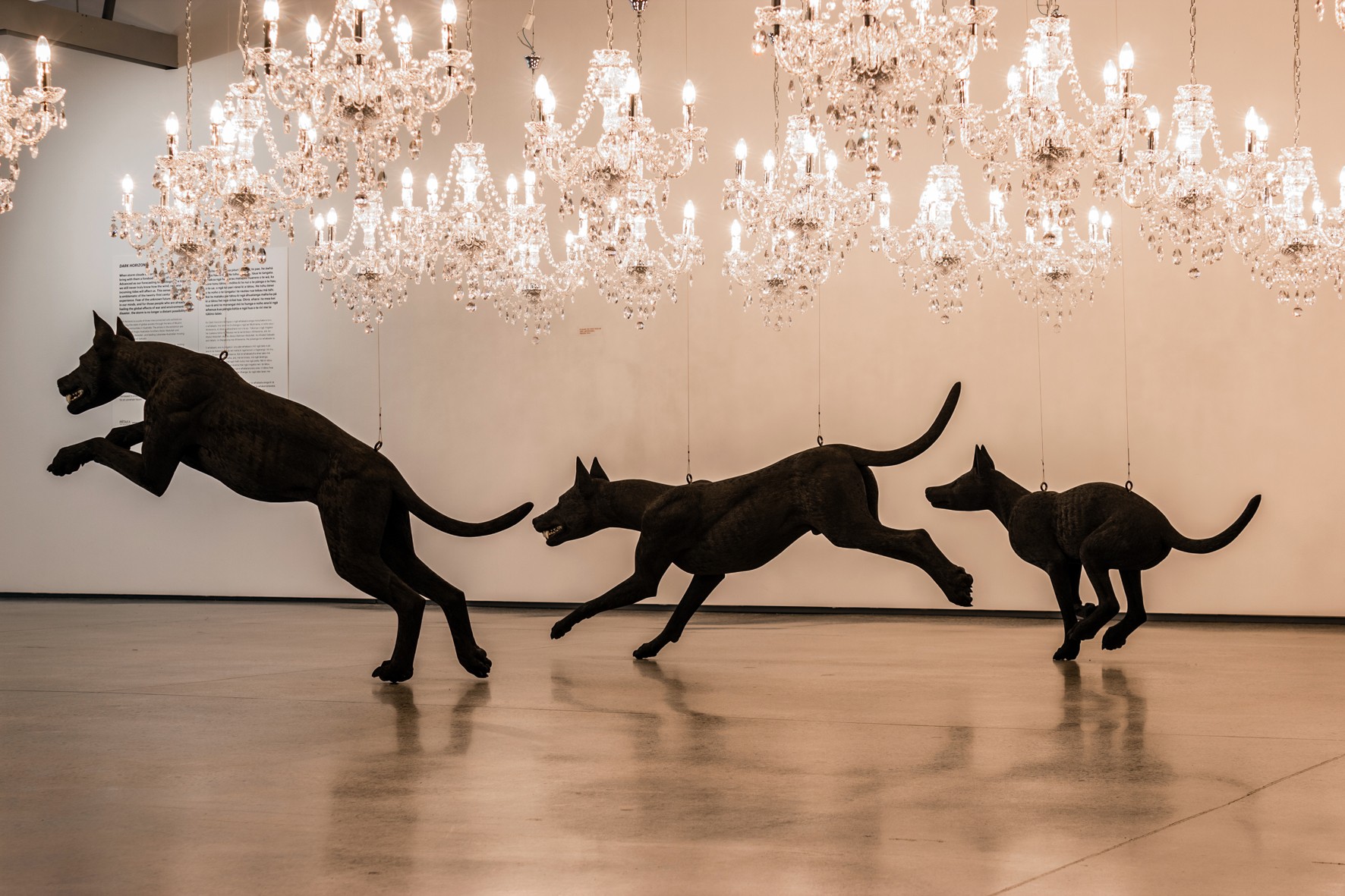 His animals are intricately carved in wood, and his installations need to be experienced first-hand. Recently, ‘Everything is True’ was exhibited at John Curtin Gallery as part of Perth Festival; his largest solo exhibition to date, bringing together twenty-five works from the past nine years. His current project, a group exhibition titled ‘Diaspora Pavilion 2 – I am a beating heart in the world,’ will be showing at Campbelltown Arts Centre in New South Wales from 22 May to 25 July. His next Perth project, ‘Peripheries – Abdul Abdullah & Abdul-Rahman Abdullah’, opens at Moore Contemporary on August 7. But there’s no plans to stop there, with exhibitions planned all over Australia next year.

“I’m just not finished with animals, and I don’t know if I ever will be. It’s just an endless source of meaning to be uncovered and stories to be told.”