This story was submitted by a member of the regional arts sector: Vivienne Robertson for Reclaim the Void. We love sharing stories from the sector. If you want to find out how to submit your own stories, take a look at the submit your story page. We can’t wait to hear from you!

In Australia, we’ve dug over 50,000 holes across sacred land and dump 500,000 tonnes of fabric and clothing every year. Reclaim the Void asks the question – can we give our hands and hearts in healing to create 5,000 rugs from these fabrics to seal one hole?

Seven years ago, Creative Director Vivienne Robertson took British land artist Chris Drury on a field trip to visit Ngalia Elders and community in Leonora. The idea was to discuss the possibility of a project related to their experiences of the Maralinga nuclear testing in the 1950s. Chris had previously done several artworks related to other nuclear test-sites in collaboration with Indigenous communities in the USA, and the Ngalia community had been fighting against the Yeelirie uranium mine for some time.

“We had a wonderful meeting and the community liked his ideas and how they could be involved”, said Vivienne; “however I felt there was something else… some unspoken pain. I found myself asking ‘what is your deepest pain?’, and one of the Aunties said, ‘it’s those gaping mining holes left all over our Country’. Perhaps being a wadjella wishing to ‘fix’ things, I spontaneously said ‘why don’t we do a project where we ‘seal’ one of those holes with something that carries the story of your Country?’. The aunty looked me in the eyes with such gravitas and sincerity, and said ‘yes, do that’’. 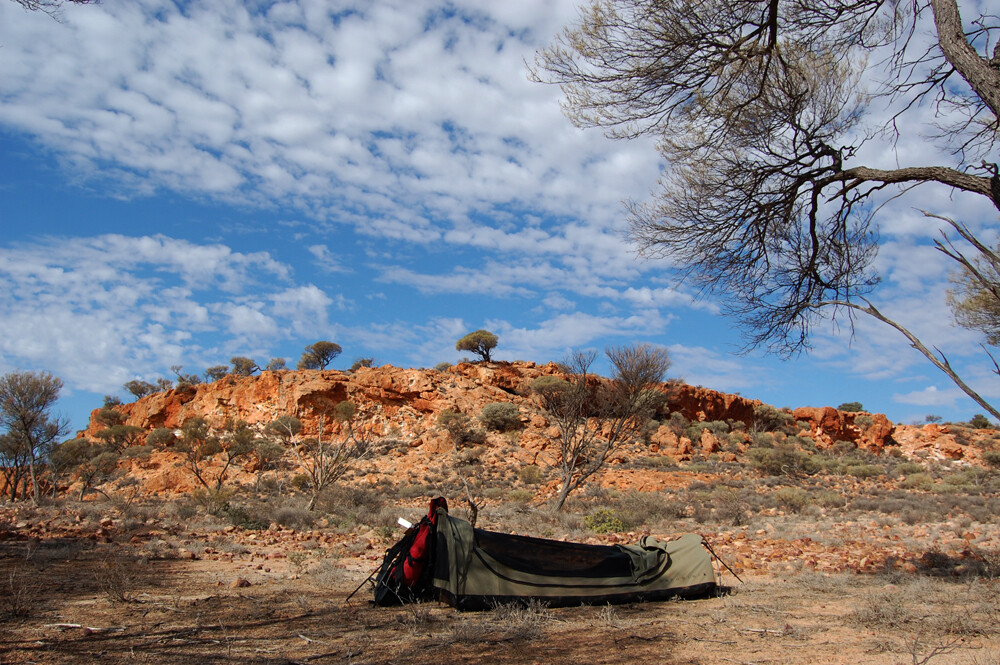 So from this grief, and the silence surrounding this grief, Reclaim the Void was born. Kado and Deeva Muir, from the Ngalia Heritage Reference Council (Aboriginal Corporation) and Vivienne met from time to time, touching base about the project.

“Kado always knew it would be made with textiles”, Vivienne comments, “but it wasn’t until he and I co-led two sacred culture retreats on Country last year that the story took a more definite step. He had indicated that it was now right timing for our project, and at one of the retreats, artist Lucy Ridsdale pulled out her circular rag-rug to sit on. Immediately Kado saw that the covering would be a huge ‘dot painting’ made of many rugs”.

As lead artist on the project, Kado will draw together contributions from community and artists into the final artwork, which will tell the story of the Country on which the mining hole lies. Each of the rugs will have its story documented. He hopes the project can use one of his artist mother’s paintings about Country as the basis for the completed work, but that will depend on where the work is situated. Her artwork Tui (claypans) has been used as the inspiration and to model the logistics of how many rugs would be needed. 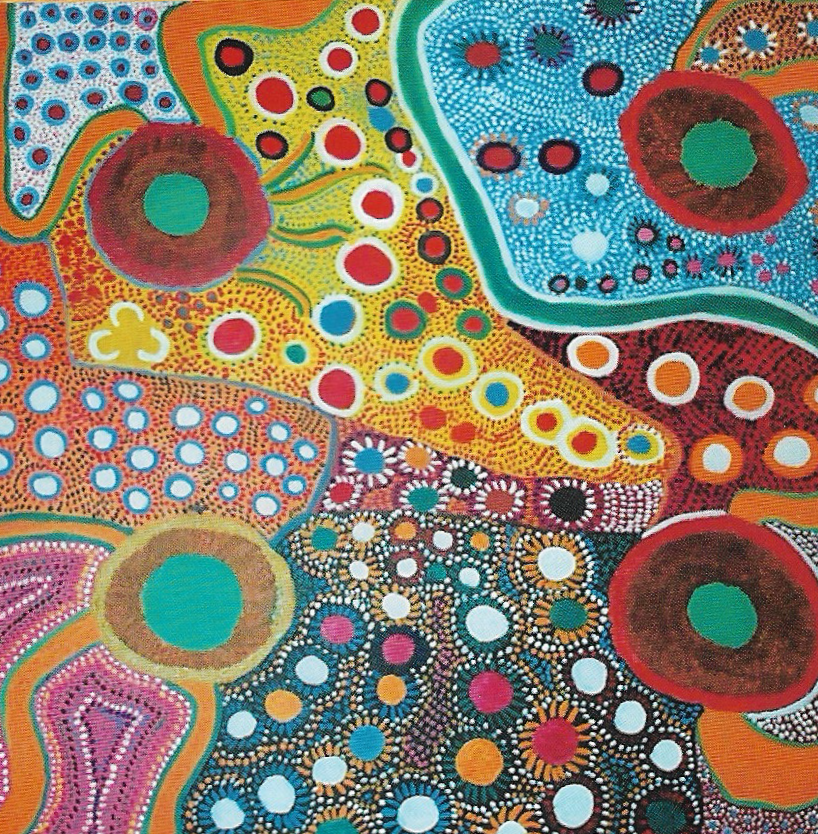 And that turns out to be a lot! Thousands! However, not daunted by this, the project team decided to start the ball rolling by offering a series of residencies at Leonora High School and on Country.

One of the project principles is intergenerational knowledge transfer. Kado will take selected students from Leonora High School out on Country, sharing stories and knowledge; and those students will then become ‘hosts’ to future camps – including a visit from Denmark High School students in 2022.

The Reclaim the Void team was overjoyed to receive funding from the Department of Local Government, Sports and Cultural Industries Lotterywest Creative Communities COVID-19 Recovery Collaboration Program to facilitate artists Lucy Ridsdale and Rachel McKenzie to offer rug-making residencies at the school and for the general public on the beautiful breakaway Country just out of Leonora. There will be two public rug-making camps offered in late August/September, as well as a sacred retreat. 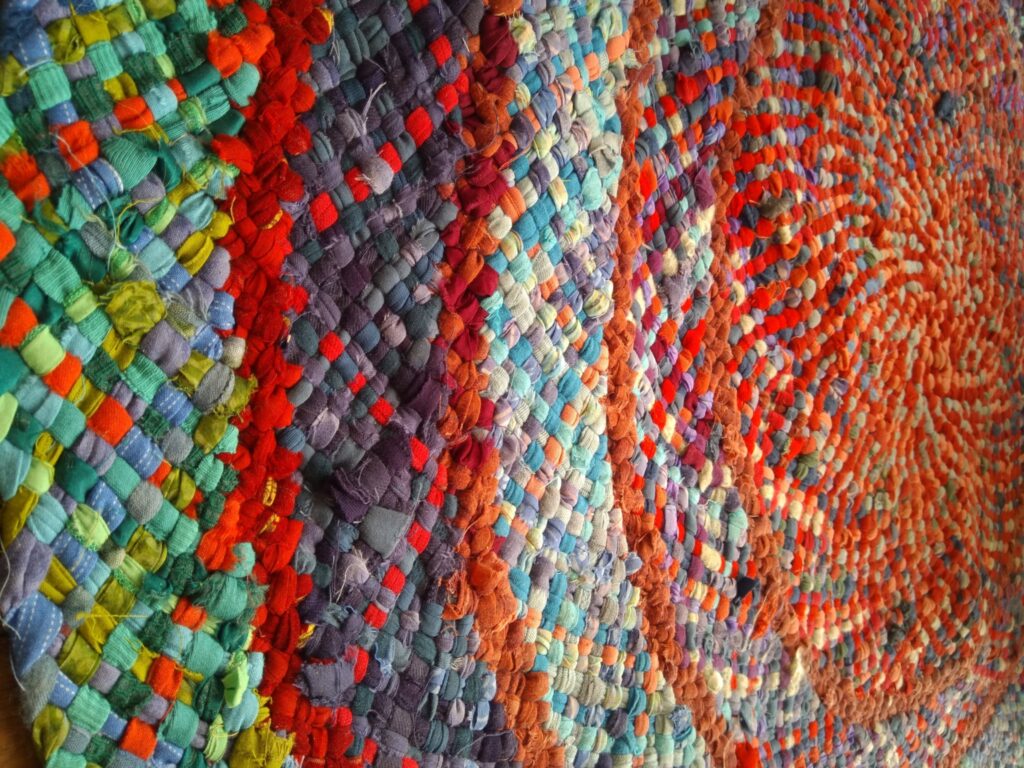 “So far”, says Vivienne, “we’ve had amazing responses from people about the project, including requests to hold workshops in the Wheatbelt, South West, Kimberly and Perth, and also contact from people from the Eastern States who are offering to draw together circles of people to make rugs to contribute to the project.”

As yet, the project hasn’t secured the mining site, but is in discussion with a couple of companies, as well as receiving advice from a structural engineer. Eminent ecologist Professor Kingsley Dixon has joined the project team as the scientific advisor. As Chair of the Society for Ecological Restoration Australia and a leading expert in mine site rehabilitation, Kingsley sees the great merit in art to raise awareness of the beauty and depth of story in Country.

“That’s what’s at the heart of this project,” Vivienne comments. “We want people to come join us on Country – have a real experience of the beauty, power, stories and culture of Country, with Kado’s guidance… weaving Country whole together”.

Rug-making camps are being held near Leonora from 27 August – 3 September. For more information and to book into one of the camps, go to https://www.reclaimthevoid.com.au