Permission to Die: Albany’s creative response to death and grieving

This story was submitted by the team at Albany’s Vancouver Arts Centre. We love sharing stories from the regional arts sector. If you want to find out how to submit your own stories, take a look at the submit your story page. We can’t wait to hear from you!

Permission to Die was created for Dying to Know Day, an international event that encourages communities to think about, talk about, and explore death in a way that eases the unknown.

The Vancouver Arts Centre team commissioned local Great Southern artists Ruth Maddren and James Gentle to create a body of work to address this theme, with the exhibition being commissioned by the City of Albany in partnership with the WA Primary Health Alliance, as part of a program delivered through the Compassionate Communities Project with funding from the Brandenburg Foundation. 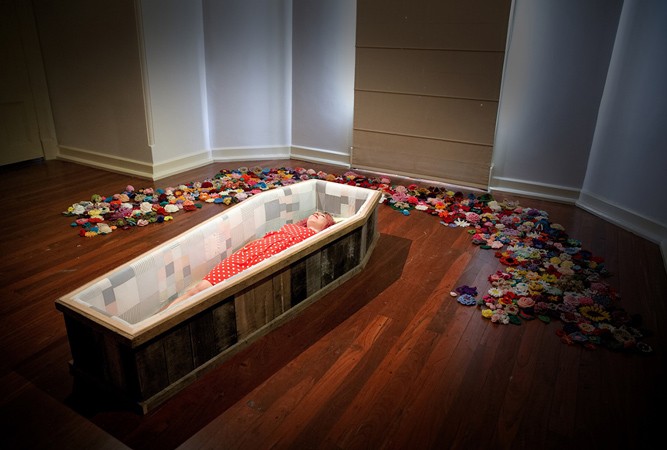 An exhibition visitor laying in the coffin beside community made crochet flowers. Picture by Bob Symons.

Ruth and James set forth to explore the silent realms of death through an interactive installation titled Permission to Die, which was presented at the City of Albany’s Vancouver Art Centre between 5 and 31 August 2019.

During June and July, the artists ran a series of hands on arts and craft workshops at the Vancouver Arts Centre and Albany Public Library, providing an opportunity for community members to get involved in the development of the installation, and at the same time discuss a range of subjects surrounding living well and end of life. 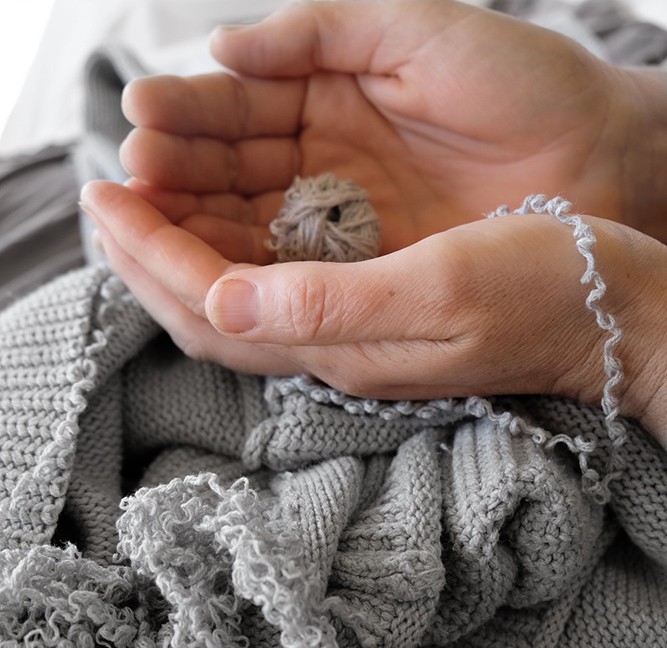 Unravelling the wool and the stigma behind discussing death. Picture by Ruth Maddren.

The three workshops included The Unravelling – where participants unravelled woollen jumpers while sharing their stories of grief and loss; The Last Loop – participants then reworked the wool from the unravelled jumpers into crochet flowers, again encouraging the conversation about death; Bed Beneath the Earth – found timber was fashioned into a coffin involving a new section of the community to use their skill to create an object that had a deep meaning and was far from most people’s experience.

The resulting exhibition provided a successful audio and visual stimulus to begin the discussion about living and dying well. Visitors were invited to lay in the coffin and have their picture taken which was then projected onto the gallery walls as part of the exhibition – again encouraging the discussion and sharing about death and loss, and inviting participants to normalise planning for a positive death. 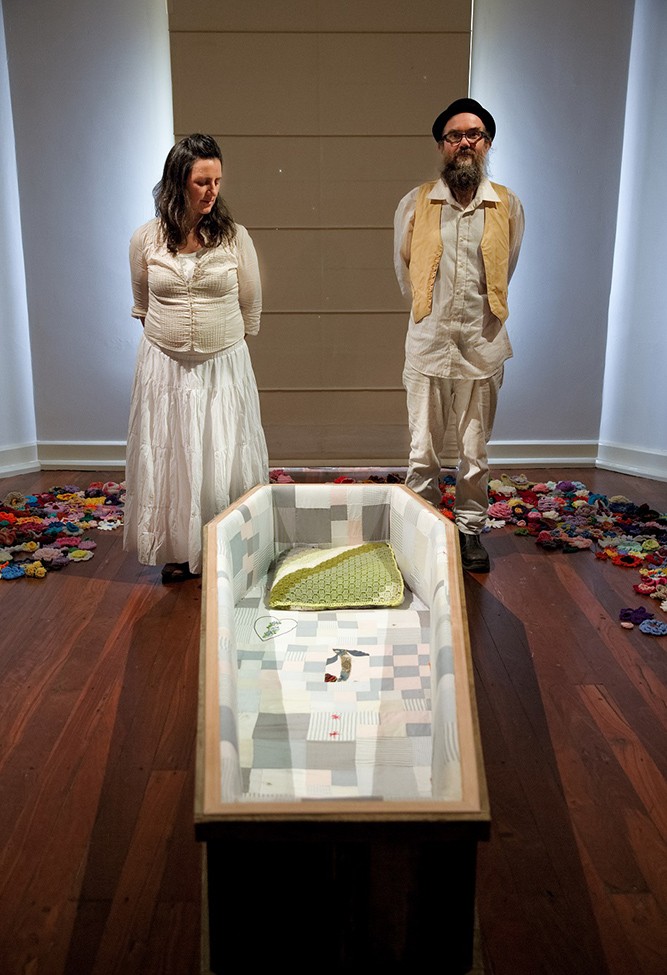 This was a powerful project, the audience included several people at different stages of grief and loss looking for a way to work through some of their emotions and feedback was overwhelmingly positive.

This project has been an engaging, confronting and rewarding experience for both the artists, the Vancouver Arts Centre team, and all the community members who participated in the workshops and visited the exhibition.