Olive Knight is a Walmatjarri artist from Wangkatjunka Community near Fitzroy Crossing in the Kimberley. She is the only Walmatjarri Gospel Blues singer in the world. Olive’s songs explore synergies between the new ways and the old, offer messages of hope and strength, and tell of her determination in spite of the loss of land and loved ones.

In 2015, Olive was supported as an individual artist through the Regional Arts Fund for $12,500 to work in partnership with Desert Feet. This funding allowed Olive to work with professional musicians including Lucky Oceans, Dave Mann, Steve Pigram and producers Richard Watson and Rob Findlay at James Newhouse’s Studio. The skills learned have been transformational for her as she has attested. Olive openly spoke of her feelings of self-development and a greater confidence the experience brought her, particularly the confidence gained by performing in front of a sold out audience at The Ellington. Through this project Olive has produced the album, Heroes and Laments – Walmatjarri Stories.

This investment in Olive has led to secured paid performances at the Nannup Music festival in 2016 and she has been approached by Fairbridge Festival, both premier music festivals for WA. Olive has received attention from Terra Rosa, Indigenous Community Volunteers and Curtin University as a result of the networking, meetings and promotion that took place during the project. These groups are interested in helping Olive develop her ideas around Health and Healing through music and have begun work on a project scope and funding plan.

Importantly, this project has added a valuable asset to the Australian music archives as well as a tremendous piece of history that has been captured in perpetuity for the prosperity of all Australians to come. The historical and cultural value of this contribution is immense.

“The sold-out launch was an overwhelmingly positive experience for Olive to perform with a highly professional band in a world-class venue”. 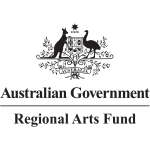