Emerging producer and arts worker Minna utilised the Next Level  grant to accelerate her capacity to the “next level” and to deliver projects as a producer through mentorships, one-on-one training, shadowing producers, producing, attending events that provide valuable networking opportunities, and generally kicking ass. 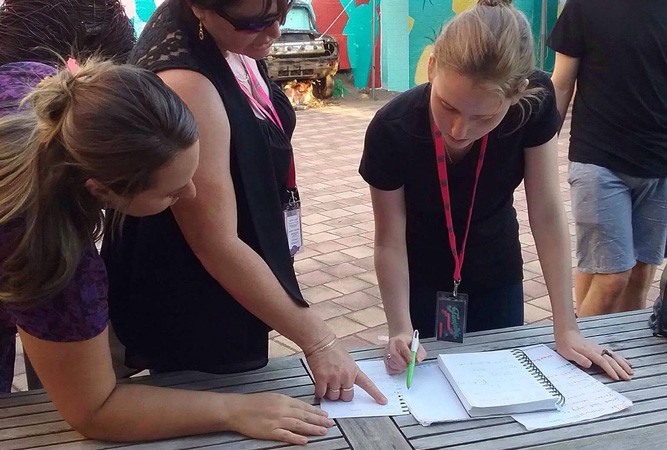 Over the course of the Next Level grant Minna:

“I have so much to learn still, but this project was the perfect opportunity to allow me to  invest in my abilities which I  now can invest in the community, Its a bonus that I even got a job out of it”

Due to the Next Level program Minna was able to advance the learning opportunities she would not have had access to in the past. This allowed her to create new opportunities in her community and producing work that then secured her a newly created full time Job at Euphorium for her as Associate Producer.

Minna is now the lead Producer in the company overseeing the coordination and planning of large festivals across the state and generally keeping the creative folk empowered and more importantly focused. Its not uncommon that you will see Minna at a community event telling her bosses, who are 10 years senior, what to do.

“Minna has boundless energy, creative enthusiasm and passion for what she does – combined with her practical mind and can-do attitude, she’s unstoppable!”

You can check out Minna’s work at the Euphorium website.