Multi-award-winning troupe YUCK Circus have performed at Edinburgh Fringe, on stage at Glastonbury music festival, and under the London Eye – but for Artistic Director and Broome local, Georgia Deguara, regional WA is where her heart is.

It was here that Georgia developed her craft and formed life-long friendships.

“There’s such a strong support network at Sandfly Circus. The program enabled me to think creatively and to take risks. It was there that I developed my sense of humour, built my skills – that time really shaped me into the artist I am today.” 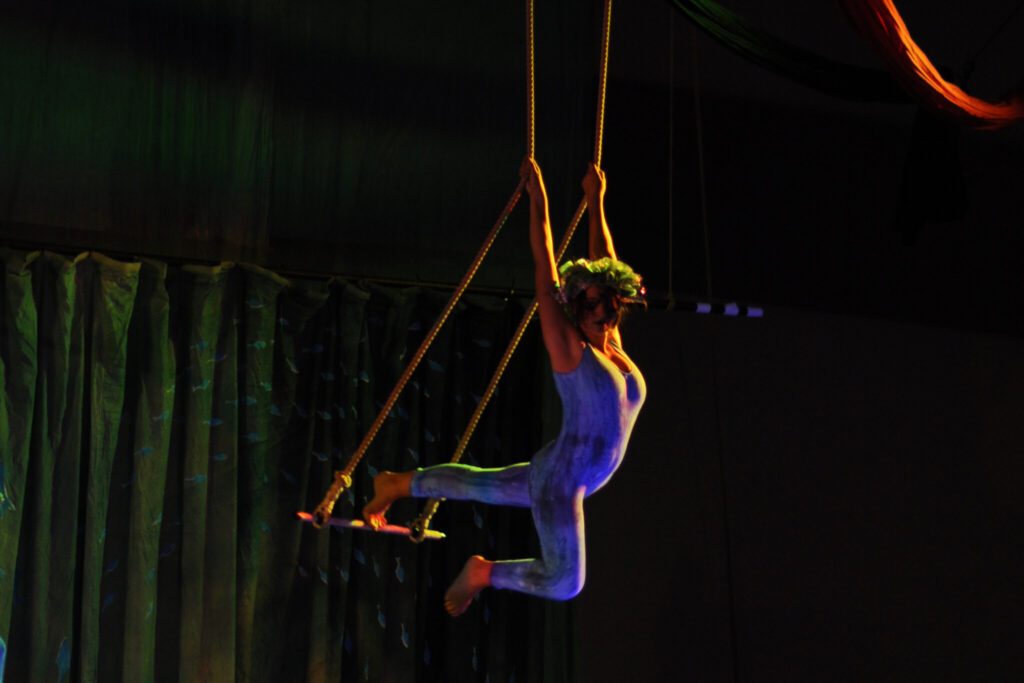 Georgia went on to study at National Institute of Circus Arts (NICA) in Victoria but missed the sense of community she experienced back in her hometown.

“It felt like I was trying to fit into a mould that wasn’t accepting of who I was, so I thought f**k that, I’m going to go and do my own thing.”

The idea for a show about growing up as a young woman in Australia percolated over her five years at NICA. The concept began as a humble one-woman show but grew beyond her initial expectations.

“I reached out to some of my friends just to ask, ‘is this a good idea?’… and to my surprise, they all wanted to be a part of it. It all happened just in time for the Gasworks Circus Showdown, which is kind of like the X-Factor of circus. I told the girls, ‘if we win Gasworks, we can go to Perth Fringe.’”

Not only did they go to Perth Fringe, YUCK Circus soon took them around the world. 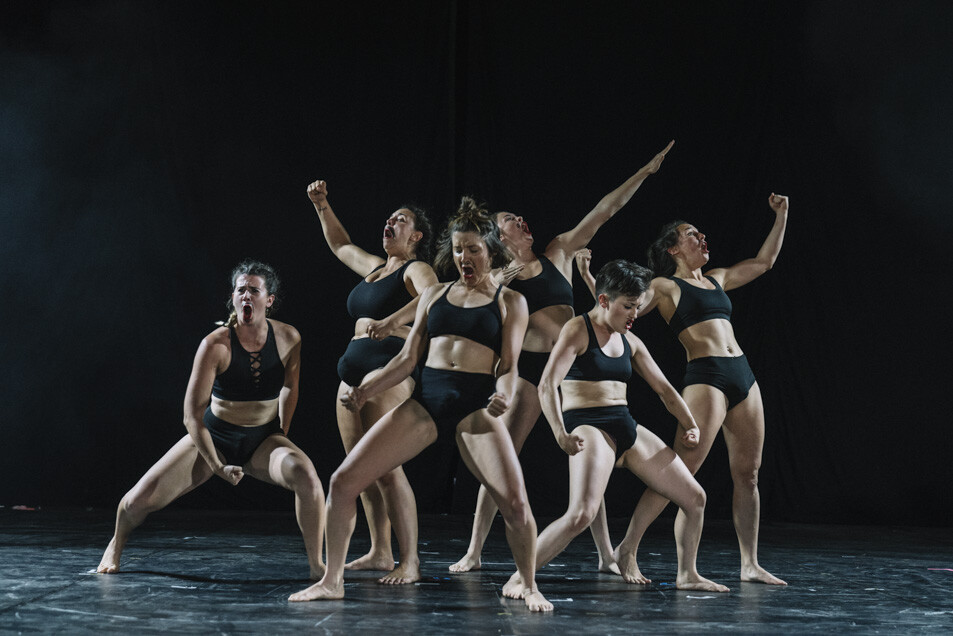 “None of us saw it coming. We thought we were just going to do two seasons in summer and then say, ‘thanks very much, see ya later’… but then we got offered to do Glastonbury Music Festival, then Edinburgh and Underbelly… and it just kept going and getting bigger.”

Although Georgia cherishes her time overseas, some of her fondest memories of performing have been right here in regional WA. One memory that stands out is the first ever full-length YUCK Circus performance which took place at the West Australian Circus Festival in Karridale.

“It was so packed that within the first 20 minutes of the show they had to roll up the sides of the tent to fit more people in. Also, because there was such a cold snap, the dew of the paddock soaked the stage causing each of us to slip. We had to grab a bunch of towels and wipe down the stage before each trick!” 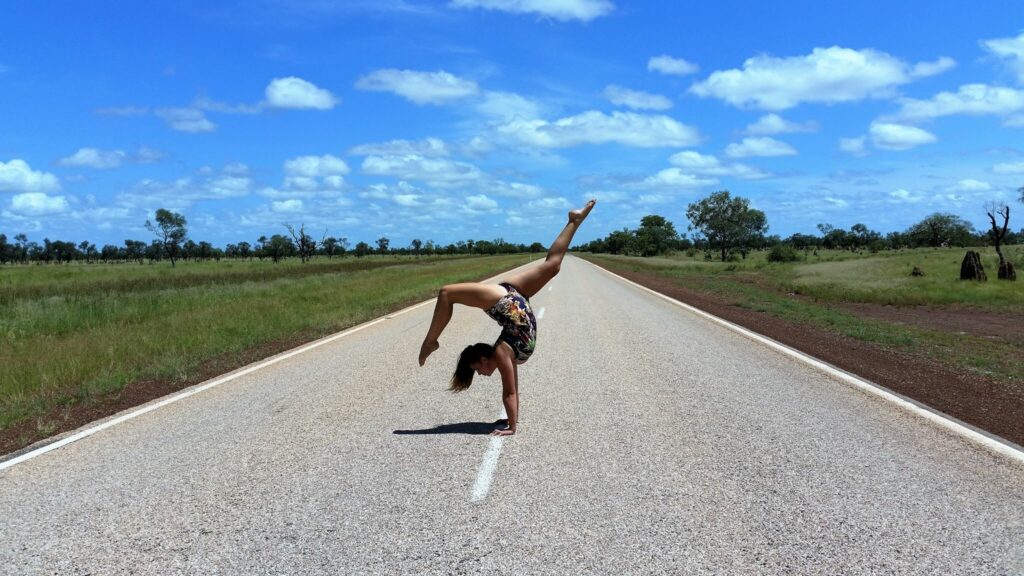 Georgia on the road for the Sandfly Circus Outreach program. Photo by Gwen Knox.

YUCK Circus will soon be taking on nine locations across regional WA as part of Regional Arts WA and Act Belong Commit’s Lotterywest Shows on the Go program. Georgia is excited to be able to share her work in places that may not regularly host live performances.

“Growing up in Broome, we never had shows come to town. At most we would maybe have companies that maybe got a grant and maybe do one workshop once every five years. We want people to know that, no matter where they come from, they can do this too.”

The energetic show tackles contemporary Australian issues, but not in the way that many would expect.

“All we’re really doing is running around in our undies on stage, doing some flips and taking the piss! We just want to be entertaining and make the audience laugh. Everyone is invited – bring your mum, your dad, your grandma, your uncle and your neighbour.” 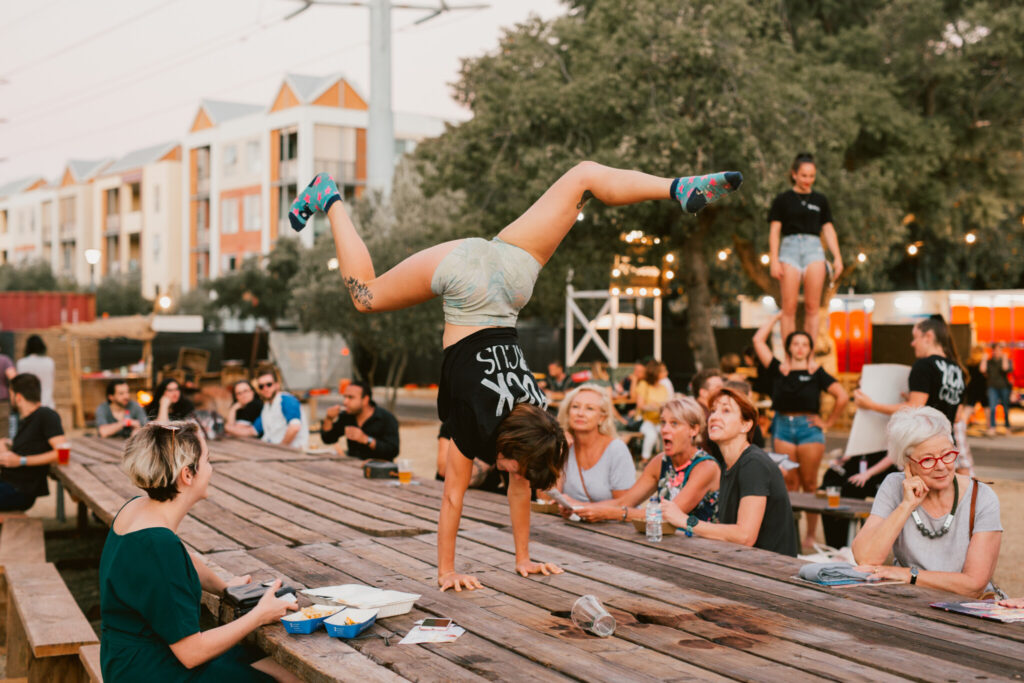 Georgia says to expect more than just a performance – YUCK Circus is an experience that begins from the moment they step into town.

“We’re not the kind of performers who spend all their time in their hotel rooms. We’ll be on the town before – and after – the show, having a snag off the barbie with the locals.”

So, keep an eye out regional WA, YUCK Circus are coming for you.

“When we arrive, you’ll know it – we’re like a pack of galahs coming into town!”

The YUCK Circus Lotterywest Shows on the Go tour, in partnership with Act Belong Commit, kicks off from 4 May in Derby. Tickets on sale now. Click here for more details.