This story was submitted by a member of the regional arts sector: Denmark Arts. We love sharing stories from the sector. If you want to find out how to submit your own stories, take a look at the submit your story page. We can’t wait to hear from you!

In a first for West Australian regional arts, Denmark Arts has partnered with WA’s premier literary magazine, Westerly, to produce an Online Special Issue featuring writers of the Great Southern.

Westerly, published at the University of Western Australia, has been going since 1956, and provides a West Australian-based voice to the world. It is listed in the world’s major cultural indexes and has been instrumental in the careers of many of WA’s most prominent and internationally renowned writers. 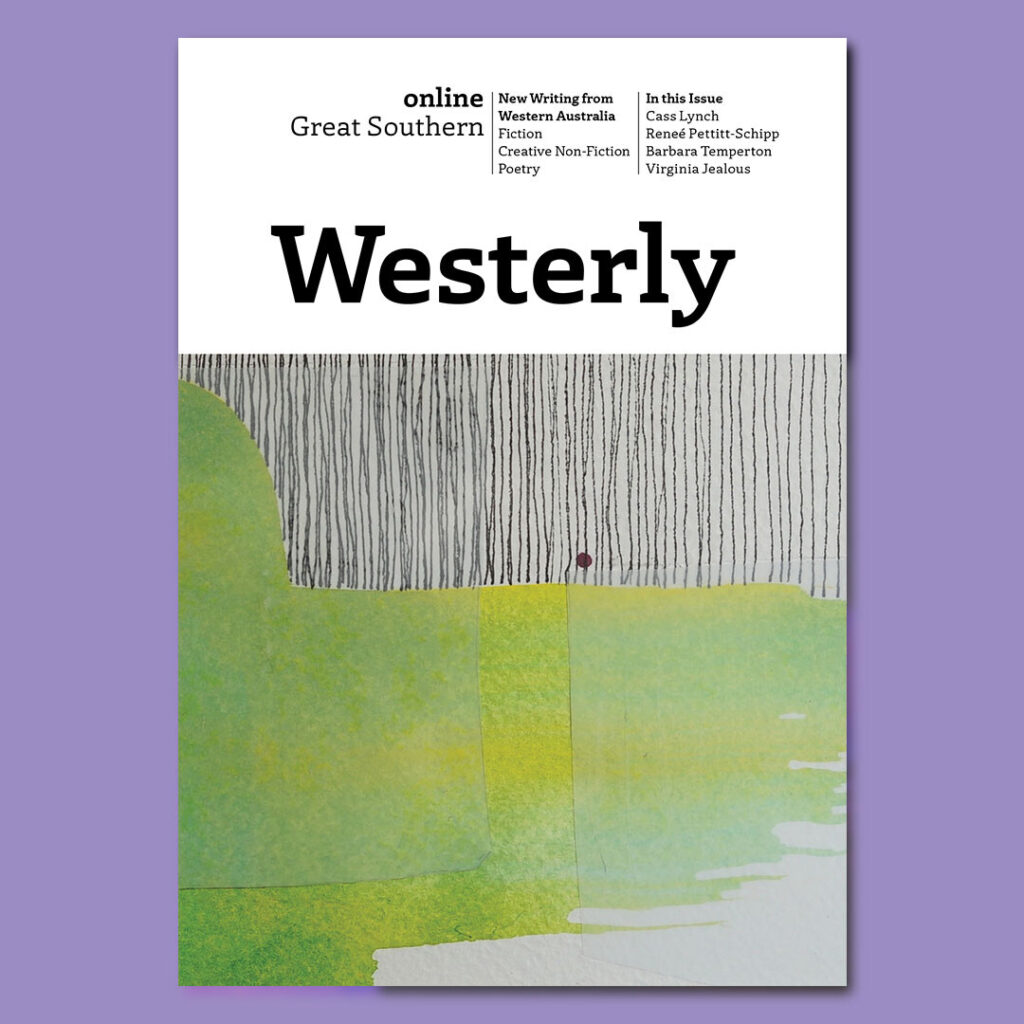 Image: The cover of the special Great Southern edition of the Westerly magazine, which will be available from 3 December.
Cover print by Beth Kirkland, who has a photo essay published inside.

Denmark Arts Artistic Director Vivienne Robertson says “I’ve been in conversation with Westerly for two years now, as part of a strategy to support writers across the region. We have such strong, gifted writers here, and so I approached Westerly to ask them to consider a region-specific Special Issue”.

“I was delighted that they accepted the proposal, and we’ve been working together to produce the issue. It’s an exciting partnership, and complimentary to the partnership developed with Varuna National Writers Centre for a Denmark Arts-Varuna Fellowship for writers from the Great Southern last year.”

Vivienne approached one of WA’s best known poets, Tracy Ryan, to edit the issue. “Tracy lives regionally herself, in York”, Vivienne says. “She was a perfect fit as our guest editor. She’s done a splendid job of working with the authors, selecting the pieces, and writing an inspiring foreword”.

The issue comprises poetry, photo essays, creative non-fiction, and short fiction. There are 15 authors in the issue, including 17 year old Elva Verity. “Many of the authors have won awards, including Elva”, Vivienne comments, “and the Westerly editorial team, as well as our guest editor Tracy, were impressed with the standard of work submitted.”

The three-member Westerly editorial team will be guests at the Kwoorabup Writers Festival, where the Westerly Issue will be launched on the evening of Friday 3 December, with readings and champagne.

The festival is the first designated writers’ festival that has taken place in Denmark. Taking place from 3-5 December, Kwoorabup features 28 local and guest writers, who will offer readings, participate in panel discussions and ‘conversations’, give talks, and conduct workshops. The festival is hosted by Denmark Arts with partners Teahouse Books and the Denmark Library, with funding from the Department of Local Government, Sport and Cultural Industries, through Writing WA.