The full ensemble of 14 young people had the opportunity to work with Fowler throughout the development, gaining confidence in building a play text from page-to-stage and growing into capable leaders.

“I learnt to collaborate and work with a team in all aspects, as well as be in charge of one. From working with a writer, to conducting a cast, to creating the vision with the designer, I got to have a say in all of that, and as I’ve only ever been a cast member in things, this was a fun challenge for me!” – Teaghan Lowry, director 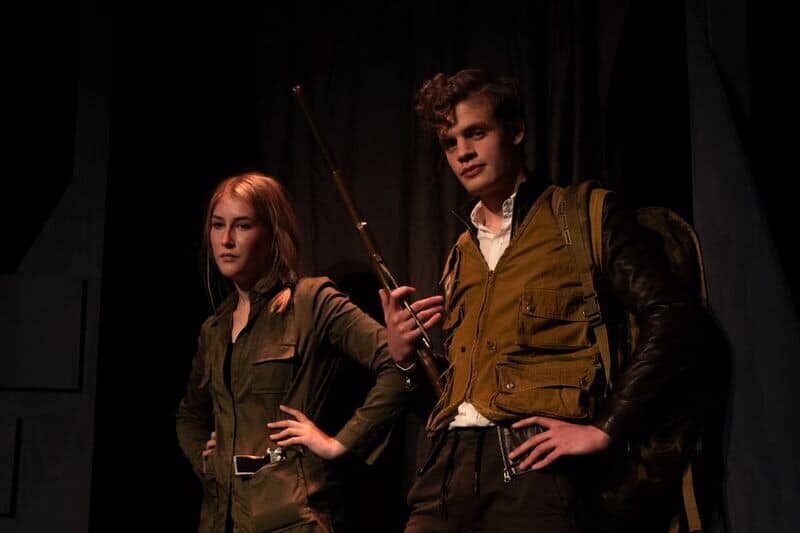 Dana Brennan and Kade Chatfield in the final Performance of Rust Town. Photo by Travis Wightman.