A group of 12 young Kalbarri locals engaged Geraldton-based arts organisation The Comedy Emporium to run a series of workshops based around the development of a comedy theatre piece.

The project partnered with annual festival Kalbarri Zest Fest and used local history as the theme of the show, resulting in a unique and engaging performance attended by 150 community members.

The Kalbarri Comedy Crew incorporated the Drug Aware message into their performance, using the signage as various props and including health messages in the script.

‘In the end, everyone had a great time. We had accomplished what we had set out to do, and had so many laughs doing so. Our performance was great, and now we all have a fresh set of new skills.

Some of our participants have even been so inspired that they are looking to other similar projects they can become part of. All of the youth participants now also have some helpful contacts for the future.’ 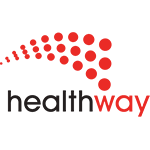 Drug Aware Brunswick on the wall