Following the Summit launch in Mandurah on Friday 28th April, the Country Arts WA staff had the opportunity to visit Pinjarra and meet up with Karri-Anne and Mark from Murray Districts Aboriginal Association. We were guided through the Pinjarra Massacre site by Mark and the audio tour MDAA has developed to commemorate the 1834 massacre of local Aboriginal people by police, soldiers, and settlers authorised by Captain James Stirling. 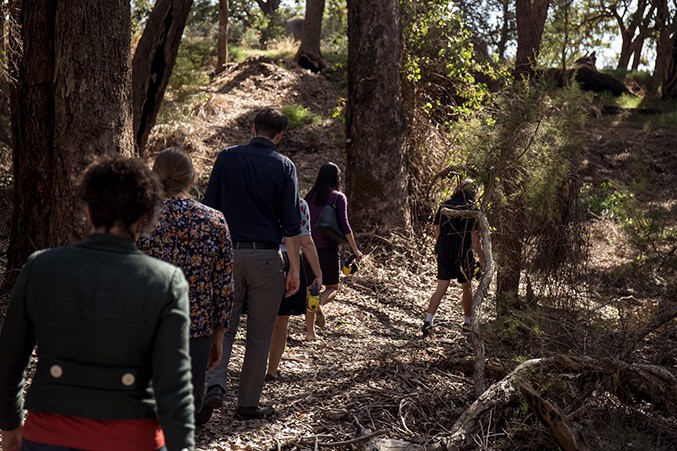 The audio tells the story of the massacre using the words of people who were present—both accounts from Aboriginal people who survived, and reports written by the police and soldiers employed by Captain James Stirling. These accounts bring the human experiences of the history alive and allow for a greater sense of connection.

The audio tour was a moving experience. At present, there is no signage or infrastructure at the massacre site, meaning we were walking through beautiful bushland on the river’s edge which without guidance I would never have realised is a significant historical site. This makes for a unique, unmediated tour—it was easy to picture what was being described in the audio and to imagine the vulnerability and horror felt by the Aboriginal people in 1834. The geography of the site is significant in the story of the massacre, and hearing the tale told while standing in the natural surroundings is immersive. At the end of the audio tour we were encouraged to take a moment to wander around the bushland and contemplate what we had heard. 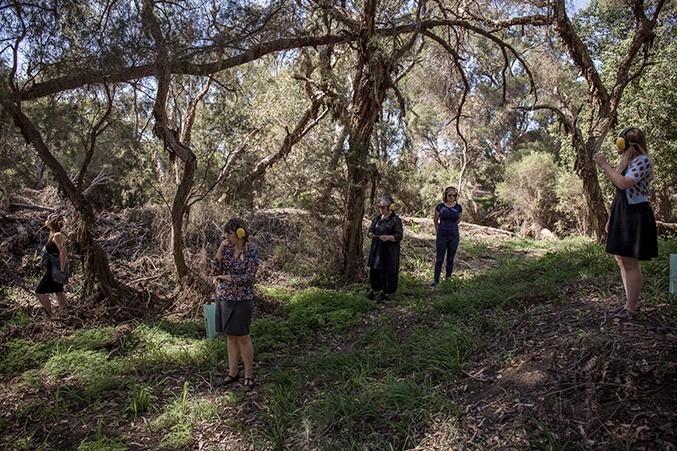 The Pinjarra Massacre site tour will be available as an activity for delegates of the 2017 WA Regional Arts Summit—I encourage those attending the Summit to take the time to attend this engaging experience and learn about a significant event in the region’s history.