Once upon a time…  In January and February to be exact, regional and outer metro presenters met with producers and performers in Perth for what we fondly refer to as Blind Dates.

Juicy conversations were had between presenters and the makers of theatre, circus, spoken word, comedy, opera, puppetry, children’s shows, aerial, dance, music and cabaret – starring local, national and international artists. The meetings were hosted by Regional Arts WA and CircuitWest alongside the Fringe World Festival program. 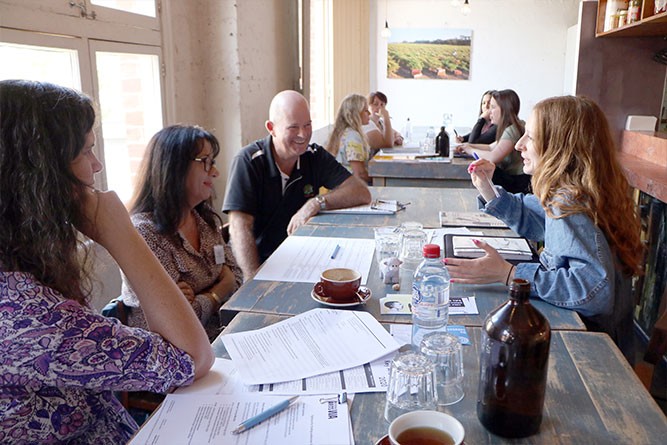 Now in its fourth year, Blind Dates aims to break down the barriers between producers and presenters, allowing conversation to flow freely in a face to face environment, just like a date.

For some presenters this was the first time they had spoken directly with producers outside of tours organised by Regional Arts WA or another organisation.

“I have only been presenting shows in our area for a few years. During that time, I have only presented one show that was not organised by Regional Arts WA & found it quite overwhelming. I now feel more confident to source shows from other avenues. I found it a very positive experience.”

Since first meeting at Blind Dates, many presenters have gone on to secure a second “date” by contacting producers directly and booking shows for their community in the future. What a winner!

Presenter feedback has been very positive. Some saw it as a real eye opener to see how a tour is created or a chance to listen to the challenges experienced first hand by producers and performers. Others found it an opportunity to express the needs of their own individual community, promote their town as a destination worth touring to, discover new shows and engagement activities to program, or network with other presenters and to learn about their programing needs and challenges. 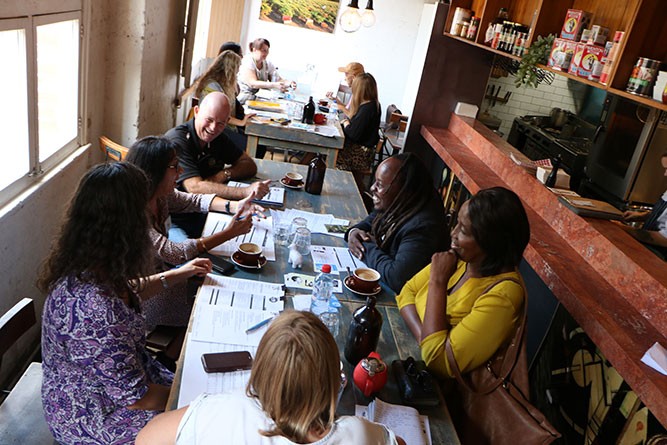 In this year’s dating frenzy, we had 35 dates with 46 producers, which was an increase of 10 from 2019. Of the producers, three were from regional WA – Kalgoorlie, Bruce Rock and Albany. Excitingly – 29 dates were about WA work!

Producers were rapt with the opportunity to meet and talk directly with regional and metro presenters about their work. Over 40-minute slots, many questions were fired at each party, as they got to know each other. Fantastic ideas were shared, and adaptions were made to get even more work ready for the regions.

What really became apparent to producers is the vast difference between presenters across this large state in terms of their target market, programming, marketing needs, budget, community engagement requests, and access to technical gear. They soon discovered that a flexible approach was required to cater for the different needs of presenters. 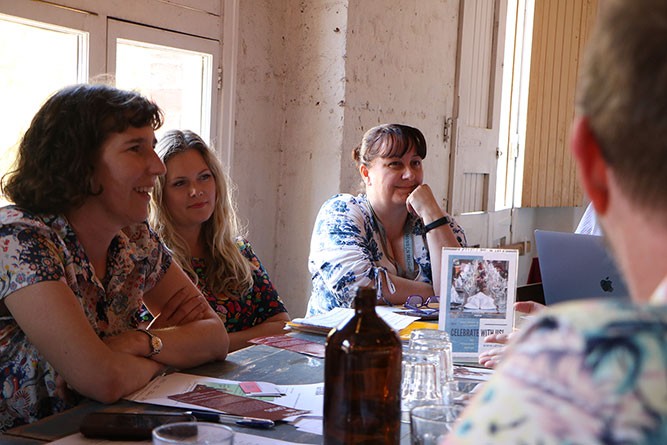 Producers saw Blind Dates as informative, encouraging and insightful. They said it was a great opportunity to meet presenters face to face and gain an understanding of regional touring and the different options it made available to them. Producers got the chance to ask specific questions directly related to their own work, receive feedback about their tour offering and package and learn about presenter needs and how they book work. Plus, the meeting served as a great way to connect with the people who have the knowledge and connections to take their productions further afield.

“It gave me inspiration to take my show to the next level and tour it around regional areas.”

This program, over the past four years, has seen three productions go from a single Blind Date to a full-blown relationship, so to speak. Producers met with us at Blind Dates, got selected to pitch at WA Showcase, and were then chose to tour in our Lotterywest Shows on the Go program by regional presenters. Productions include A Boy Named Cash, Purple People Show and YUCK Circus. Many other productions from Blind Dates have also been picked up to tour with other organisations, such as CircuitWest, or directly with presenters. Now that is a true regional arts love story!