Growing up without a TV, Mana Bennett looked forward to indulging in movies with his family. So, it really comes as no surprise that as a young creative, filmmaking became his medium of choice. 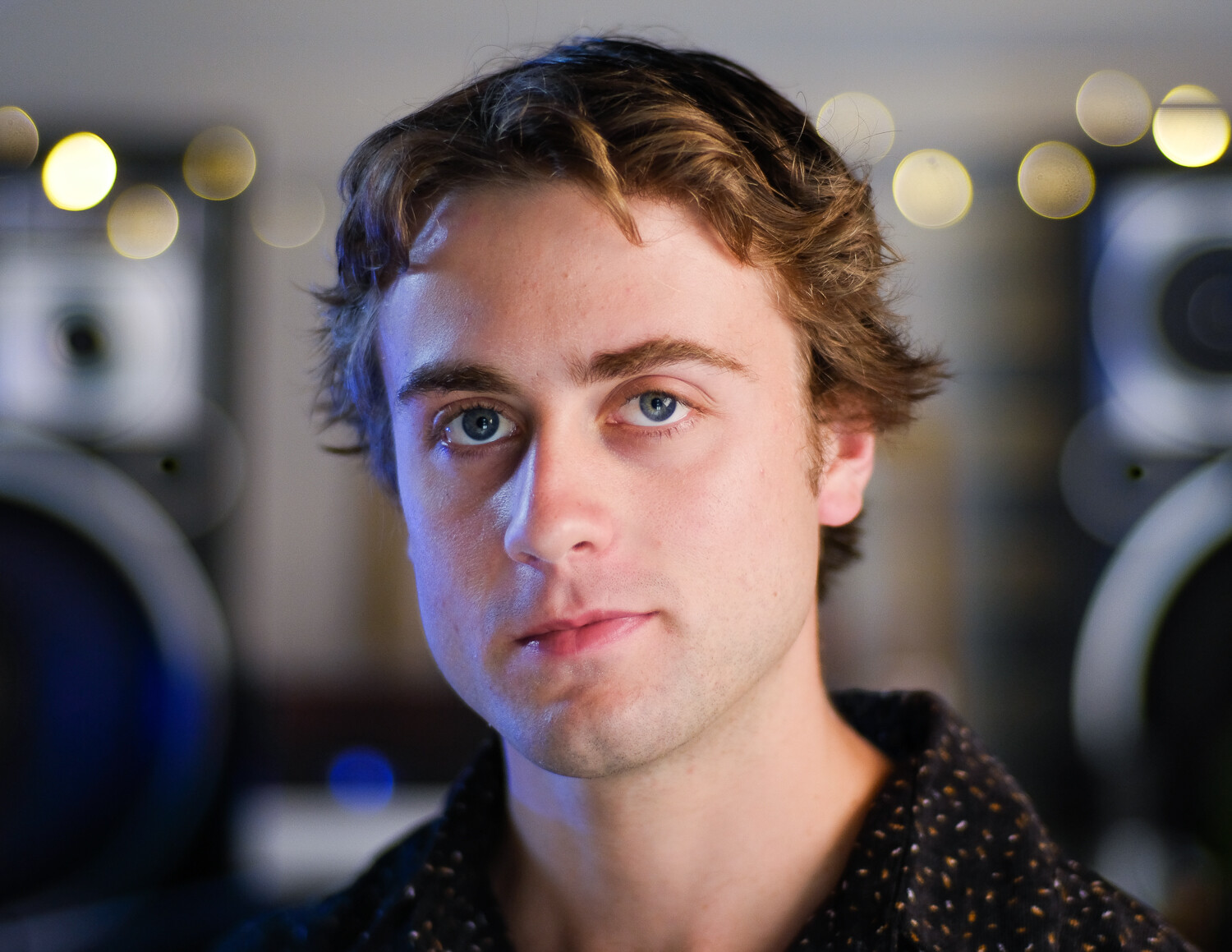 Naturally drawn to cameras from a young age, Mana began experimenting with film as a child when he and his sister Sita got hold of their first video camera. Of course, they didn’t know what they were doing at first – but they had fun playing around and learning the ropes.

“Our parents told us that we couldn’t get TV in our street – a strategic lie – so movies were the only input we were getting. We eventually started to explore that as a medium ourselves. We would write and shoot skits or scenes inspired by our favourite movies. Then, when I got older, I realised people actually do this for a living.”

When he was just eight years old, Mana and Sita made their first film. All he remembers was that it was some sort of ‘pirate thing’. They had filmed all the different parts but didn’t know how to actually put it together. So, it remained on camera, never seeing the light of day. The experience left its mark, though, and Mana has never stopped creating. 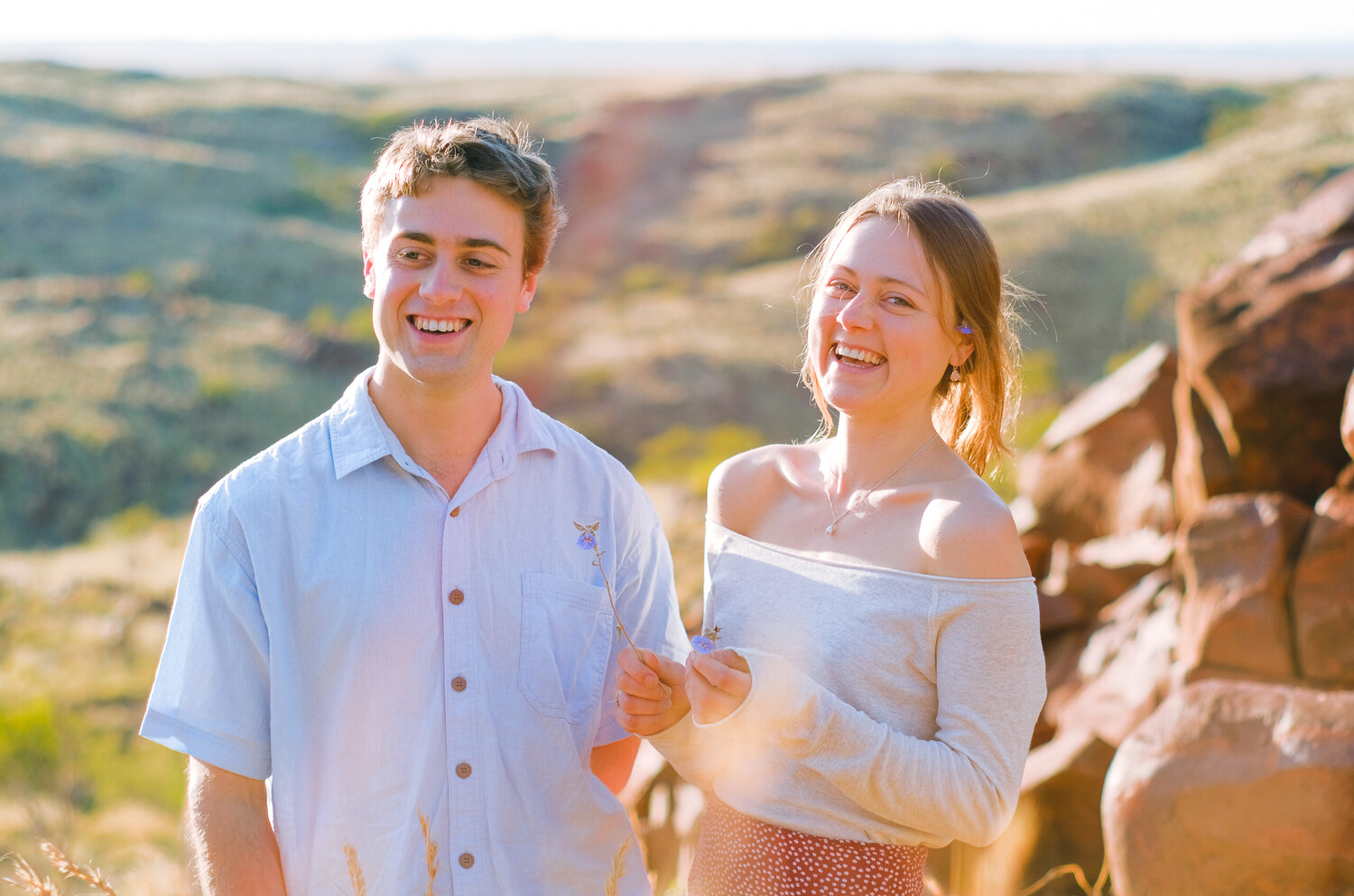 Entirely self-taught, Mana says he likes to work in a very intuitive way and credits his father, who designs handmade furniture, for passing down the family gene. Blessed with support from his equally creative parents, Mana began to experiment with photography and videography throughout his teen years, even working as a wedding videographer and freelance photographer while still in high school.

“From a young age we’ve always been encouraged to create. Well, we’ve never been discouraged that’s for sure. Our parents have always urged us to pursue what we love and everything else will inevitably fall into place. That creative support has been a huge blessing.”

When it came time to decide what to do after high school, Mana says he had quite an open mind. Ultimately, he wanted to do something that would impact the world in a positive way. Although he tinkered with the idea of doing something scientific, his more artistic pursuits bubbled their way to the top. 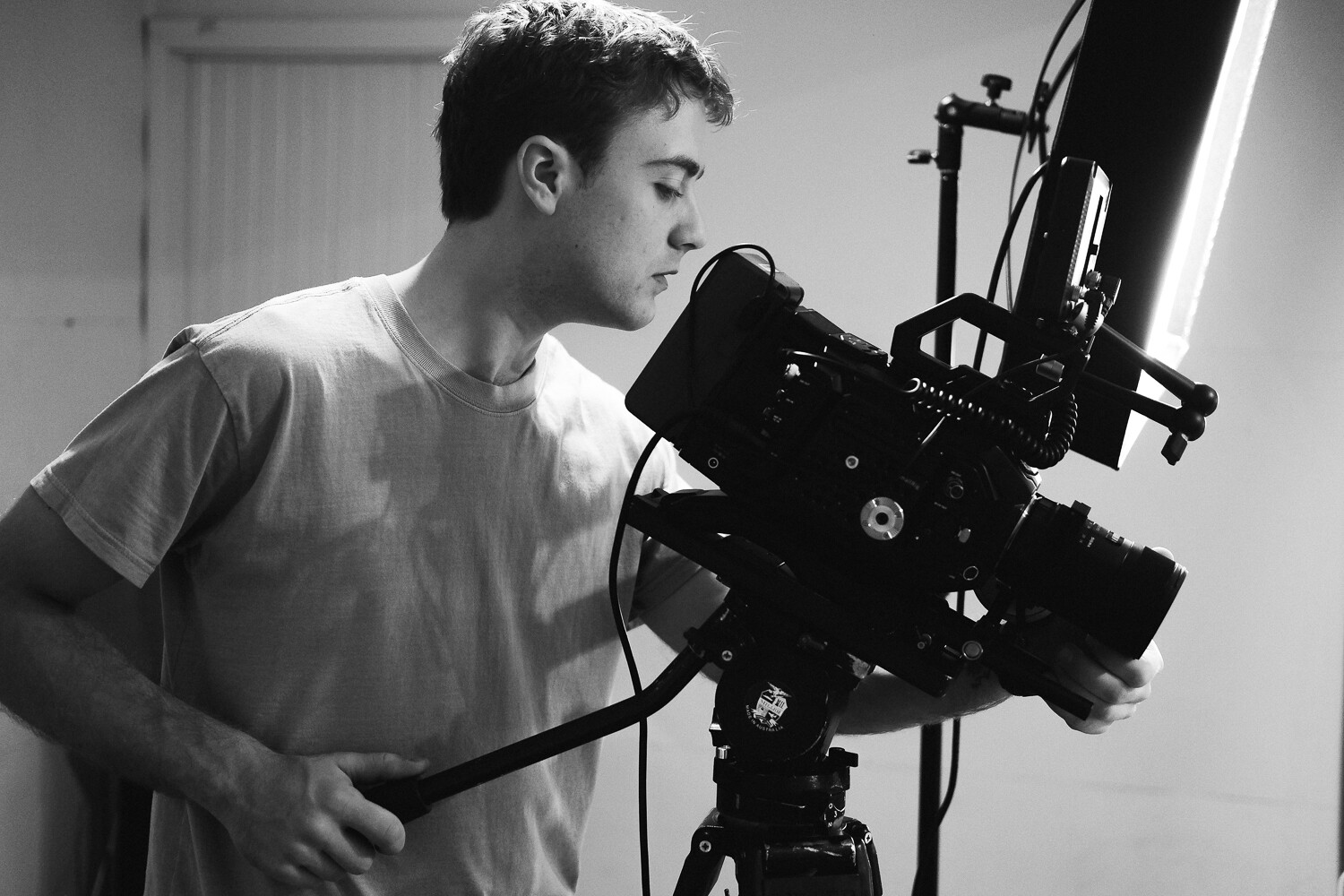 Behind the scenes of The Dance of the Samsara. Photo by Sita Bennett.

Setting his sights on a career in film, Mana moved from his home in the South West to Perth to begin studying. It only took two weeks before he realised the course wasn’t the right fit and he chose to head back home.

“It felt like there were too many preconceived ideas and boxes being formed. That’s a great path for a lot of people, but it just didn’t meld with me. I love the idea that anything is possible, and I don’t want to limit how my mind works. Even though I am probably going to make a lot of mistakes, I like the process of just figuring it out as I go more.”

Instead, Mana began to teach himself film techniques with the help of many online resources and completed his first official short film in 2019. Fascinated by the human mind and inspired by the likes of David Lynch and Alejandro Jodorowsky, his films have since taken on a surrealist route, with labyrinths and encrypted messages throughout.

In 2020, Mana was the recipient of a Next Level Regional Grant, allowing him to further hone his skills and create a 30-minute short film while also working on a script for his first fill-length feature film. 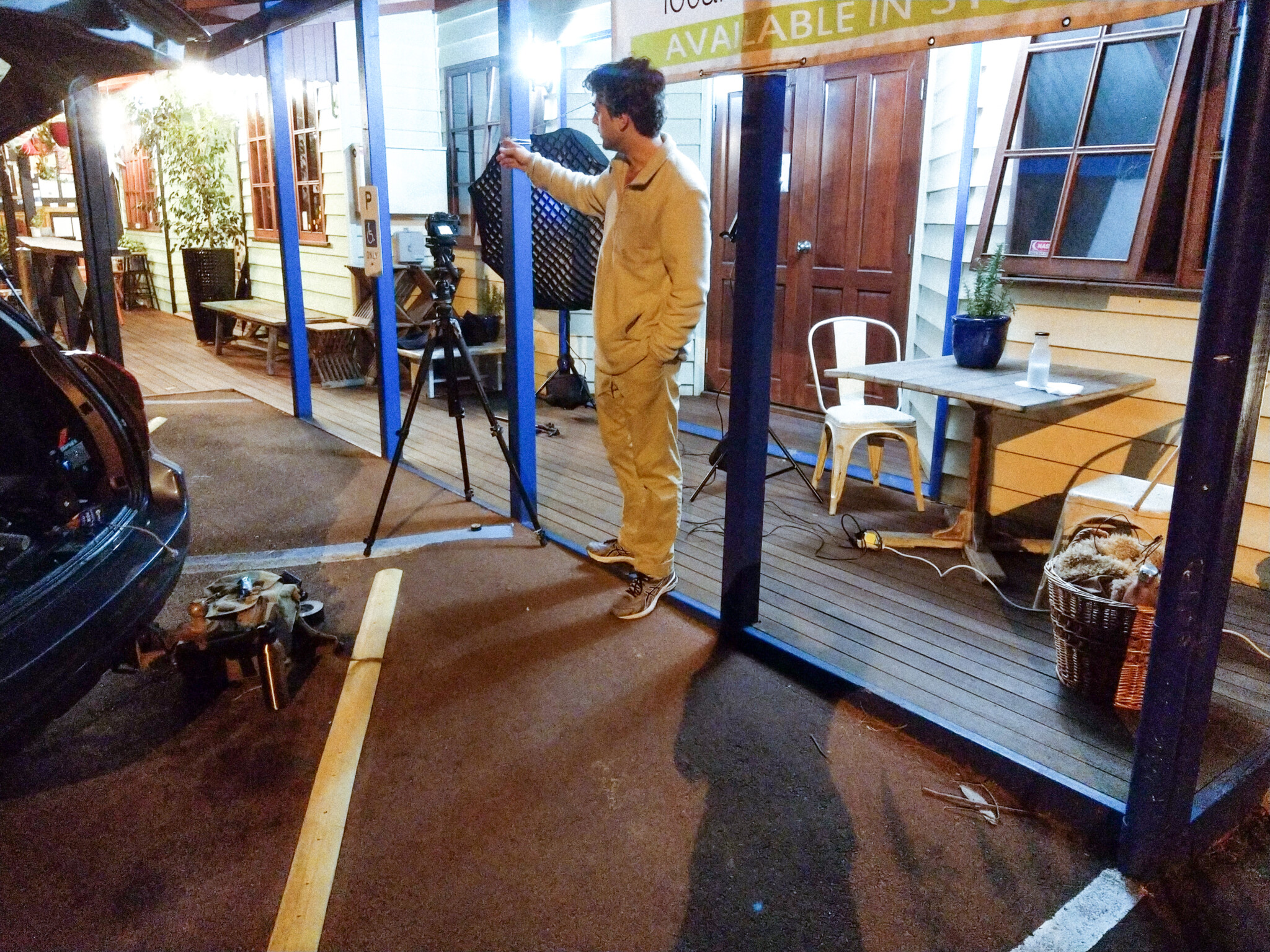 3am shoot in Cowaramup. Photo by Sita Bennett.

Mana says living in the South West has forced him to learn so much more about each individual element of the filmmaking process. Without a crew to rely on, he takes much of the work on himself. After scriptwriting, he can be found on set managing the lighting, sound, shooting and editing throughout the entire process.

Luckily, he has supportive friends and family who are always keen to jump in front of the camera and help behind the scenes.

“Being on set, directing, and having all these different things going on at the same time and then having to come right back into the moment. It’s creation on the fly. You are creating with other people, and everyone’s got their own precious ideas to contribute. Just about anything can happen, I love it.” 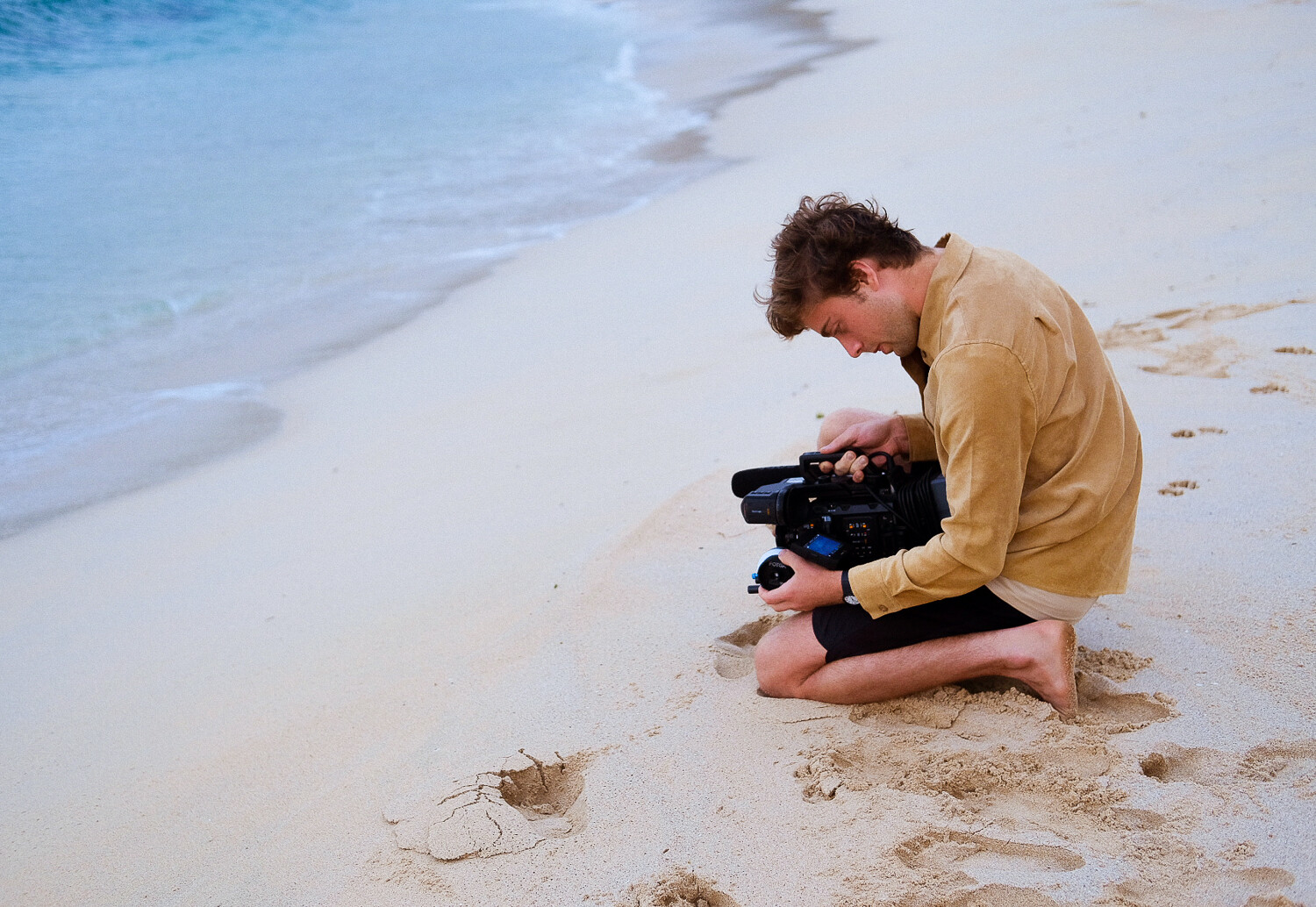 Mana capturing the opening shot for his next short film. Photo by Sita Bennett.

For Mana, filmmaking is an evolutionary process; nothing remains the same from the initial script to the final cut. Everyone’s small ideas and contributions lead to small shifts and changes throughout the process. The process is seamless but can leave a huge impact on the outcome.

“You just get so many different opportunities to evolve. Throughout the writing, shooting, and editing, you’ve got a whole new time to write. It feels like it evolves almost by itself. Like, I’m just a little cog in the wheel of this thing that’s evolving on its own.”

As obvious as it sounds – everything starts with an idea. An idea which Mana will sit down with his sister Sita to discuss. Together they work out if the idea has depth, and if it’s worth exploring further. It’s during this back-and-forth Mana says something really special happens – they give up on trying to use their minds to forcefully create something, and instead just listen.

Mana and Sita’s first film came about through this process, with each of them bringing different ideas to the table. While discussing each other’s ideas they began to realise they were looking at two pieces of the same puzzle. Two ideas that could be seamlessly blended to form an enthralling plot. 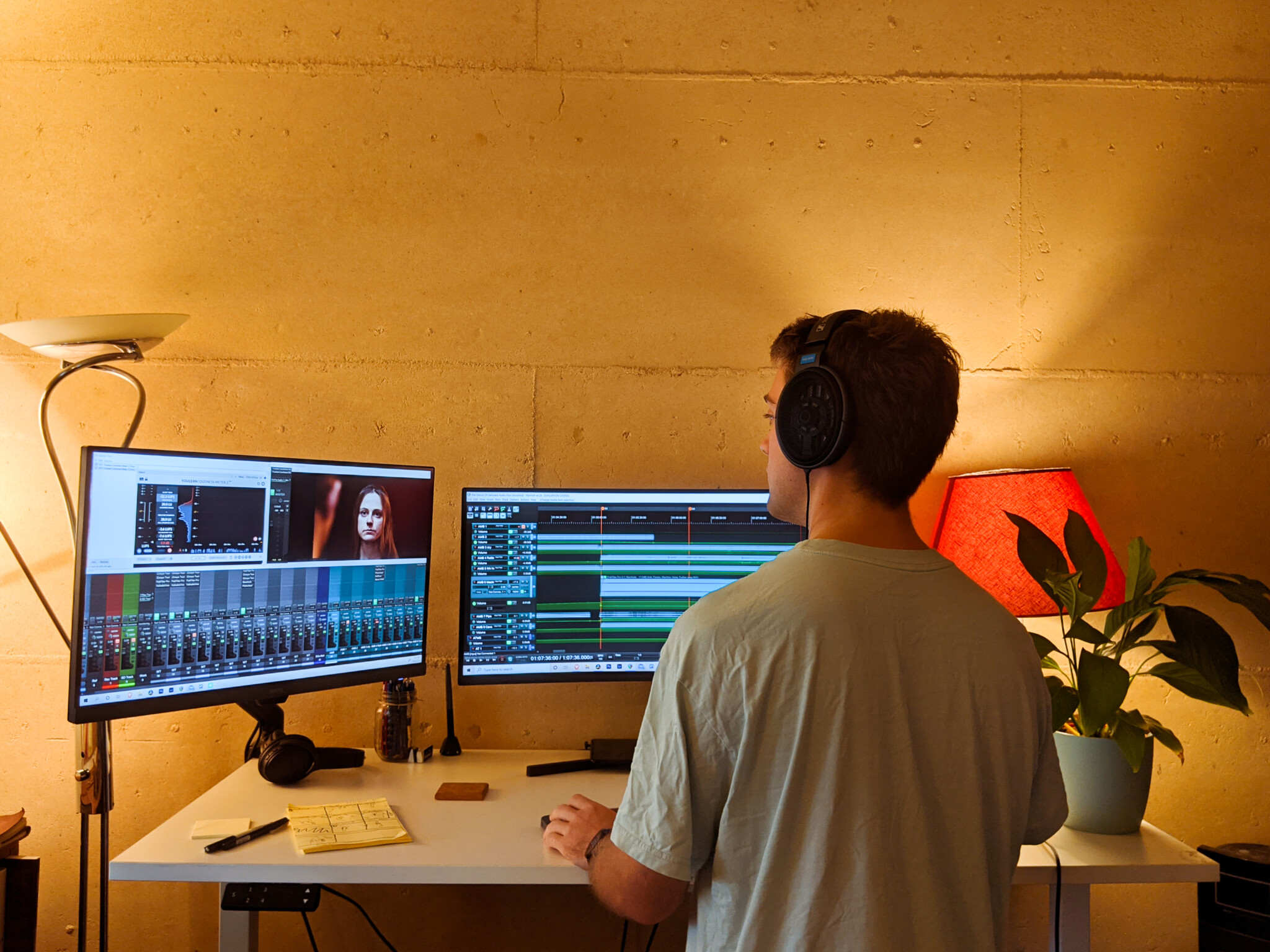 Editing The Dance of the Samsara. Photo by Sita Bennett.

Shot in the Margaret River region, The Mitoté was inspired by ancient Toltec wisdom that views reality as a collective dream. The film explores the six main characters of our human mind that cause suffering and spans four dimensions of consciousness, each shocking you into a new reality.

Similar themes are explored in their most recent film The Dance of Samsara, which explores one young woman’s awakening of consciousness. Based on Buddhist traditions, ‘Samsara’ describes the cycle of life, death and rebirth, and the film attempts to capture that idea in a slightly absurd and surreal way.

Despite the spiritual themes, Mana says he doesn’t tie himself to any one religion. Instead, he takes value from the treasured wisdoms that many traditional religions and philosophies offer, in a quest to uncover a deeper understanding of the nature of existence and consciousness.

“The beautiful thing about the modern age is that we’re not confined to one cultural background or tradition. We’re free to explore and examine all the spiritual wisdoms gathered by our many ancestors, and vastly deepen our own understanding of this reality.”

Coming of age as an artist in the era of COVID-19 comes with difficulties. Getting the word out about his films has been difficult, and he has yet to be able to hold any kind of public viewing. Instead, everything is published and shared online where it competes for attention with the thousands of other videos uploaded each day.

“It’s kind of tricky in this day, where there’s just so much content always coming at people. There is a slight fear or concern that we’re making these films, but they might just get lost in the sea of the internet.”

Although he hasn’t been able to show his films publicly, he has found some success on the Film Festival Circuit so far. Although still awaiting selections, The Dance of Samsara has been named a semi-finalist by the Paris Women’s Festival, the Esoteric International Film Festival, and has been picked up by the Psycadelic Film and Music Festival.

With these Film Festivals hosting online events, Mana is unlikely to be able to travel to see his film on the big screen. But, with the world beginning to reopen, he hopes this may become a possibility soon. 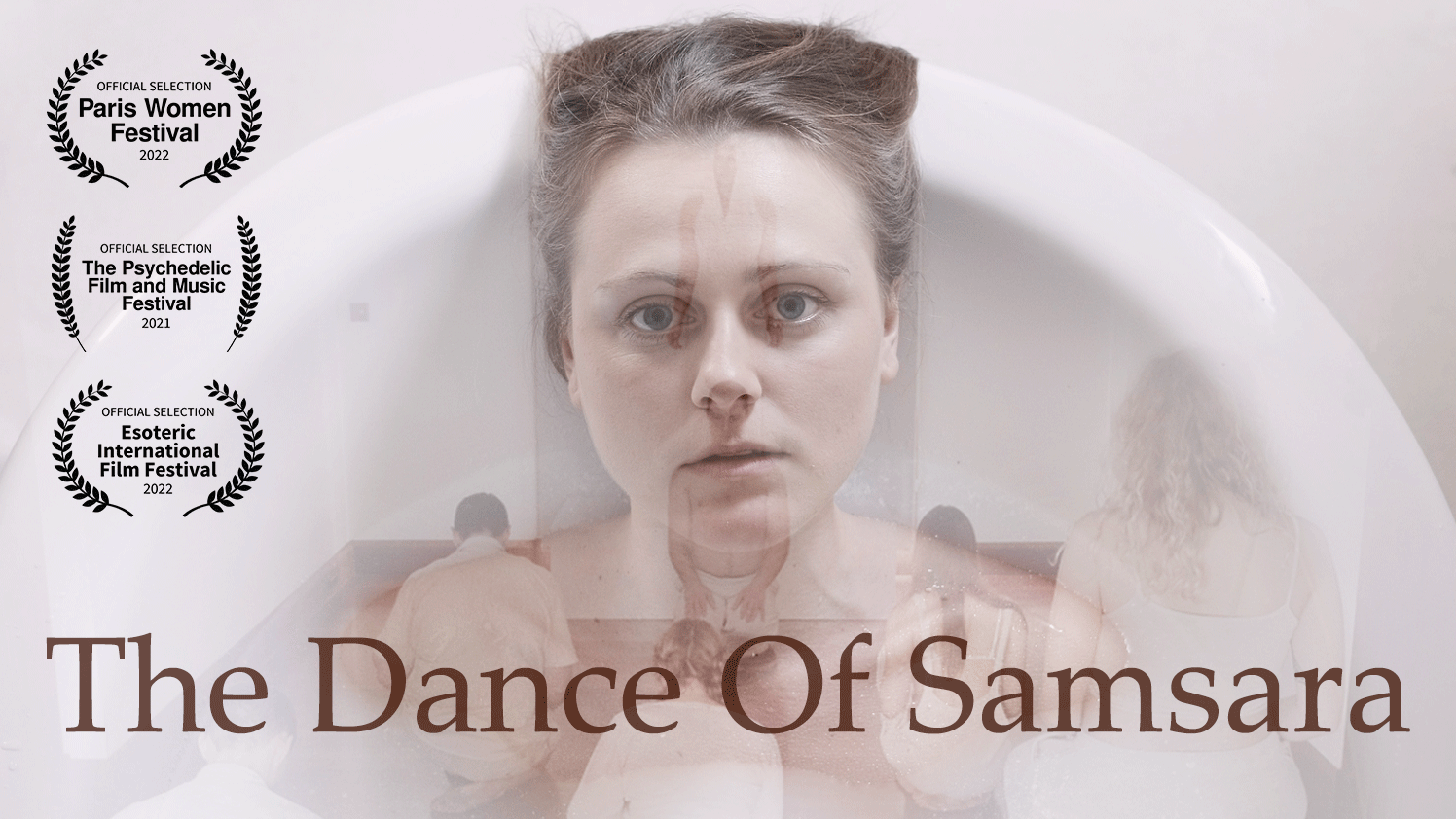 Mana and Sita are currently in the process of filming their next short movie, The Resilience of a Woman in Pain is Quiet. They’ve taken a shift from the surreal to the hyper-real, with a raw portrait of a young woman suffering from endometriosis – a common reproductive disease in women that is only recently being recognised and taken seriously. The story is based on Sita’s own experiences living with this illness, it’s emotional toll and the physical limitations it brings.

“Taking a plunge from surrealism to a ‘documentary’ style hyper-realism narrative is something we’ve both been craving since our adventures into the strange world of The Dance of Samsara. This raw, naked style of storytelling is perfect for expressing the personal, humanistic content of this next film.” 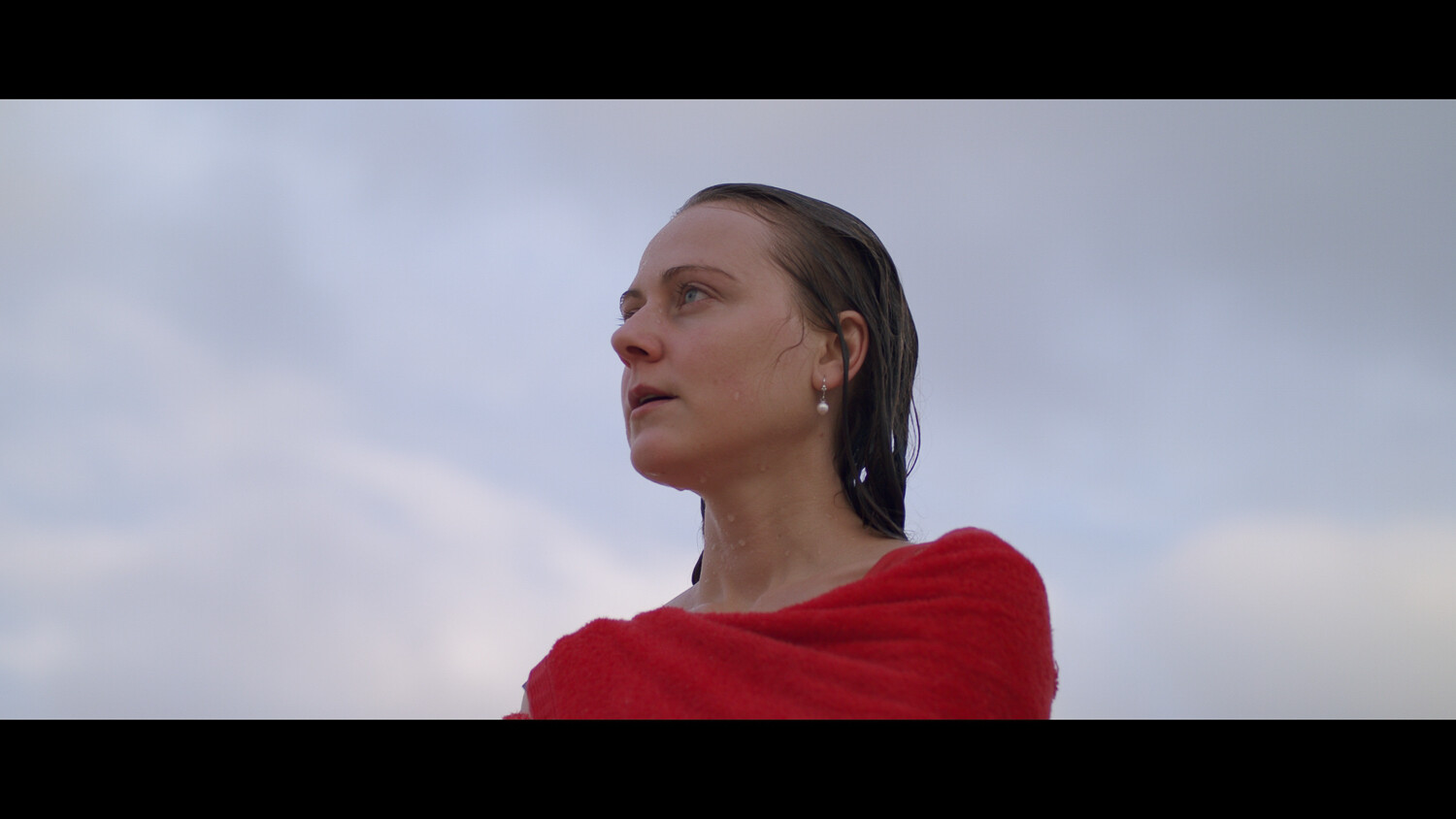 A still image taken from their new film, The Resilience of a Woman in Pain is Quiet. Courtesy of Mana Bennett.