Everyone has had that moment they think to themselves, ‘it would be really cool to write a book one day’. Very few sit down and write one. When Madeline Te Whiu started writing her debut novel The Assassin Thief, she had no idea how incredible the long road ahead of her would be.

A self-described ‘book nerd’ since the day her mother started reading her the Lion, the Witch and the Wardrobe as a bedtime tale, writing was an obvious choice for Madeline. When she told her husband her plans to start writing, he immediately went out and bought her a laptop. Although, she believes, he may have just been trying to call her bluff… 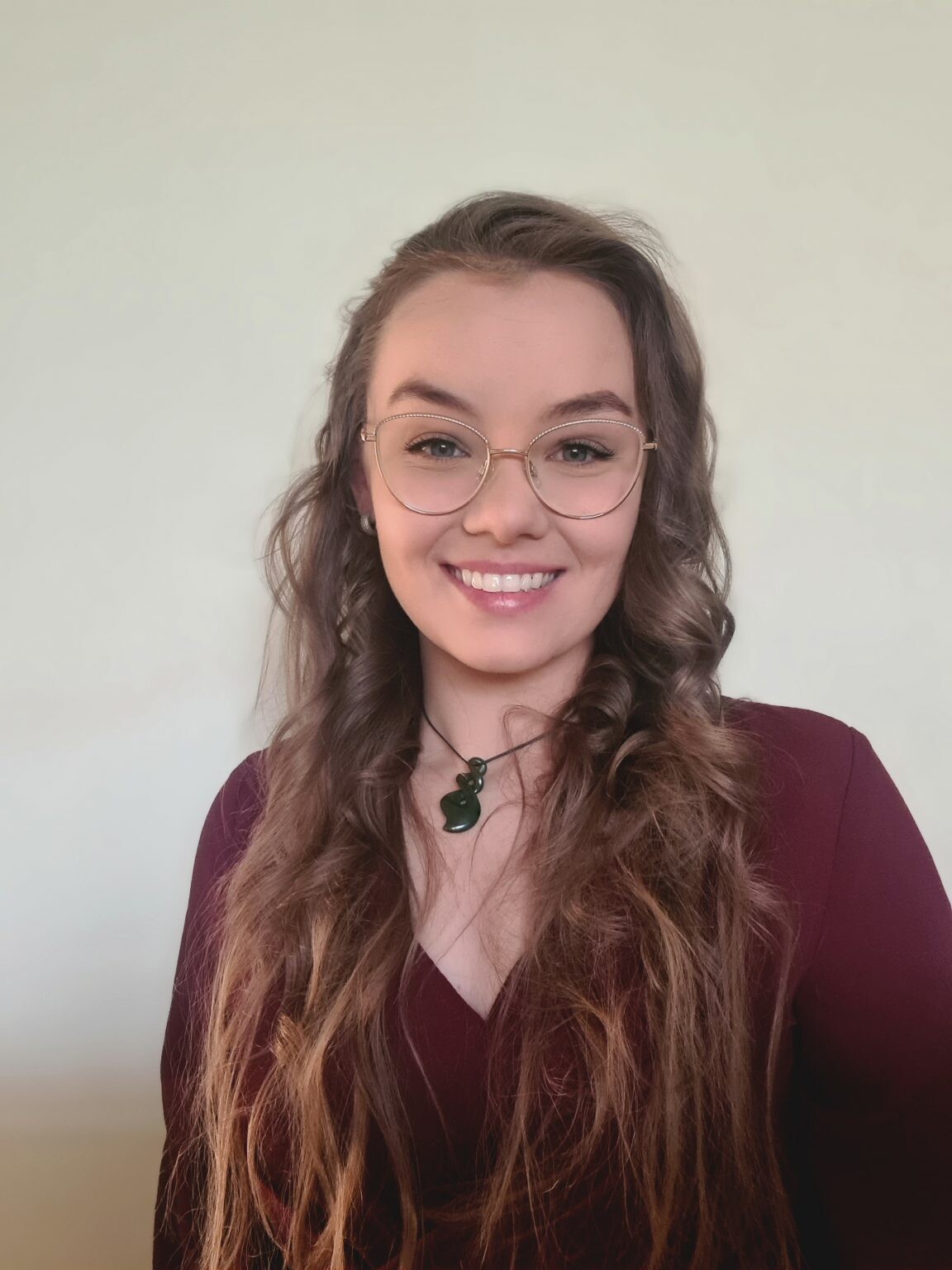 Although she had never written professionally before, she was determined to make it happen. From day one, Madeline says she treated writing like a second job and gave herself a goal of 4,000 words a week; No ifs, buts, maybes, or ‘I can’t be bothered’s. The only problem was, she didn’t know where she wanted her story to go.

“To be honest, I was a pantser. That’s what they call you when you just sit down and write without an outline. A pantser, writing by the seat of your pants. That was working for me, until I got about halfway through the book and wrote myself into a corner.”

Sitting down to write an outline for her story, Madeline quickly realised her problem. She didn’t just have just one book – she was writing a trilogy.

Readers of The Assassin Thief, the first of The Soul Thief Trilogy, will find morally grey characters, enemies to lovers, and a strong female lead who is on a quest for revenge and redemption trying to find her place in the world.

Madeline says it was important to ensure her book featured diverse characters that were reflective of her own community. Having grounded the book in real-life experiences, she hopes it will help spark interesting conversations. 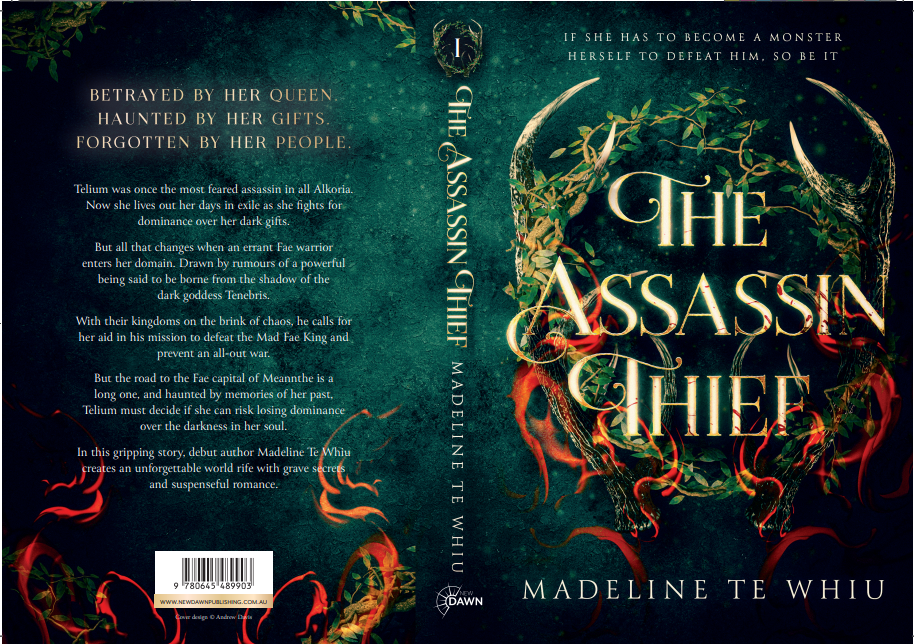 Having watched a loved one go through this exact scenario, Madeline explains how she watched the events unfold as people struggled to come to terms with a new reality.

“It’s interesting what people take away from having those sorts of experiences. I guess that’s what I really love in books. I could read a book and say, ‘I thought that character was amazing and she made the best decision she could, given the situation’… and you might read it and go, ‘How could you think that? That’s so awful.’ I liked where those two ideas met, and I wanted to explore it. What do people consider to be good and evil and are people redeemable?”

Madeline believes that exploring in-depth ideas within the fantasy genre allows her to bridge more sensitive topics with her audience. As an avid fantasy reader herself, she understands the need for escapism and believes fantasy allows the reader to take a step back when themes start to hit too close to home. After all, how can it be truly real if there’s dragons?

Hailing from a small country town in regional South Australia, Madeline didn’t feel like she had a lot of opportunities open to her after graduation. She wanted to make her own place in the world but couldn’t see herself moving to the big city. Instead, she worked for a little while in regional areas of the Northern Territory before travelling across to Western Australia. Now living in peaceful North Dandalup, she can’t imagine going anywhere else.

After working a variety of odd jobs in hospitality, grain silos, and on cattle stations, Madeline decided to study to become a veterinary nurse. It was at this time she also met her now-husband and everything started to click into place. He, too, was a WA transplant, originally from a large Māori family in New Zealand.

In 2019, Madeline officially took on her new surname of Te Whiu (pronounced ‘teh-few’) in a beautiful wedding ceremony in rural New Zealand. The couple kept it traditional; their reception was held in a Marae (meeting house) decorated with gorgeous carvings, after being officially welcomed onto the grounds in Te Reo Māori by the matriarch of the family. 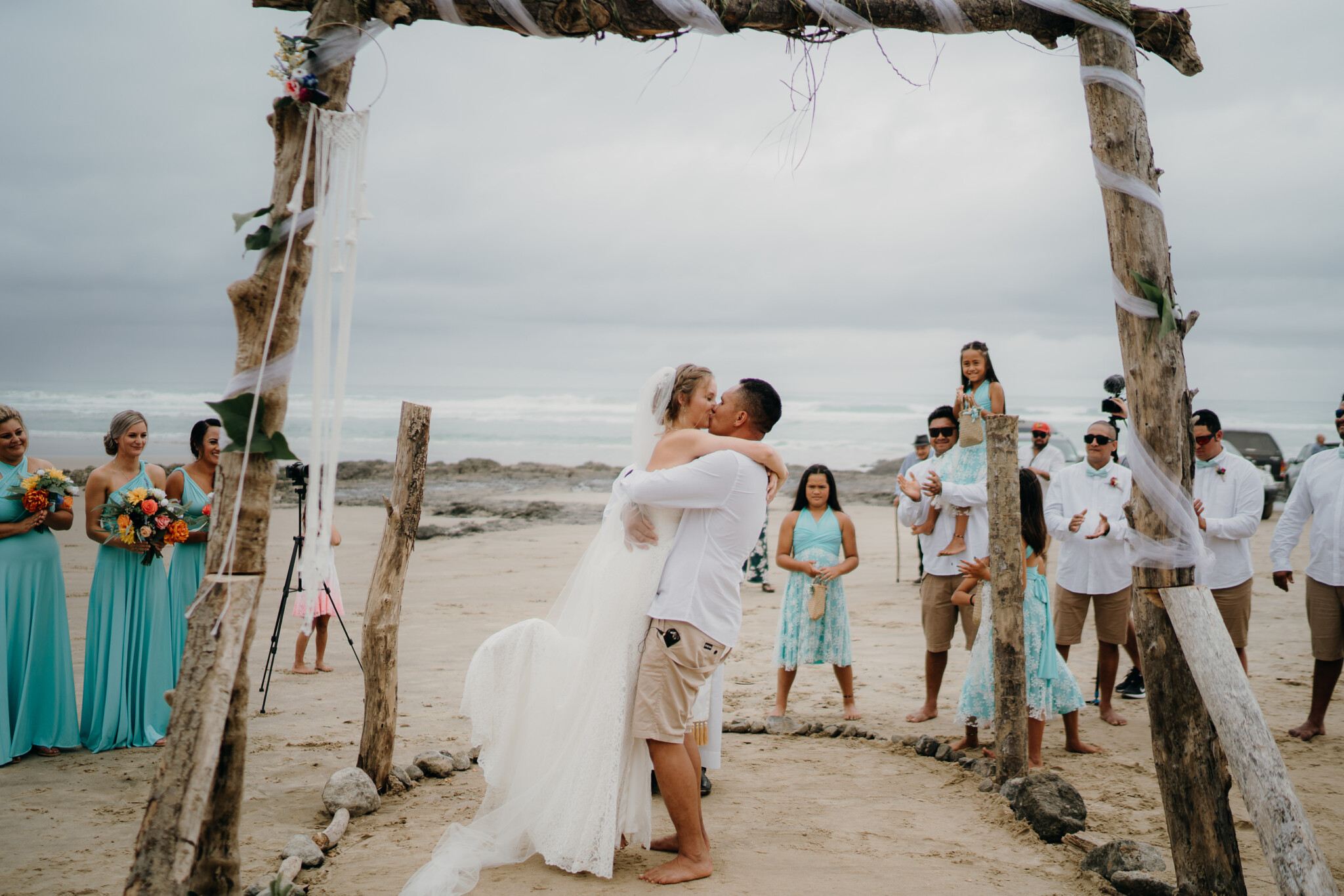 Māori language and culture has been a huge inspiration for Madeline throughout her book. While creating her diverse characters of Human and Fae, it made sense for each to have their own language. So, she set about creating a new language informed by Latin and Te Reo Māori. What started as just a few phrases has since blossomed into almost three pages of Fae language translations.

“I was inspired by my partner, because even though English is his first language, he will be chatting away to family and just have drops of Te Reo Māori in the conversation. Instead of saying, ‘come for dinner’, they’ll say, ‘it’s kai time.’ I integrated that into the Fae language so they would have small phrases like yes, no, and other little bits of Fae when they speak.”

It isn’t just language Madeline created for her book; she also designed a map to plot out the worlds in her story. Proclaiming she cannot draw to save her life, Madeline explained her initial map was simply made of A4 marker blobs – squiggly lines to represent forests, and triangles for mountains, with place names based on Latin and Te Reo Māori.

As her character progressed through the story, she added to her sketch. Filling in towns and natural elements around the locations of the main story. Essentially, she created a true three-dimensional world for her characters to explore. While she was embarrassed to pass her sketch on to a map artist, Francesca Baerald, she was amazed by what they were able to create from it. 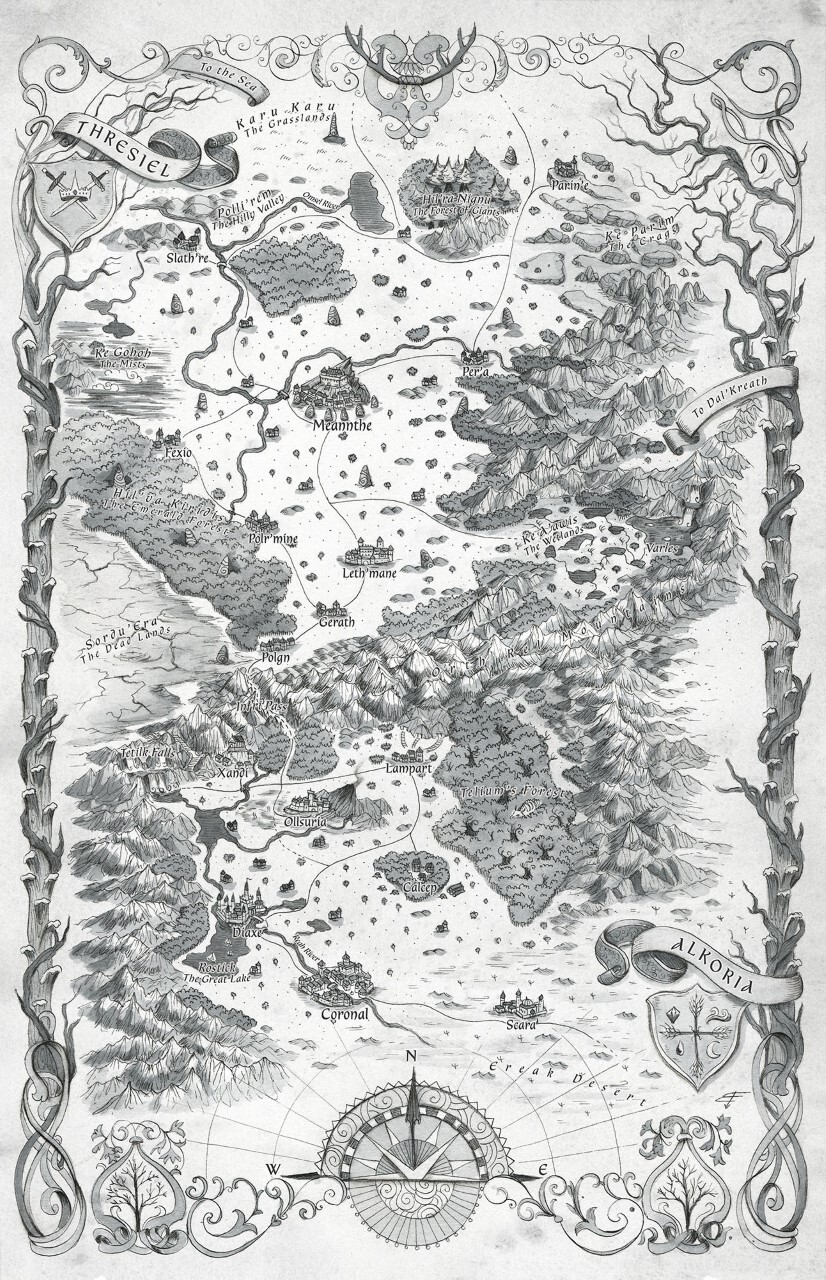 Madeline also found inspiration in the landscape around her as she was creating her world, spending time hiking in forests, enjoying the beach, driving through fog, and sitting by streams all while letting her imagination run wild. She believes living away from the hustle and bustle of the city has allowed her to not just experience life, but to really feel it.

“You know that feeling you get during a storm – where you feel really small and really big all at the same time? You have your cup of tea and you look out the window and see the storm with its lashing rain and thunder? I love those sorts of feelings. I get that feeling at the beach as well, and in bushland. I get inspiration directly from my surroundings. From how they look, smell and feel.”

While the peace and quiet of North Dandalup has been very settling for Madeline, it has also meant a lot of travel. Still working as a veterinary nurse, Madeline travels to and from work daily, and has now added travel for editorial meetings to her day. But, she says, she wouldn’t change it for the world – besides, driving does wonders for her writer’s block.

Writing the book was only part of the battle, as Madeline learned once she completed her draft 12 months in. She spent months editing it herself, before she even started to pitch it to publishers.

Rejection after rejection immediately started coming her way. Emails reading, “I’m just not the person to champion this book.” After, Madeline estimates, about 50 rejections she started to question if they weren’t the right people, or if she didn’t have the right book. She had put so much time and effort into this book, though, that it seemed silly to let it go.

Picking up a five-week course at the Australian Writers’ Centre, Madeline realised it was her structure that was lacking. So, she picked up an extra course to help with that, followed by a course on self-editing. From there, she rewrote the first third of the book and made significant edits throughout the rest. Hearing from experts helped Madeline find the pieces she was missing in her first round of edits.

“When you’re doing a jigsaw puzzle, you can just stare at the puzzle for ages not finding the right piece. Then, someone else just walks on past and points it out to you like it was nothing. That’s what editing is like; A fresh pair of eyes to point it out to you.” 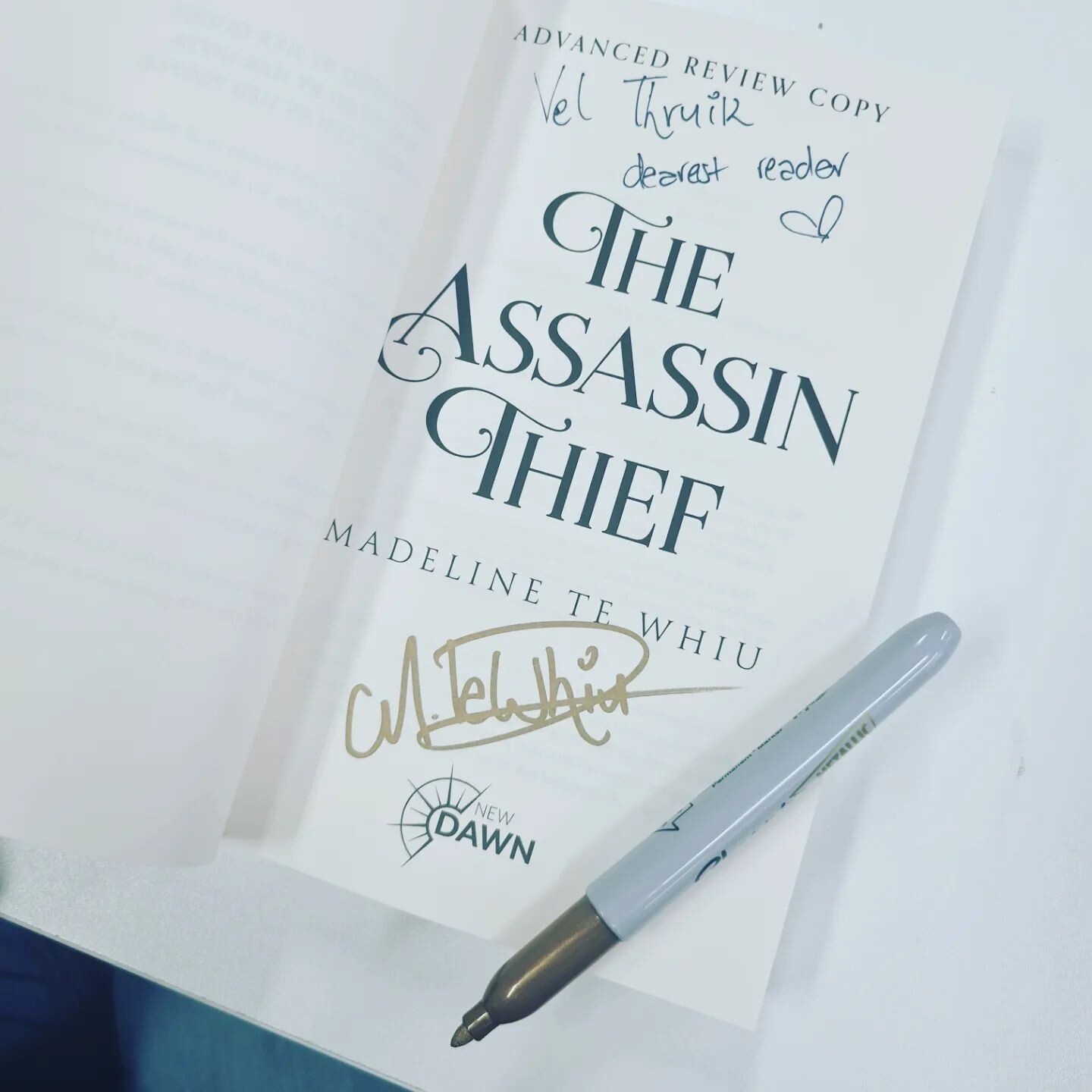 Two years into her journey, Madeline signed up to a seminar at the Rockingham Writers’ Centre. As part of the seminar, people were open to review and critique your writing. Even more exciting, there were a couple of spots for fantasy and sci-fi readers to pitch their works to an agent.

Excited at the opportunity to get more feedback, Madeline was disappointed when the seminar series ended up being cancelled due to COVID restrictions.

“I had spent two weeks preparing this pitch. It was face-to-face, which stressed me out, because most pitches are by email. You can write the email, read it, and fix it. Face-to-face was so different. After two weeks of getting ready to pitch, they cancelled it. I was so sad, I felt like I had crashed and burned. Then on the Saturday, I got a call from someone asking if I still wanted to pitch. Turns out because it was just one-on-one it was still within guidelines! I said yes and got stressed all over again.”

Madeline pitched her book to Serenity Press, sending the agent three chapters and a synopsis. To her delight, they loved it and requested the full manuscript. After two weeks of anxious waiting, her dreams came true – she had been picked up by New Dawn Publishing.

Image: From signing the contract to printing the books. Supplied by the artist.

Since that day, Madeline has been back to the editing room multiple times. She has worked with her publisher, editors, artists, designers, and marketing agents to get her book ready for publication. She now has a whole new appreciation for the time and effort that goes into the many books stacked on her shelf.

After seeing all the extra time and effort people put into helping her improve her book for the better, Madeline says she always makes a special effort to read the acknowledgements at the back of other author’s books.

The Assassin Thief will be released on 15 October 2022 and can be purchased directly from New Dawn Publishing, Dymocks, QBD Books, Booktopia or Amazon Australia.