From teaching himself music from an early age, to supporting young people to pursue their passion for music, Broome based acoustic singer songwriter AJ Moore has his heart set on recording and touring Western Australia.

AJ is from Yawuru and Jabirr Jabirr country. His country and roots musical style reflects a strong connection to the land and an appreciation for the small things in life.

He says that his point of difference as a musician is a focus on being “joyful” and “positive” in his music.

“I like to make other people feel good and have a positive view on life,” he says.

“I like to look on the bright side of things. We all have our downs. Life is short to dwell on things. When I look at the other issues in the world, my life is not so bad.” 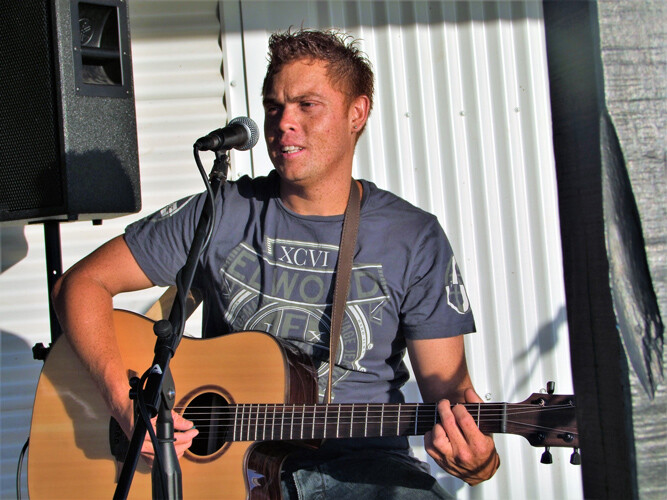 At the age of 10 AJ fell in love with music, a love that has continued throughout his life, with strong support from his mother, and uncle who lived next door. AJ would hear him playing guitar and singing in the backyard. He remembers jumping the fence with his own guitar in-hand, to play and sing along.

After 15 years as a plumber and travelling the length and breadth of the Kimberley with his work, he now works as a Boarding Supervisor at Broome Residential College – where he has helped to kickstart a youth band with some of the students. While AJ may not be their formal music teacher, he guides, coordinates, and mentors young students who are developing their existing musical skills. AJ also advises students during rehearsal, helping them to develop ideas and improve their teamwork.

The youth band had their first performance this year at an awards night in front of parents and friends – AJ could not have be prouder of his students.

“The best part about it is after they played, they were on such a high. They loved it. They enjoyed it. I loved to see the joy in their faces.”

AJ is a self-taught musician, who started with his primary school songbook – Kimberley Songs – and learnt basic chords. AJ also watched and studied other performers, and afterwards would go home and try to copy what he saw and heard.

He started off playing cover songs by artists who inspired him, and he would occasionally be invited on stage by other bands to do a song or two.

“There are so many different artists I love but I had to pick and choose a few it would be the Eagles; as I love the way they gel together with their harmonies and their musical instruments are very pleasant, Doobie Brothers; I seen them once in a festival and I was in awe so exciting and great performers, and Zac Brown Band; I love his style of music country feel to it, but also toe tapping pleasant to listen to and get up and dance.”

AJ performs as a solo artist playing originals and covers, or with his band Blue Bone Baby, which he’s continued to perform with since his very first live gigs. He has gone on to perform at The Taste of Broome, Shinju Matsuri festival, Mango Festival, most local resorts, Turf Club on race day, rodeos, whale watching boat cruises, and at bars and pubs around Broome, Derby and Fitzroy – plus a steady stream of requests to play private gigs for functions. 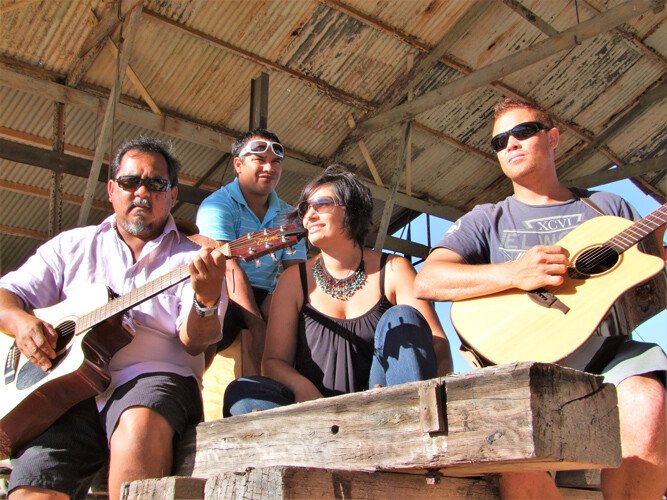 The guitar is certainly AJ’s focus, alongside his songwriting, but he also dabbles in bass guitar and drums.

“I’m pretty good on the triangle,” he says – and while he might be having a laugh, his variety of musical skills is certainly nothing to be scoffed at.

When it comes to songwriting, AJ speaks to his belief that songs shouldn’t be forced, rather, let a song emerge at the right time.

“My music is about life experience. I want it to be real and authentic. To do that you have to experience life,” he says.

“[The song Clouds] is about my experience when I was young, and I left home. I hit a few bumps along the way. You learn from your mistakes and the next time you hit those bumps you are prepared. You get stronger as a person.”

Clouds is one of eight songs AJ has written that he is hoping to record.

He believes living in Broome has given him more confidence as an artist, as local audiences are very appreciative and supportive. He says that regional communities identify and recognize the wonderful talent and uniqueness of local artists and what they have to offer. 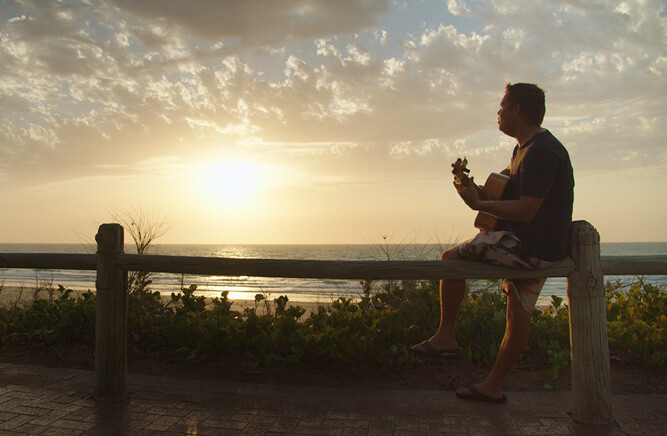 During the COVID-19 lockdown, AJ was approached by locals to perform songs via live streaming on Facebook by request. One thing led to another and he ended up posting various songs and receiving so many song requests that he couldn’t keep up with the demand with his work commitments too. He is now keen to find the right balance to do more.

More recently AJ was invited to perform at the Community Cabinet Reception on Sunday 20 September at the Broome Civic Centre, as part of the Kimberley Arts Showcase coordinated by Regional Arts WA and Kimberley Arts Network.

“I felt privileged to be a part of it. The feedback was great. The Arts Minister complimented me for my music and told me to keep it up!”

AJ balances his full-time job and his responsibilities being a father of two with his passion for music, though he would ultimately love to pursue a career in music.

Currently working on his songwriting, AJ is honing his skills and refining his originals to get them ready for the recording studio. AJ is also keen to tour regional WA and is available for solo original and cover gigs, or with his band Blue Bone Baby as a duo, trio or full 5-piece band.