“I’ve never created a work that takes the time to consider where I am from. As family members pass on, that’s when I really feel like I want to hold on harder.”

Wooditjup/Margaret River based choreographer, producer, performer, and educator Adelina Larsson Mendoza doesn’t know what first drew her to dance. But dance and music were always in her house growing up – from both her Swedish and Mexican cultures. 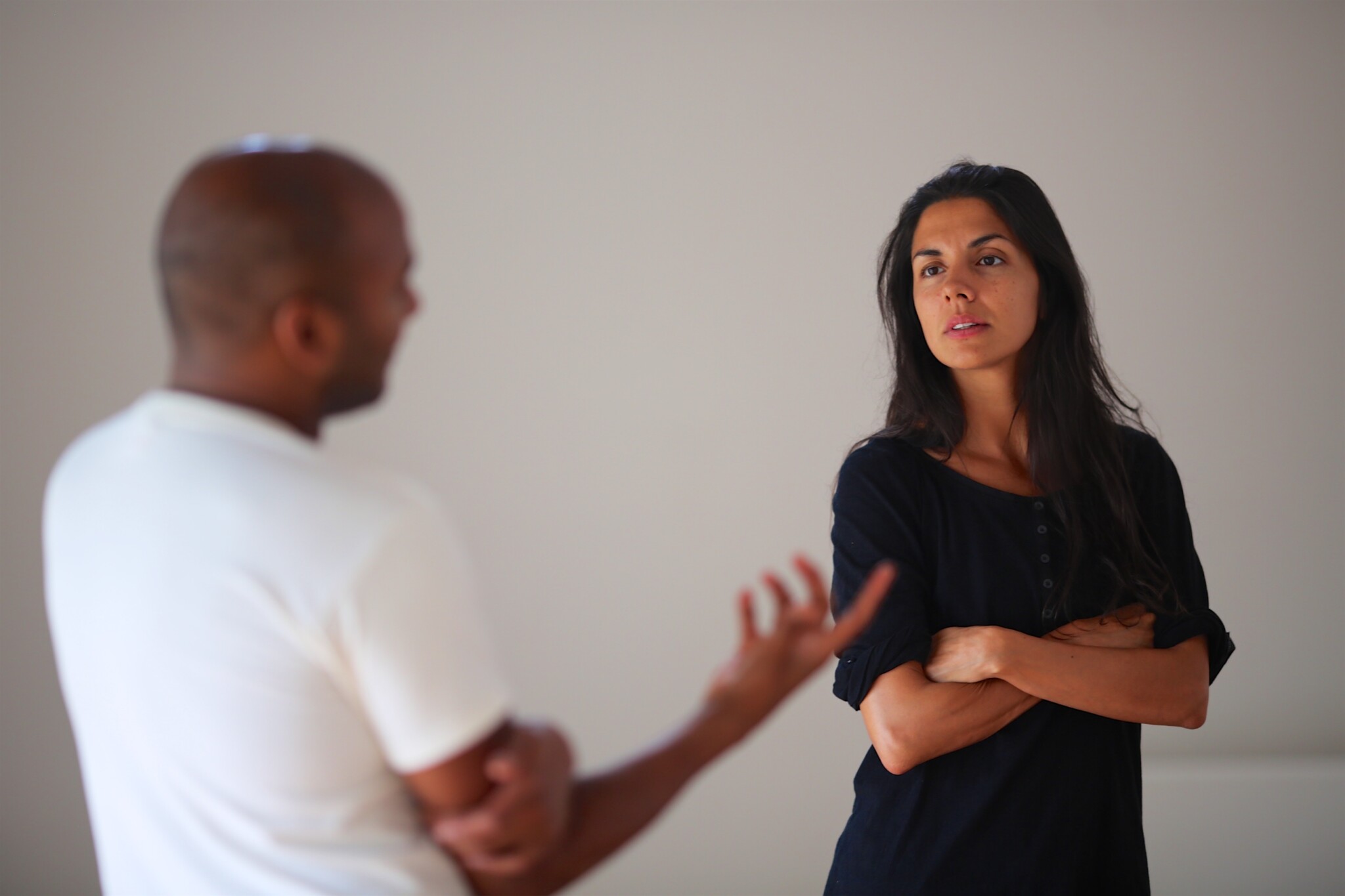 Adelina started dancing at just four years old, performing in the theatre for the first time at aged five. She formally trained at Stockholm University of the Arts, DOCH School of Art and Circus and Codarts University in Rotterdam, and even practiced professionally in the Netherlands for a while. Moving to Australia was not in her original plan, until she found herself migrating to Canberra in 2007. The only thing Adelina knew about dance in her new home was of choreographer Tanja Liedtke, Bangarra Dance Company and Lloyd Newson, Director of DV8 Physical Theatre.

Moving far away from home, from buzzing Europe where contemporary dance practices and physical theatre were flourishing and foregrounding new non-European cultural voices, Canberra felt quiet in comparison. Its arts scene was also under attack, as Adelina discovered shortly after arriving that the Australian Choreographic Centre (now Ainslie+Gorman Art Centres) had been defunded.

She quickly set her sights on instigating a new platform, one that fostered a diversity of artforms and perspectives, and that would do the important work of supporting independent artists’ practices. The result was Strange Attractor Lab, a curated residency program that provides a group of artists with studio space, production value and facilitation by nationally regarded artists such as curator and arts advocate David Pledger (NYID), Brian Walker (CSIRO scientist of ecology and resilience in social ecological systems), Astrida Neimanis, writer & cultural theorist, interdisciplinary artist Bek Conroy (Associate Director Performance Space).

To date, Strange Attractor Lab has supported over 45 artists and successfully run in Gorman+Ainslie Art Centres and Powerhouse Museum in Sydney with partners such as CSIRO, University of Technology Sydney, Sydney Festival and Critical Path Choreographic Centre for Research.

“It’s been wonderful. It gives artists the space to experiment and work on their own practice, but also the time to exchange ideas and practices with the group and guest speakers. That reciprocity and stimulation of different thinking’s is important. To bring Strange Attractor to the South West is a very exciting development!” 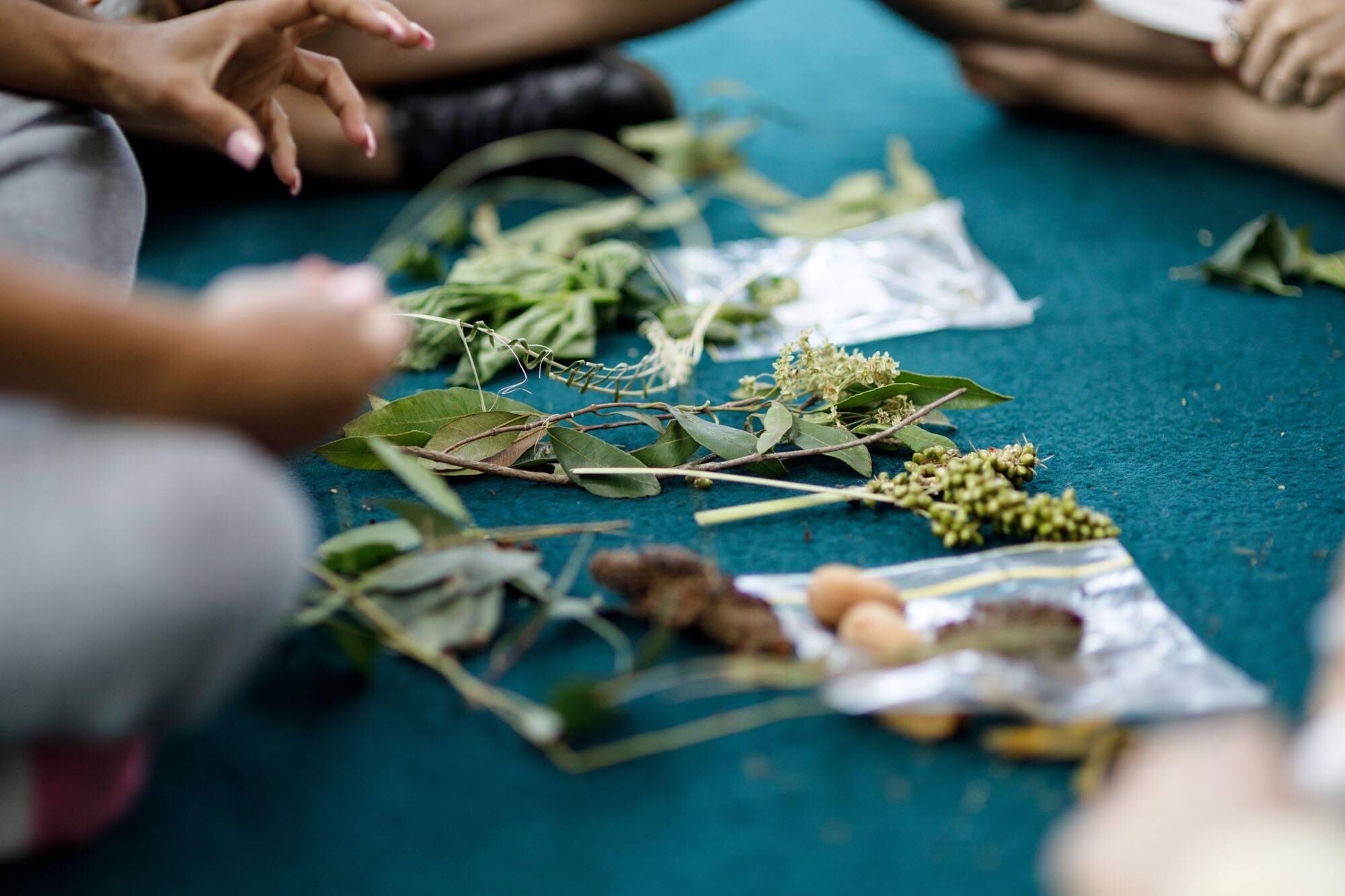 Having spent more than seven years working in Canberra as an independent artist on a range of projects such as Kill Climate Deniers by David Finnigan, with the Centenary of Canberra (2013) under the directorship of Robyn Archer, and as Director of dance festivals and in a long-lasting relationship with the QL2 Dance as a mentor for the company’s young aspiring dancers and visiting tertiary students, a new challenge was on the horizon. Keen to understand how mainstream dance institutions could reflect greater social complexity in the arts, Adelina was delighted when the then Director of the Western Australian Academy of Performing Arts (WAAPA) Dance Nanette Hassall, offered her a lecturing position in WA.

Travelling across the country in 2013, she began teaching choreography, improvisation, and contemporary technique. Now, as a continuing staff member in the Dance program, Adelina is particularly interested in applying her experience of platform creation for a greater diversity of pathways into performing arts institutions, designing an outreach program for those who may not otherwise have access to training at WAAPA. She is currently pushing for a number of exciting opportunities to coincide with the Regional Futures program to help in creating a vibrant regional centre, driven by ECU Bunbury Campus, that promotes regional engagement and creative practice in the South West.

Adelina has seen first-hand some of the incredible talent across regional WA and believes in creating opportunities to allow for more (young) people to build their skills and reach their potential. She has particularly been inspired by her time working with Big hART arts and social change company as their Associate Artist (2013-ongoing) in the communities of Ieramagardu Roebourne in the Pilbara as well as in Wynyard in North West TAS and Cooma, NSW.

“Working in Ieramagardu Roebourne has been significant for me. To learn about the history of the place that you are standing on is so important. I am so privileged to be working with the Ngarluma Elders and Yindjibarndi Elders and their families. Seeing their love for their Country and the work and knowledge that they so carefully pass on to their children and grandchildren is very humbling. It has fundamentally changed my understanding of Australia. I hold my experiences from Ieramagardu and my community of friends there very dear.” 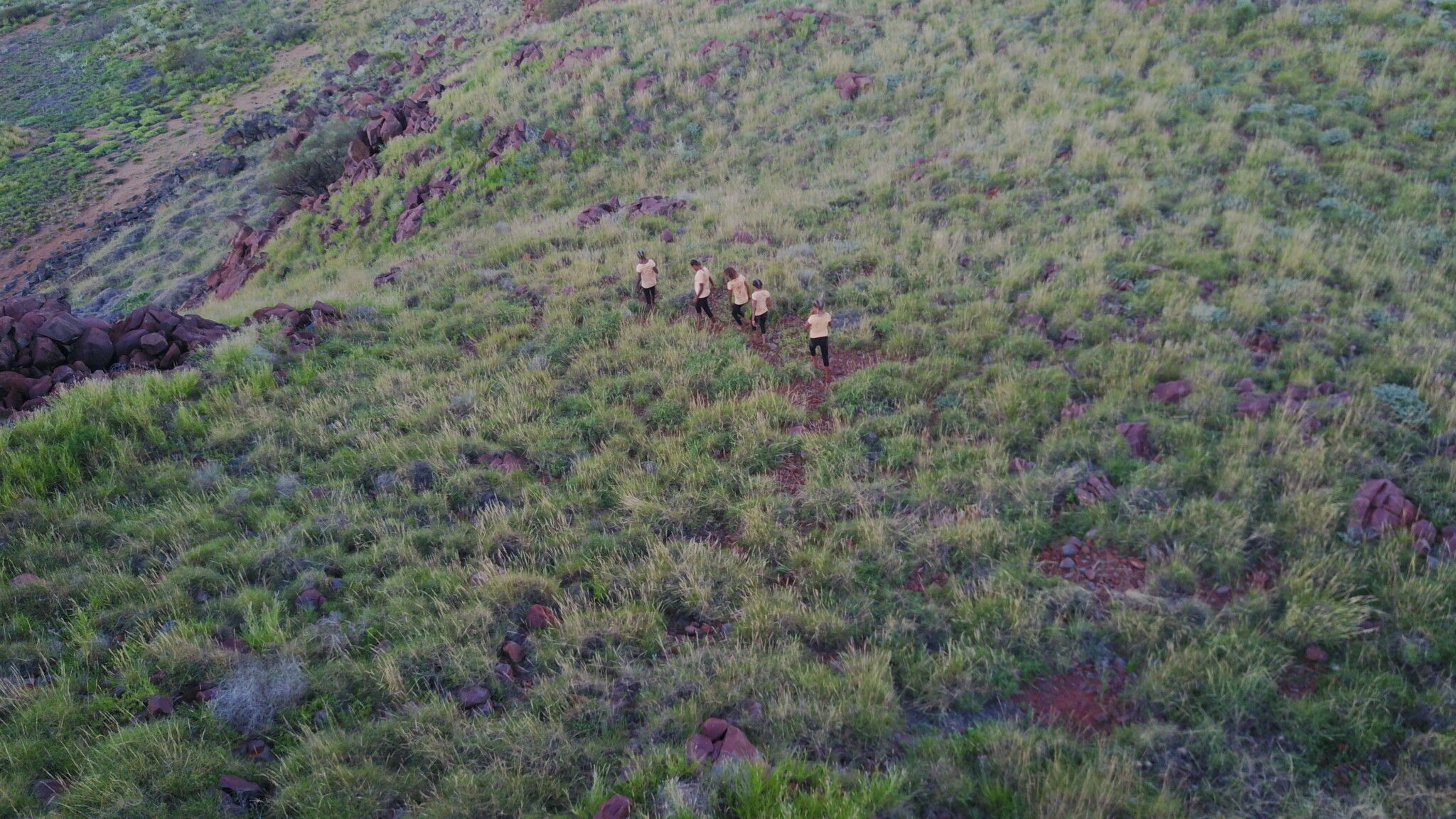 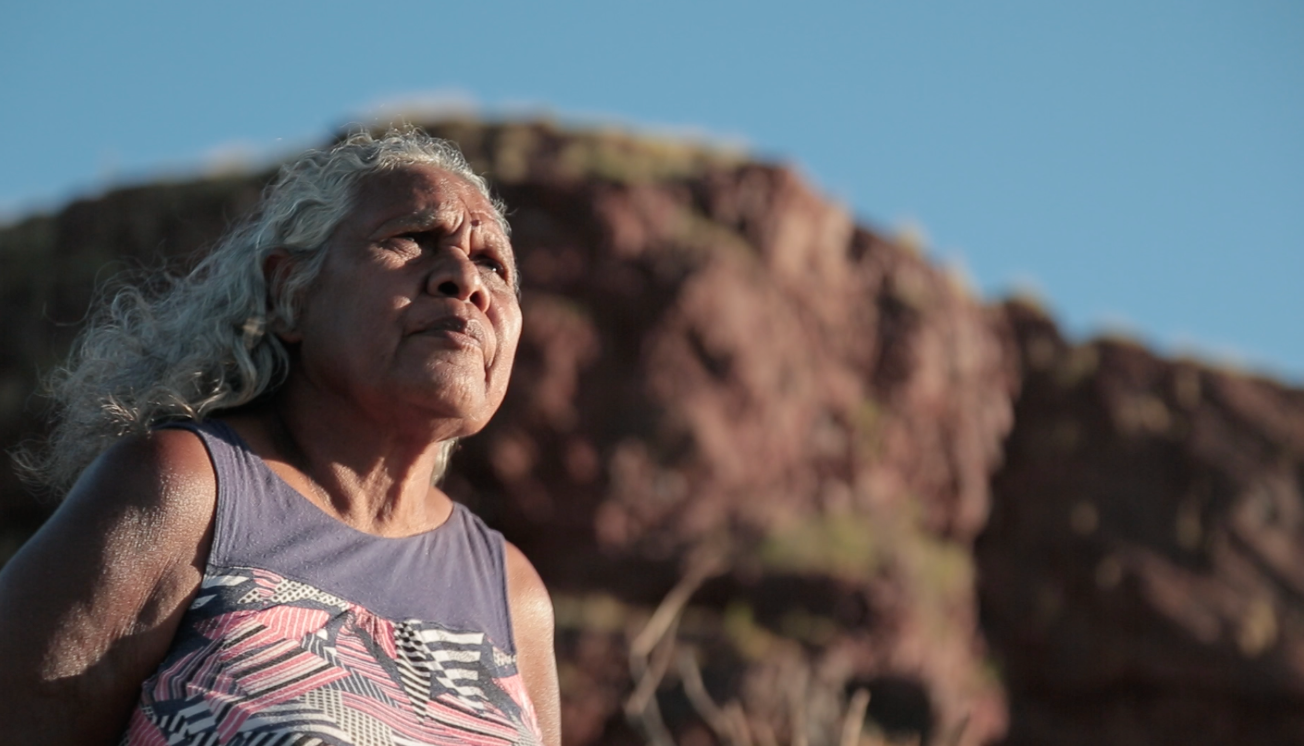 Family and culture have always been important to Adelina, who remains strongly inspired by her own Swedish/Mexican heritage. Receiving a 2021 Regional Arts Fellowship, funded by the State Government and delivered by Regional Arts WA, has allowed her to explore this in her own practice.

“My family is from two different cultures, and I’ve migrated myself into a third culture. Being away from family, and now having a child with my Australian partner, really foregrounds what it means to say ‘Home’. Where you belong, or the new belongings that you make. My fellowship work looks at my cultural heritage, and with that comes the memory and nostalgia of places, customs, and relationships. The belonging or not belonging…the politics of nationality. I am enjoying learning more about my ancestors’ cultural ceremonies and rituals, and the various myths. It is exciting to bring them this into the studio and let it all unravel. Let’s see what will come of it!”

Recently, Adelina has been able to travel back to her father’s village Färila in Hälsingland in north Sweden to document the folk music and dance traditions still practiced there. She also spent time with her 90-year-old great uncle who plays a central part of this tradition.

During this trip, Adelina made an important connection with the research centre of the late iconic choreographer Per Jonsson – an iconic contemporary dance artist who is also from Färila (Hyttebo). Here, Adelina spent time in the archives and amongst the many sets and costumes that made up the oeuvre of Jonssons’ work. A fantastic discovery that crosses Jonsson’s journey with Adelina’s is that he played folk music with her great uncle, and he also travelled across the world to Perth to perform and presented his work Schakt in 1993 upon the invitation of Chrissie Parrot Dance Company (whom Adelina also worked with). 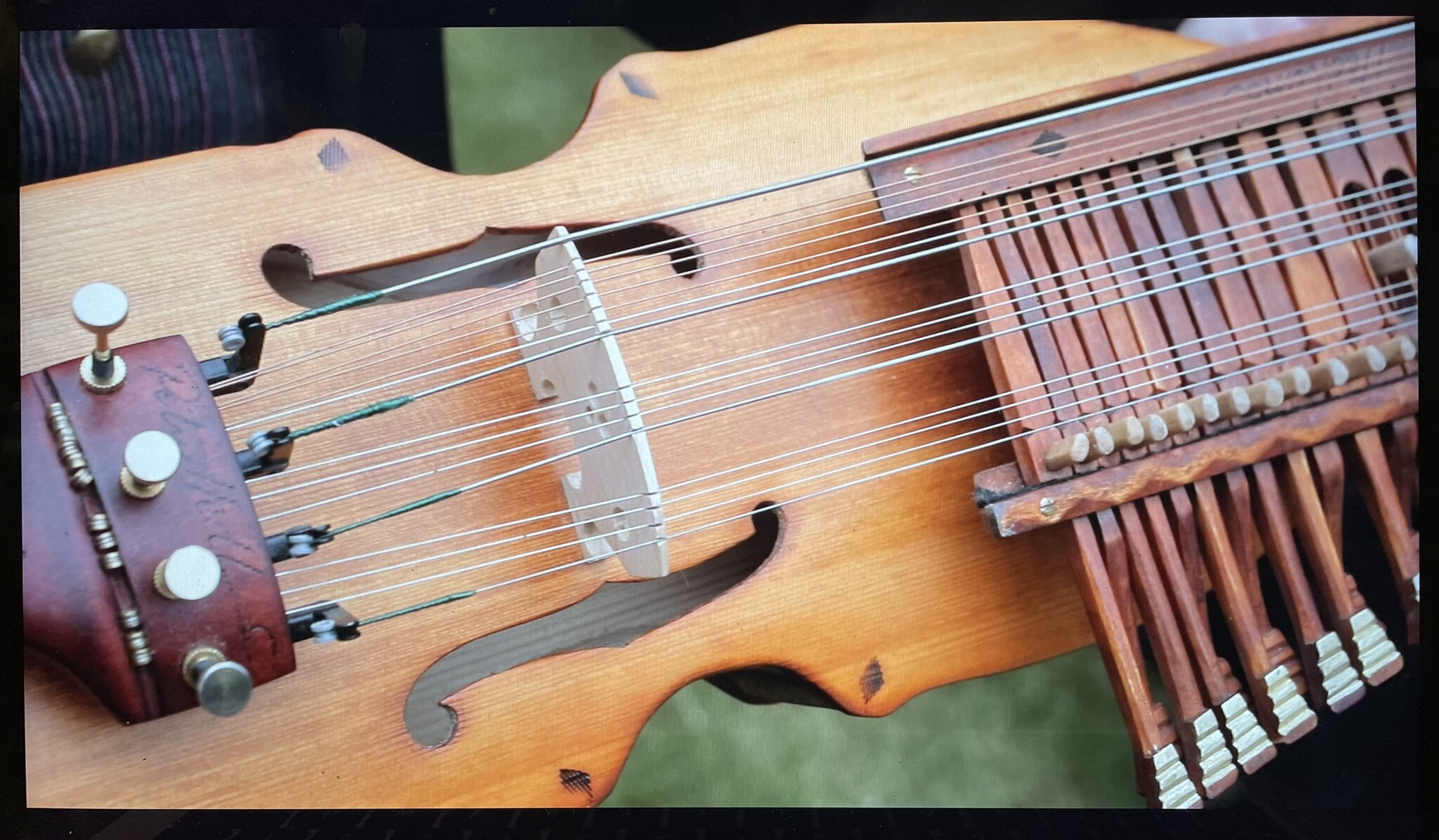 Image: Nyckelharpa at Annual ceremony of Hälsingehambon, a celebration of the traditional music and dance ritual of the myth Hårgadansen. Photo by Robert Larsson Mendoza.

While Adelina’s current practice is bodily – ephemeral, sensory and visceral – she has an interest in incorporating more material practice into her work. As part of the Groundwork Residency at Fremantle Art Centre she will take the time to develop Min Folkdans further through a gallery-based installation that goes together with her choreographic production.

Diaspora, a theme that raises questions about a sense of constant navigation and orientation, manifests not only as an ongoing search, but as a liminal state of being, an inhabiting of in-between spaces and memories.

“The material that I will bring into the studio comes from memories of my grandmother’s knitting and weaving, which unravels various techniques of weaving in Sweden and Mexico, or of vivid memories watching ‘Los Valdores de Papantla’, a tutu nakú (Totonac) ritual/ceremony, where the voladores climb up a 30-meter-tall tree/pole and descend, hanging by rope around their waist, circling until they reach the ground, calling the rain, as a way of being with cosmos. I want to draw from these memories as a starting point to let it unravel into a new set of readings and manifestations.” 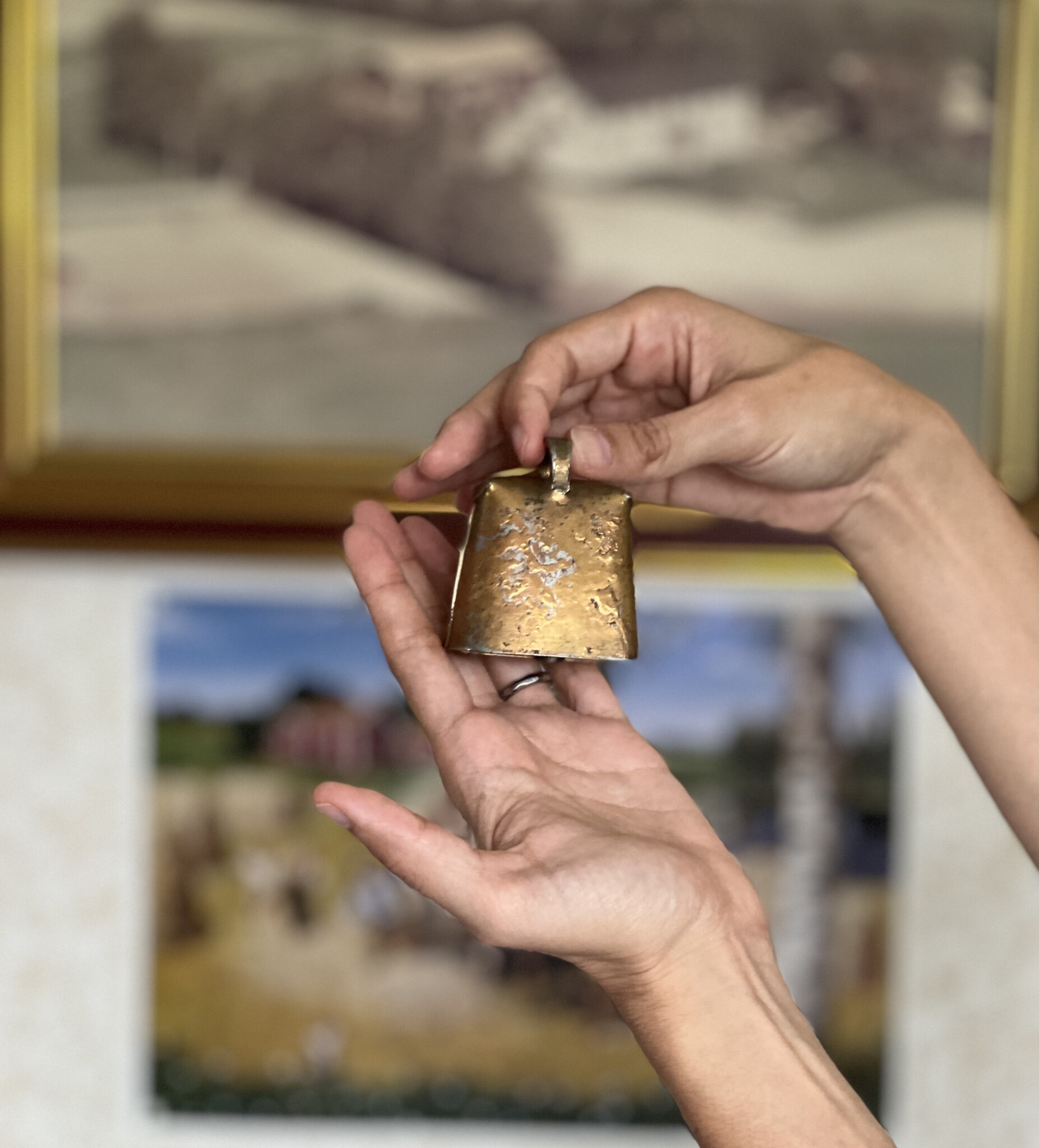 Image: Adelina holding her great-great-grandfathers sheep bell. The aerial photo in the background is of her great-grandparent’s farm ‘Nylandet’ in Färila, in which Adelina grew up. Photo by Robert Larsson Mendoza.

Now based in Wooditjup/Margaret River, Adelina can draw some parallels back to her home in Sweden. She describes it as sort of familiar, but not at all at the same time. While Australia and Sweden are very distinct countries, with very different landscapes, the bush and farmland resonate with her childhood memories. Her backyard is full of beautiful natural bush, and she feels lucky and grateful to live here. Adelina believes it is important to raise her daughter with an understanding of her Australian/Mexican/Swedish roots, and through that process she herself has come to see the Australia context as a ‘pivot’ point through which to bring the disparate influences of her family heritage together.

“I’ve never created a work that takes the time to consider where I am from. As family members pass on, that’s when I really feel like I want to hold on harder. When I became a mother, it suddenly felt so important to speak the languages of my ancestors and to see and do the things that I did as a child, with my daughter” 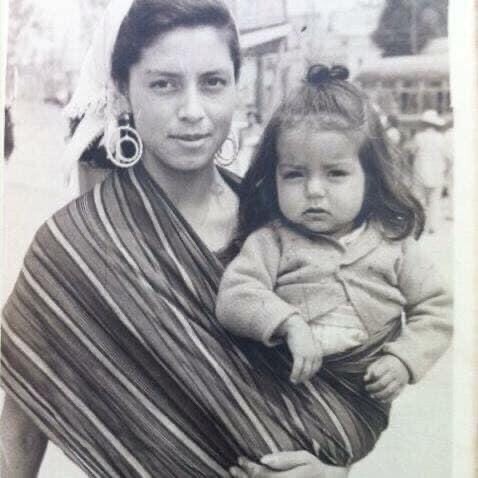