Leadership builds community in the Goldfields

In 2015, fifteen people from across the Goldfields region came together for three weekends in three locations over a three month period program including six men that identified as First Nations and nine women from a diversity of cultural backgrounds. 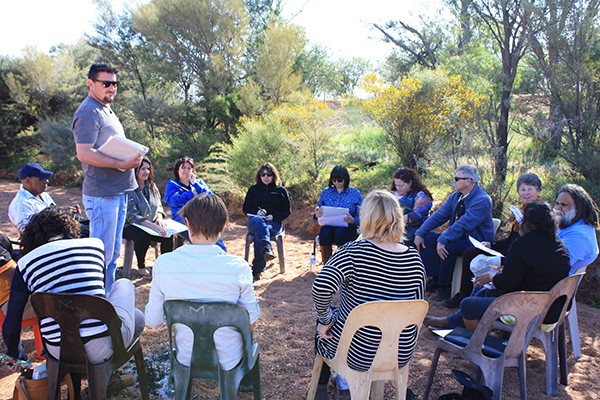 Pania Turner, the Community Development Officer from the Shire of Dundas and James Schultz, a Ngadju man from Norseman participated in the program and they are clear they want Norseman to be a tourist mecca not just a drive through on the way to somewhere else. Norseman is half way between Esperance and Kalgoorlie and it’s the gateway to WA from the eastern states. More than 700 cars drive through a day and most drivers stop at the BP for a coffee and toilet break and carry on.

Out of Pania’s participation in the [the] Leadership for Community Building program, she secured $1.6M to build a Great Western Woodlands Interpretive Centre. James developed the Ngadju Cultural Tour and they both worked with Artgold and the Wilderness Society to create the Jungkajungka Woodlands Festival. This festival was created in 6 weeks with an investment of $40K in cash combined with a lot of in kind support.  Over 200 people descended on Norseman from Perth, Kalgoorlie and Esperance for the 2017 Easter weekend to participate in a program of arts and science around something the community really cares about – The Great Western Woodlands.

“The leadership training I received through [the] Leadership program has greatly enhanced my professional abilities in the area of community development and indeed enriched my leadership skills across professional, volunteer and personal areas of my life.”