The Sand Tracks pilot was launched in 2009, designed to profile indigenous artists, build a remote touring circuit and develop remote indigenous and non-indigenous audiences while building community capacity through workshops.

The Yabu Band is a desert rock/reggae band from Kalgoorlie. The group creates a powerful, unique sound drawing inspiration for their music from their heritage and culture.

Moana Dreaming is a collective of three young Aboriginal women from Perth. As a group they share their stories and life experiences through song, creating soulful acoustic music with blends of reggae, blues and roots, country R&B and pop-rock.

Shows were locally presented in Kalgoorlie and Laverton by Nooda Nguelegoo Aboriginal Corporation, Warburton by Warburton Youth Arts and Irrunytju (Wingellina) by Ngaanyatjarra Media and the Shire of Ngaanyatjarraku. 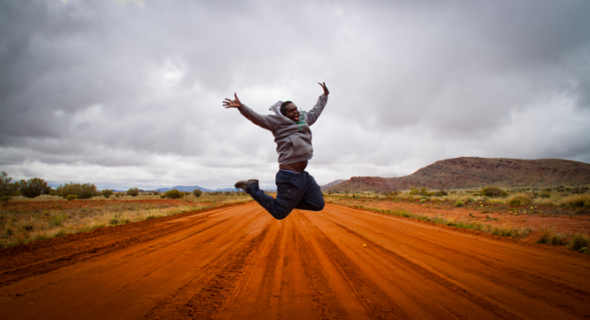