The Australian Government and Regional Arts WA are delighted to bring the Family Shoveller Band to Christmas Island and the Cocos (Keeling) Islands (CKI) this March.

Carrying its sound from the red desert of the Kimberley to the glistening shores of the Indian Ocean Territories (IOT), the Family Shoveller Band is sure to wow local audiences.

Originally from the remote community of Bidyadanga, south of Broome, the brothers were taught to play by their father, Frankie Shoveller, and now share songs in both Karajarri language and English, telling stories of their culture and life on the land, and passing their stories to the next generation. Their music has entertained plenty of fans around Western Australia, including performances at the Nannup Music Festival, Fairbridge and the State of the Art Festivals, and these laid-back rockers really know how to get the audience up and dancing. 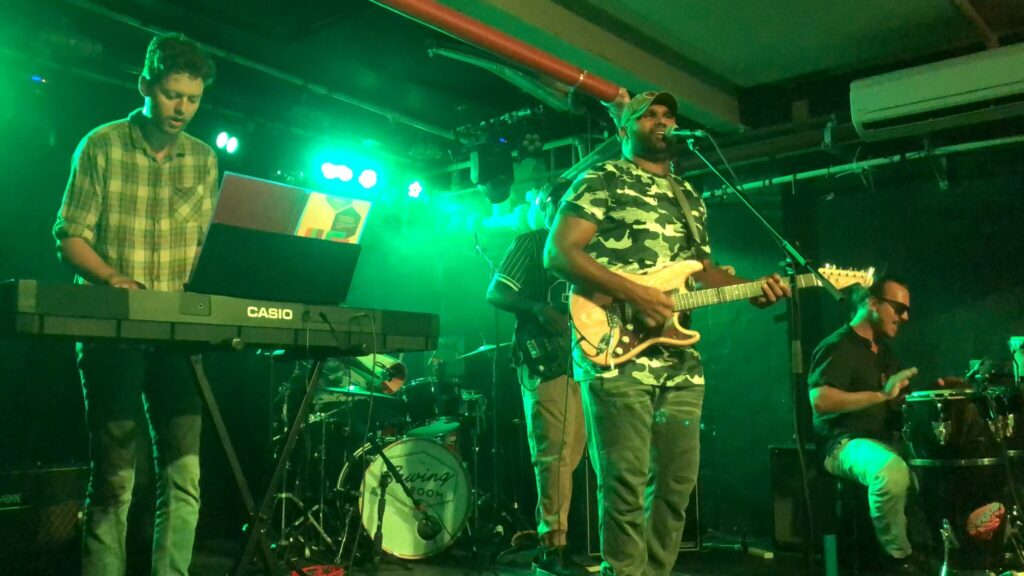 Regional Arts WA CEO Paul MacPhail says it is important that the organisation’s statewide presenting program could extend its reach to the (IOT).

“This program supports regional presenters like Arts and Culture Christmas Island and the Shire of Cocos (Keeling) Islands to enrich the creative lives of their communities with high quality performances, inspiring people from all walks of life to participate in the arts.

“The Family Shoveller Band is an incredibly talented group of First Nations musicians, who will bring a uniquely Western Australian sound to the islands.”

The Australian Government, through the Department of Infrastructure, Transport, Regional Development and Communications, Territories Division, provides funding to the WA Department of Local Government, Sport and Cultural Industries, Regional Arts WA, Arts and Culture Christmas Island and the Shire of CKI to bring arts to the IOT.